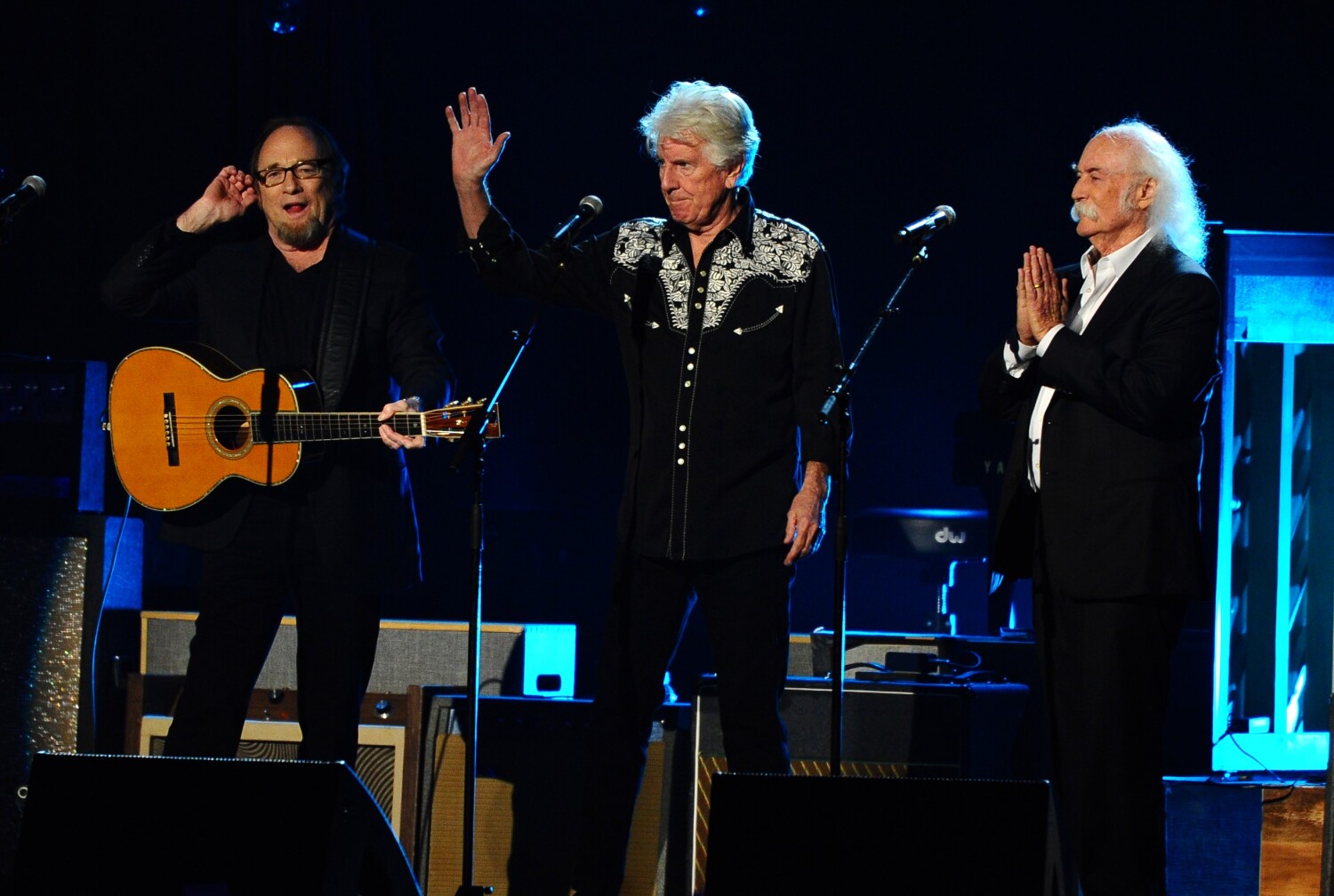 Crosby, Stills & Nash songs are back on Spotify five months after the bandmates took a stand against the streaming platform and one of its biggest moneymakers, Joe Rogan.

According to Billboard, music by David Crosby, Stephen Stills and Graham Nash can be streamed again on Spotify from Saturday. The musicians will reportedly donate streaming profits to COVID-19 charities for a month or more.

The folk rockers’ Spotify return comes almost half a year after they dropped the app in solidarity with former bandmate Neil Young. In January, Young threatened to withdraw his work from Spotify unless the company sever ties with Rogan, a comedian and divisive podcast host who has criticized pandemic lockdown protocols, voiced skepticism about COVID-19 vaccines, himself has complained about vaccination requirements and recommended treatments for the coronavirus that have not been approved by healthcare professionals.

(For the record, vaccines and booster shots have proven to be the most effective ways to prevent serious illness caused by coronavirus.)

“While we always value alternative viewpoints, knowingly spreading disinformation during this global pandemic has deadly consequences,” Crosby, Stills and Nash said in a joint statement in February.

“Until real action is taken to show that caring for humanity must be balanced with commercialism, we don’t want our music — or the music we’ve made together — on the same platform.”

It is unclear whether Young’s solo library, which is still missing in the app, will also appear on Spotify. Other entertainment figures who followed Young’s lead and quit the streaming service earlier this year include author Roxane Gay and director Ava DuVernay, and singer-songwriters India Arie and Joni Mitchell.

In response to the backlash, Rogan vowed in January to “try to reconcile these more controversial viewpoints with other people’s perspectives,” and Spotify CEO Daniel Ek acknowledged the tech giant’s “commitment to doing more to promote balance and access.” to ensure information is generally accepted by the medical and scientific communities.”

Melanie Lynskey of ‘Yellowjackets’ gets very real with us