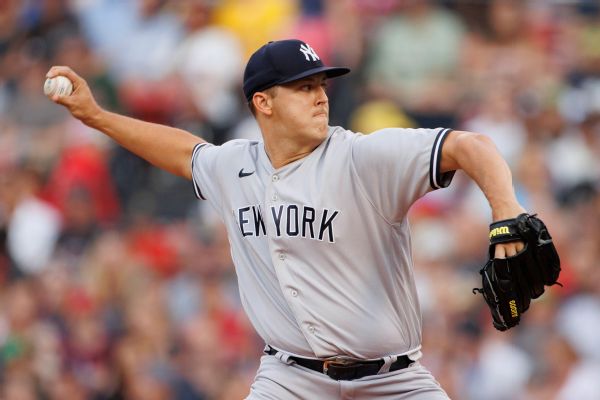 Taillon, 31, was among the top remaining pitchers and is the latest major acquisition for the Cubs, who agreed to a one-year, $17.5 million deal with hitter Cody Bellinger earlier Tuesday , sources told Passan.

A hard-throwing right-hander, he has been rebounding since arriving in the Bronx in a January 2021 trade with the Pittsburgh Pirates. He returned to form after just seven starts in 2019 and missed all of 2020 after undergoing Tommy John surgery.

He fits into the Cubs’ rotation with veterans Marcus Stroman and Kyle Hendricks and young pitchers Justin Steele and Keegan Thompson. Hendricks’ 2022 season ended early with a slight tear in his pitching shoulder, so the addition of Taillon adds further depth. The Cubs also signed right-hand Adrian Sampson and Hayden Wesneski, a July signing from New York.

Anne Heche wasn't on drugs or alcohol when she crashed car

Our experts’ favorite players to roster this season

Photos: Bill Russell through the years