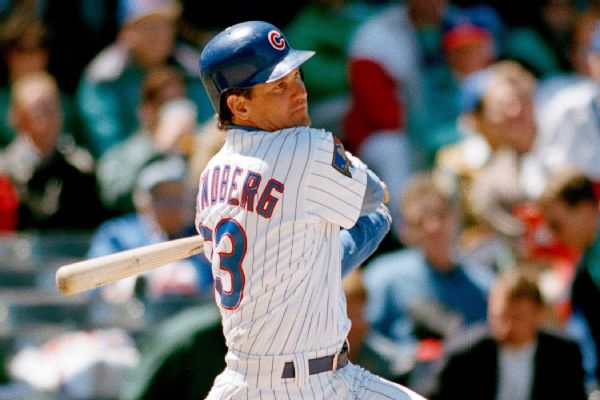 CHICAGO — Chicago Cubs Hall of Fame second baseman Ryne Sandberg will be immortalized outside of Wrigley Field in the summer of 2024 when the team unveils a statue of his likeness, the organization announced Saturday at its annual fan conference.

Sandberg learned of the honor when it was announced to the crowd – of which he was one – during a self-directed seminar on Saturday morning.

“It caught me a bit off guard,” Sandberg said with a smile.

Sandberg, 63, played for the Cubs for 15 years and was a 10-time All-Star in 1984 when he won the NL MVP. In 2011 he was anchored in Cooperstown. On Saturday he was asked what kind of pose he would prefer for his statue.

“That could be difficult,” he replied. “I was about the same, both offensively and defensively. That was my goal, to be the best in both. I don’t know if I’ll be able to pick a pose.”

A renovated Wrigley Field features the statues outside the stadium and a new Cubs Hall of Fame inside. On Friday, the team announced that former standouts Mark Grace and Shawon Dunston would be inducted into that Hall of Fame this summer.

One former player who won’t receive any of the above honors in the near future is Sammy Sosa. The team’s all-time home run leader continues to have a bad reputation with the organization and hasn’t been invited to one of their fan conventions in Chicago for several years.

Sosa’s possible association with the steroid era remains an issue for the team. During the owner’s seminar, Tom Ricketts was asked why Sosa, who didn’t make it into the Major League Baseball Hall of Fame when he was eligible despite fan demand, isn’t welcome back.

There’s a way back for Sosa that wouldn’t involve the team directly. The new team’s induction into the Hall of Fame will be chosen by a committee of current Hall of Famers along with a panel of local sportswriters. Sosa would have been eligible in 2024, in which case organizing his anchoring or ceremony wouldn’t stand in the way, according to a source familiar with the situation.

Sandberg, who was part of the Contemporary Era committee that recently failed to elect Barry Bonds or Roger Clemens into the Hall of Fame, is owned by Cubs.

“For me, what I was always taught in the minor leagues was to play the game properly and with respect,” Sandberg said. “That was my Hall of Fame speech. I think I said it 28 times. And there was a small issue with the way Sammy played the game. If that’s an obstacle, then it’s an obstacle.”