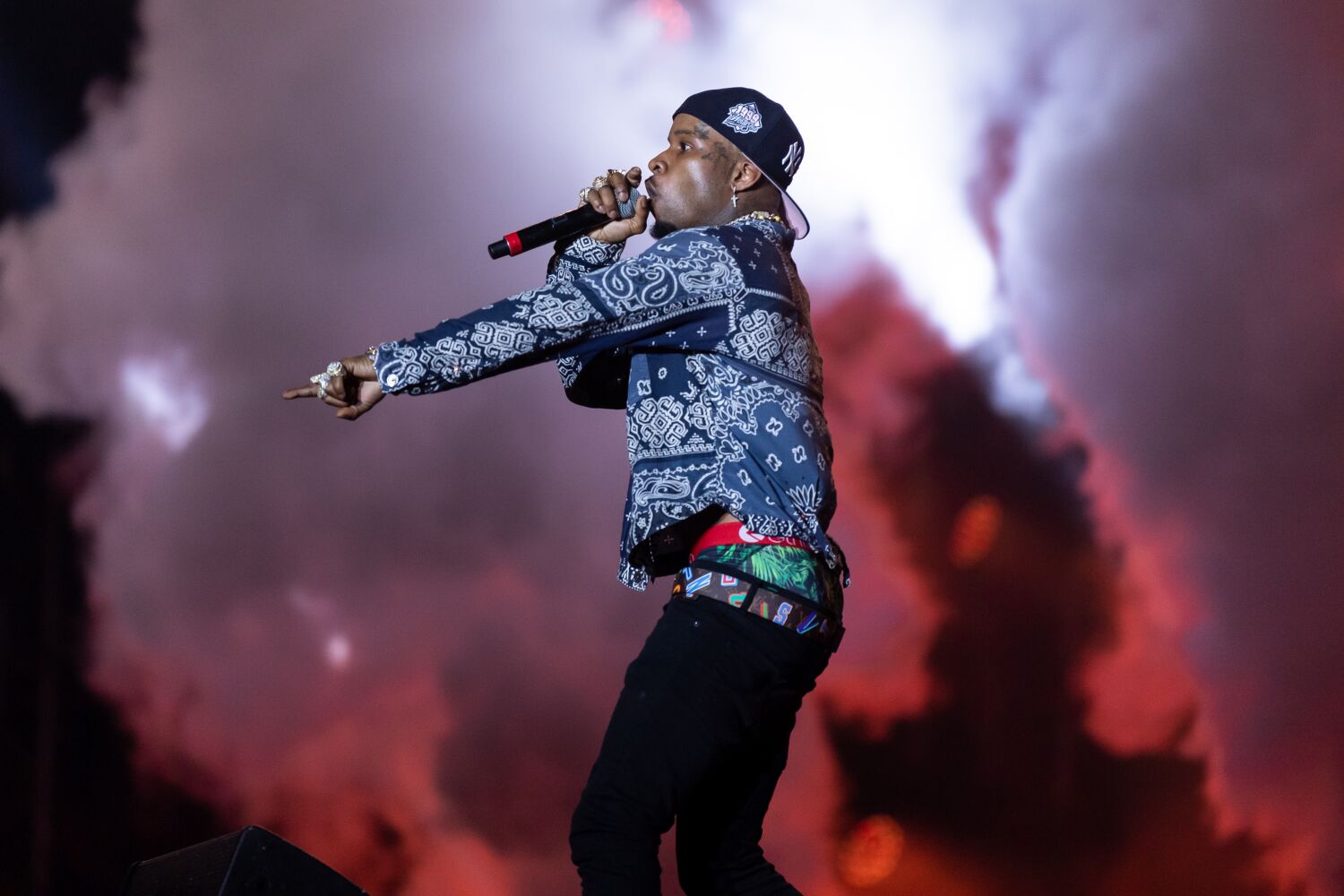 “We are aware of the allegations that the defendant assaulted artist August Alsina and are investigating these allegations,” the prosecutor’s office said in a statement. Lanez is already charged with a separate assault in which he is accused of shooting and wounding rapper Megan Thee Stallion after an argument outside a Hollywood Hills mansion in July 2020.

“The allegations are serious and are being thoroughly investigated,” the agency said.

Lanez, 30, whose real name is Daystar Peterson, is currently out on bail while awaiting trial. The rapper has continued to travel, appearing at Saturday’s Fall Back in Love Comedy & Music Jam at Chicago’s Arie Crown Theater in a cast that included Alsina.

Prosecutors are considering pursuing a bail violation against Lanez, who twice previously violated his protective order keeping the rapper away from Stallion, law enforcement sources and people close to the investigation said.

In several Instagram posts, Alsina, 30, spoke about Sunday’s alleged attack, sharing close-ups of his busted lip and wounds to his knees and elbows, as well as a photo of himself falling into elevator walls with his eyes closed. Blood ran down his mouth.

He said in the post that the incident stemmed from Lanez insulting him as he walked by and not dubbing him as they passed each other in a backstage hallway after the show.

Alsina said that while he’s a Lanez fan, he had never met the rapper before that night and paid little attention to him as he walked by. The singer, who has an autoimmune condition, said his doctor also instructed him to avoid shaking hands on tour to avoid COVID-19 or MPX.

“No disrespectful words were ever exchanged so I was a bit confused as to how he kind of made himself angry … and he stalked me when I turned my head to move to the side,” Alsina wrote, adding, that Lanez and eight other men approached and attacked him. “There was never a ‘fight’, only an attack.”

An edited video of the two rappers past each other in the hallway circulated on social media on Monday. In the video, Alsina, dressed in a black hoodie and plaid flannel, walks past Lanez, who is wearing a white t-shirt and is standing with his hand outstretched. Alsina looks at Lanez and moves on.

Lanez is visibly upset when security tries to calm him down. The video then cuts to Lanez, who is escorted by guards and several other men, walking in the direction Alsina was walking. The next cut shows Lanez walking quickly down the hallway, still escorted by guards with one bystander yelling, “Tory just said he blew August Alsina right off!”

The Chicago Police Department told the Times that “the victim” entered a police station on Sunday and filed a report of a simple battery that happened at 11:30 p.m. Saturday on the 300 block of South Lake Shore Drive, where the theater is located , took place.

“The victim, a 30-year-old man, said he was at the above location when a known male suspect approached and a verbal altercation ensued,” a police spokesman said. “Then the perpetrator punched the victim in the face with a closed fist.”

The victim refused medical attention and no one was taken into custody, police said.

According to sources familiar with the incident, there are at least two videos of the incident – one from Lanez’s camp and one from the venue.

Lanez’s attorney, Shawn Holley, did not immediately respond to requests for comment.

It was unclear how the out-of-state incident would affect Lanez’s ongoing case in Los Angeles. The Grammy-nominated artist’s path to a court hearing was complicated by multiple violations of a protective order meant to keep him away from Stallion, resulting in his bail being increased.

An LA County Superior Court judge postponed the trial until December after Lanez filed a motion to postpone it because Holley, his defense attorney, is involved in the confidential arbitration of Dodgers pitcher Trevor Bauer and is representing actor Danny Masterson in his October serial rape trial , according to a Rolling Stone report.

Lanez is accused of shooting Stallion’s feet and yelling “dance, b—!” when he opened fire, according to an LAPD officer. Before the shooting, the two were driving away from a party hosted by Kylie Jenner in the Hollywood Hills when an argument led to Stallion demanding to be let out of the car. Lanez reportedly shot her as she walked away, injuring the “WAP” and “Savage” performer.

Previously signed to Def Jam Records, Alsina made headlines in particular after Jada Pinkett Smith admitted on the couple’s infamous “Red Table Talk” episode that she was romantically involved with him a few years ago when she split from her husband Will Smith was separated.

What you need to know ahead of the 2022 Presidents Cup

The Migrant Influx Could Help With the Labor Shortage

Review: Less enchanting than its predecessor, 'Disenchanted' gets by on the charm of Amy Adams