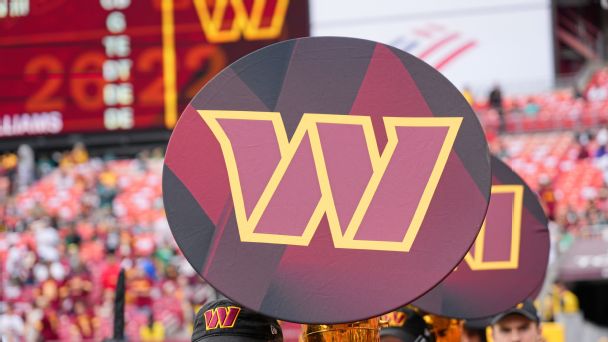 WASHINGTON — The Washington Attorney General has filed a civil lawsuit against the Washington Commanders, team owner Daniel Snyder, the National Football League and Commissioner Roger Goodell for alleged collusion to deceive fans and district residents about the league’s investigation into the team’s toxic workplace culture and allegations sexual assault to maintain a strong following and increase profits.

Attorney General Karl Racine (DD.C.) said his office is suing “because you can’t lie to DC residents to protect your image and profits and get away with it.” No matter who you are.” Racine then added, “Even if you are the National Football League.”

Racine said his office launched its investigation last fall and plans to subpoena Snyder as well as former employees, promising accountability and transparency as the case progresses through the court system.

“We will issue subpoenas,” Racine said. “We will take a statement under oath.”

Racine took a swipe at Snyder’s virtual deposition with the US House of Representatives Committee on Oversight and Reform, saying that depositions “probably take place not on a yacht but in a conference room in the District of Columbia.”

Racine claimed that while the league and team publicly promised an independent investigation, “Snyder ran a campaign of interference to cover up years of harassment” and that “the NFL let him do this and betrayed fan trust by allowing Snyder to do so.” , to have a say the end of the investigation against him and the commanders.”

“For years, the team and its owner have done very real and very serious harm and then lied about it to avoid responsibility,” Racine said. “They did all this to hide the truth, protect their image and keep the profits rolling.”

Racine said the law provides for fines of up to $5,000 per lie, without specifying the damages he is seeking.

Racine leaves office in January but said he believes his successor, Brian Schwalb, also a Democrat, will continue the investigation. He also said if the Snyders decide to sell the team, the investigation would continue as the allegations emerged when Snyder was the owner.

Four posters flanked Racine during his announcement and outlined part of the history of the team’s rebranding efforts, which included references to DC and its flag, as well as the history of the NFL’s investigation of the organization’s workplace culture.

“Dan Snyder assured fans that he would fully cooperate with the investigation and that the results could be trusted,” reads one of the posters. “That was a lie: he repeatedly tried to meddle and fans couldn’t trust results that were never released. Because Snyder had a veto.”

Snyder and the Commanders have been investigated by multiple government agencies over the past two years in connection with allegations of a toxic work culture and sexual harassment among Snyder’s possessions over the past 20 years, including an investigation by the House Oversight Committee after the NFL failed to release the results of one report compiled by attorney Beth Wilkinson, which Racine called “a so-called independent investigation.”

The results of Wilkinson’s investigation were not released in July 2021, when the league fined the team $10 million for a toxic work culture. The final poster read: “Fans’ outrage grew when it became clear that Snyder had lied to them: there would be no transparency and no reckoning. That impacted consumers’ purchasing decisions.”

When asked about a parallel review of the team’s finances and withholding funds from season ticket holders, Racine said, “We’ll have more news on that next week.”

Racine’s office launched an investigation into the team around the same time the House Oversight Committee referred his case, which originally focused on workplace culture issues, to the Federal Trade Commission for possible financial irregularities.

Lisa Banks and Debra Katz, attorneys who have represented more than 40 former employees who have made allegations against the franchise, said in a statement that the civil lawsuit is “further evidence of what we’ve known for a long time: that both the Commanders As well as the NFL, the NFL has engaged in deception and lies to cover up the team’s decades of sexual harassment and abuse, affecting not only the victims of that abuse but also consumers in the District of Columbia” and “the experiences of the brave Confirmed women and men who have come forward and for the first time achieved a degree of transparency regarding the extent of the wrongdoing.

In response to the lawsuit, Commanders Counsel John Brownlee and Stuart Nash said in a statement: “More than two years ago, Dan and Tanya Snyder acknowledged that an unacceptable workplace culture had existed in their organization for several years and they have met many times sorry for allowing this to happen. We agree with AG Racine on one point: the public needs to know the truth. Although the lawsuit repeats many innuendoes, half-truths and lies, we welcome this opportunity to defend the organization – for the first time. – to bring it to justice and establish once and for all what is fact and what is fiction.”

Noting the amount of public outrage following the team’s comments, Racine said: “I knew the public would have its back on us and boy oh boy on social media has the public got our backs. Mr. Snyder wanted to divert attention from his own wrongdoing and attribute motivation and intent to someone else, here the AG and the victim, and otherwise burn down the bridge and wreak havoc on the town.”

The team is under investigation on multiple fronts, including by the DC and Virginia Attorneys General, Congress and the League. NFL spokesman Brian McCarthy said last week the review by former US attorney Mary Jo White on behalf of the league is ongoing and there is no timeline for completion.

The Snyders announced last week that they have hired Bank of America Securities to sell some or all of the team. A team spokesman said they were “assessing all options” regarding the organization, which Forbes values ​​at $5.6 billion.

Seahawks’ Geno Smith says win over Giants not about revenge