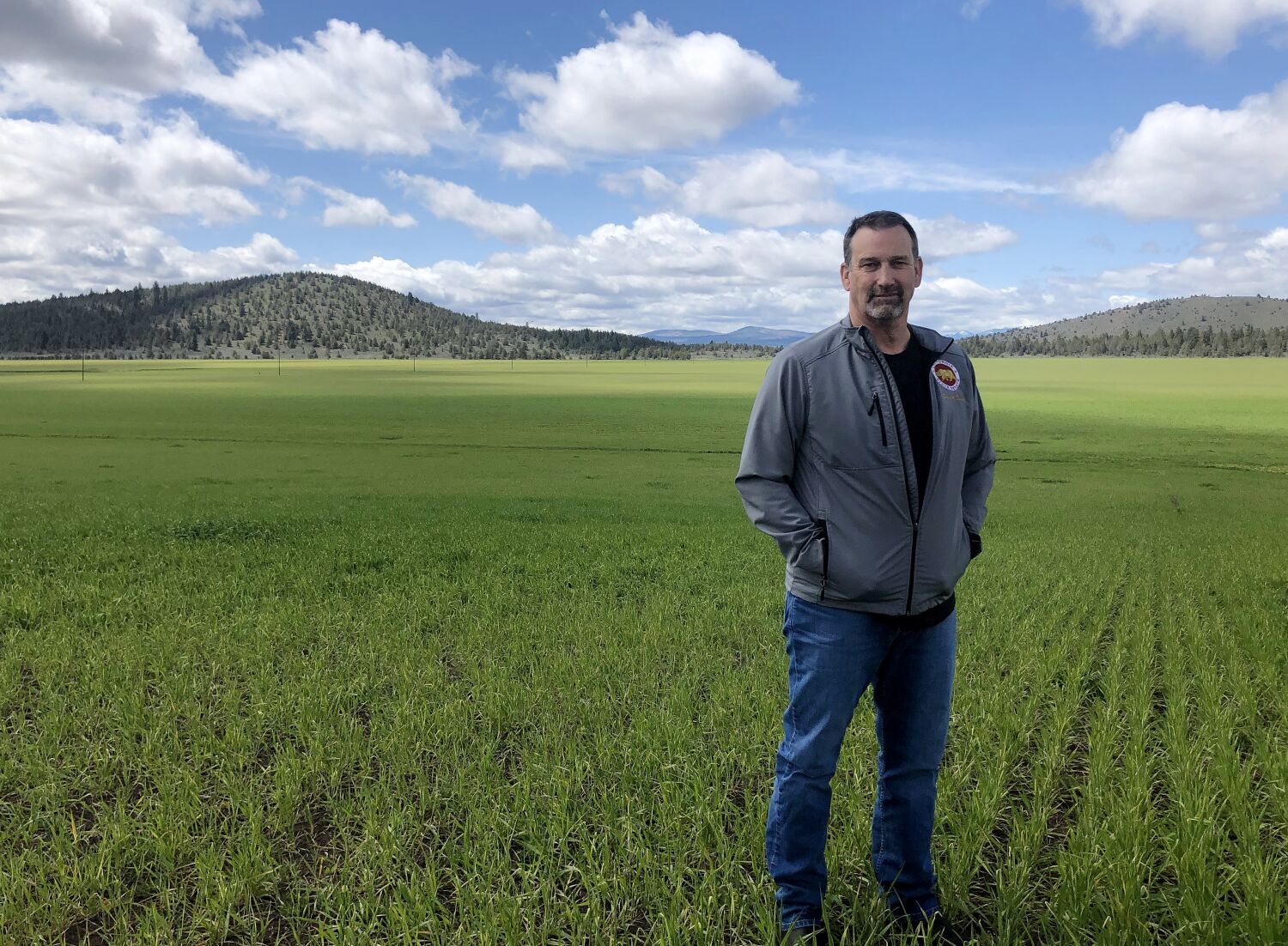 The first thing to know about the Republican nominee for California governor is that he’s a good guy, not an idiot or a nutcase.

You could confidently vote for Senator Brian Dahle and smile — without feeling the urge to throw up.

Dahle, 57, a seed farmer from the tiny town of Bieber in Lassen County in the mountainous Northeast, is personable, level-headed and highly respected by colleagues from both parties. He is a fighter, but not a blustering demagogue.

“He’s not insane, which puts him ahead of a bunch of other Republicans in 2022,” says Jack Pitney, a government professor at Claremont McKenna College.

Pitney is a former Republican National Committee official who registered as an independent the night Donald Trump was elected president in 2016.

OK, but just being a nice guy instead of being a rude weirdo is a pretty low bar. Qualifying someone to govern the nation’s most populous state with the world’s fifth largest economy is not enough.

The second thing to know about Dahle is that he could get the job done.

Unlike other Republican gubernatorial finalists over the past quarter-century, this one has actually held elective offices and has held them well. He served 17 years as a county supervisor, then served in the state assembly for more than six years, where he was minority leader, and is now in his fourth year as a senator.

He knows the ins and outs of government and has delved into the details of complex public policies, particularly water. No training wheels would be needed.

“Republicans have been waiting for some magic candidate to come along and save them rather than do the fundamental work needed to rebuild the party,” says Dan Schnur, a former GOP agent who works in political communications at USC and the UC Berkeley teaches. “This is not a viable political strategy.”

“Dahle probably won’t win,” adds Schnur, “but maybe he’s the first step the party needs to take to get out of its deep hole. They will not come out overnight.”

There’s the third thing you need to know about Dahle, and one that almost everyone already knows: There’s no conceivable way he can win.

Dahle is a conservative who does not fit into this liberal state politically.

A September poll by the bipartisan Public Policy Institute of California found Governor Gavin Newsom leading Dahle among likely voters by a landslide 58% to 31%.

Because Dahle is considered certain to lose — as any plausible GOP gubernatorial candidate would be in this state — he can’t attract many campaign investors. At last count, he had raised a meager $2.2 million and only had $409,000 in cash. That’s not enough for TV commercials, a must-see in this sprawling state.

“His war chest would be great if he ran for state assembly,” says Pitney.

In contrast, Newsom has stashed away more than $23 million and, unlike Dahle, hasn’t even bothered to campaign in earnest.

One place Dahle fits in well politically is his far-flung legislative district, which stretches from the Oregon border through the northern Sierra to south of Lake Tahoe — 11 counties in all. His wife, Republican Representative Megan Dahle, represents many of the same districts in the House of Commons.

While Newsom easily repulsed a Republican recall last year, most counties in Dahle County voted strongly to oust the Democratic governor. And even though President Biden won by a landslide nationally in 2020, most of Dahle’s counties supported Trump – Lassen did so with 75% of the vote.

I asked Dahle if he believed Biden legitimately won the national election. “Yes,” he replied immediately.

So Dahle isn’t buying Trump’s big lie. But he wouldn’t acknowledge it to other Times reporters during the primary when he was trying to become the No. 1 Republican for governor.

Dahle told me he voted for Trump in 2016 and 2020. However, he did not want to answer whether the ex-president should run again in 2024. Still, I don’t expect him to wear a MAGA cap.

“I’m focused on California,” he says.

In a telephone interview I asked him about this condition. These are some of his answers:

How could a Republican governor with a Democratic supermajority legislature get anywhere? The Democrats would have to compromise with him on spending, says Dahle. He could veto her budget and many other bills.

But Dahle points out that he’s always worked with Democrats, especially on the water.

He says the state needs to build more reservoirs and also focus on desalination. He does not support the proposed tunnel for the Sacramento-San Joaquin River Delta.

Forest fires? Vegetation management needs to be accelerated. “Our watersheds are burning up,” he says.

The bullet train? “I hate that thing. It will never work the way it’s being sold to the public.” He wants to put rail money into the water reservoir.

Energy? “We need to build transmission lines and power plants. And there are many opportunities for geothermal energy.”

Oil? He thinks we should drill more in California — and clean — to import less from South America “where they’re bulldozing rainforests.”

Homelessness? The focus should be on the treatment of addiction and the depletion of illicit drug stocks. Our “Housing First” policy is a failure, he says. “Most homeless people don’t want to go to shelters because it’s not safe there.”

Cancellation? “I’m pro-life… We need a conversation about what is reasonable.”

Weapons? “I respect them 2nd amendment. My biggest concern is getting guns out of the hands of criminals — not prosecuting law-abiding gun owners.”

“He’s pretty much an old-school Republican,” says Pitney. “Maybe not someone who has a serious shot at national office, but at the same time he’s not embarrassing either.”

This is a good start for the California GOP.

https://www.latimes.com/california/story/2022-10-03/skelton-republican-brian-dahle-candidate-california-governor Dahle is respected, but has no shot at California governor

The Times podcast: A wildfire with your Airbnb?