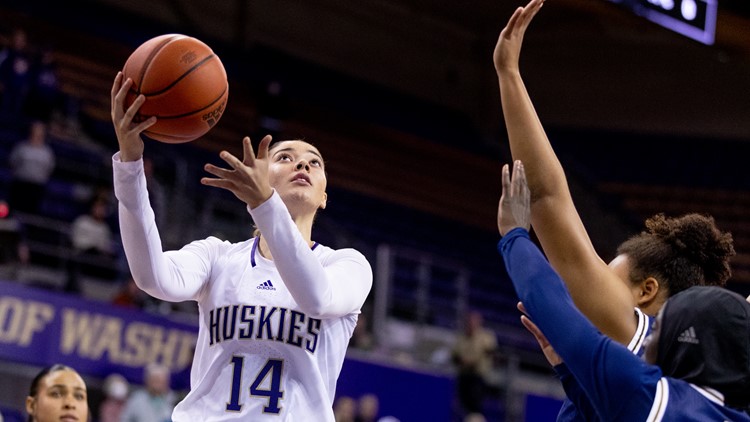 SEATTLE — When Dalayah Daniels goes to court for the University of Washington, it’s eye candy.

As the newest member of the Huskies women’s basketball team, it feels right.

It’s a love story all around. Daniels loves Seattle because she wins there.

She had a distinguished high school career at Garfield, where she was a five-star recruit, a McDonald’s All-American, and a state champion.

“I only get flashbacks to when I was in Garfield high school,” she said. “There’s just so much history here in Seattle. I’m so used to winning here and I feel like it feels right.”

The beginning of her college career was a different story.

Daniels spent two COVID-plagued seasons at Cal, where the team went 3-22 in the Pac-12 game.

“It was really tough. I don’t think I’ve ever lost that much in a row before,” she said.

Adding to the losses on the pitch, she lost contact with her family.

“I was really homesick. We were quarantined every two weeks. Everyone would miss their loved ones if they were locked in a room all day,” she said. “I wanted to find happiness again, I wanted to find myself again.”

So Daniels decided to pack her bags and come home.

Her decision has paid off in several ways.

Another double double for #1️⃣4️⃣ ‼️

She leads the Huskies as the top scorer in eight games and, more importantly, has reconnected with family and friends.

Mo Hines, Dalayah’s former AAU coach, is now able to attend many of her home games.

“They haven’t seen me play in almost two years,” Daniels said, referring to her Seattle supporters. “I think they forgot what it was like to see me play. Having them sit behind our bench with all the other families is really cool because I don’t usually have family behind me, I just usually have a bunch of strangers I don’t know.”

But now she feels the love – a love story for Daniels because she’s back where she wins.

“That’s why you see her blossoming and her old self looking,” Hines said.

It’s a love story for Seattle because she’s one of them.

“It made me realize I’m lucky,” Daniels said.

Kanye West's new song is a commentary on his controversies

Black surfers find rejuvenation at ‘A Great Day in the Stoke’