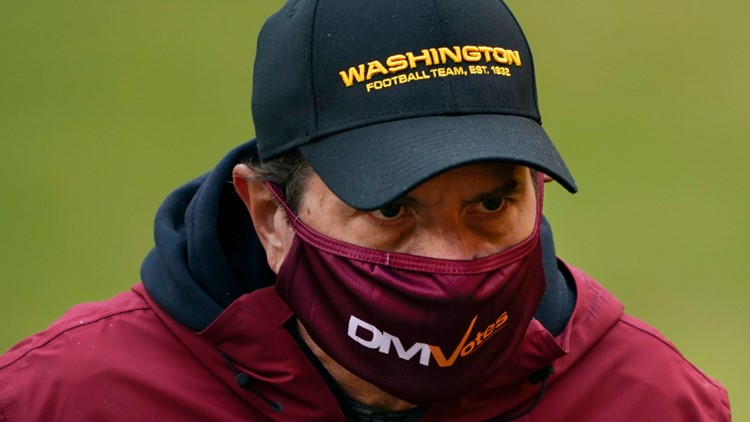 House Oversight Committee chair Carolyn Maloney set a deadline for responses of 9 a.m. Monday, and Snyder’s legal team responded with a resounding no.

WASHINGTON — Editor’s Note: The above video originally aired on Saturday, before the new letter from Snyder’s attorney was mailed.

The House Committee on Oversight and Reform will begin a hearing Wednesday to examine the Washington Commanders’ alleged “hostile workplace culture” over two decades and the NFL’s handling of the allegations. But one key witness will be particularly absent: Commanders owner Dan Snyder.

Snyder previously declined to attend the hearing, citing scheduling conflicts. However, committee chairmen said Friday they had found no valid reason for Snyder’s decision and asked him to reconsider. The committee chair, Carolyn Maloney, set a deadline for responses of 9:00 am Monday.

Snyder’s legal team responded in a letter received by WUSA9 that the owner’s “longstanding business dispute” (he is based in France) could not be postponed and he would therefore not be present on Wednesday. Snyder’s attorney Karen Patton Seymour also said she advised Snyder not to testify remotely because she could not be with him during testimony.

“The Committee’s insistence on holding a hearing on a single date of its choosing, even at the expense of [Snyder’s] Right to have his attorney present during testimony both departs from my understanding of the approach followed with other congressional witnesses in similar circumstances and disregards my client’s rights to due process,” Seymour wrote.

RELATED: Congress is asking Dan Snyder to reconsider decision not to testify on allegations of workplace misconduct

BREAKING: Commander owner Dan Snyder briefed @RepMaloney and Board of Supervisors before the 9:00 a.m. deadline that it is still unable to attend the hearing on June 22 because of “business conflicts” and “cannot be postponed.” @wusa9 #HTTChttps://t.co/7eDGiI81Ac

Seymour reiterated that Snyder wanted to cooperate in the investigation, but said concerns she had repeatedly raised about the scope of the committee’s investigation had been ignored.

“The Snyders and team remain fully committed to working with the Committee and are committed to sharing the cultural shifts being made by the Commanders if the Committee is interested in receiving this information in a way that.” consistent with appropriate safeguards for due process and fairness,” Seymour wrote.

Maloney replied that if Snyder wanted to cooperate, he should testify.

“If Mr. Snyder had been genuinely determined to cooperate with the committee’s investigation, he would have accepted the committee’s invitation to testify about the commanders’ toxic work culture,” she wrote. “As the Chairperson’s letter made clear, the committee was more than accommodating – even allowing Mr Snyder to testify remotely from France. His refusal to testify sends an unmistakable signal that Mr. Snyder has something to hide and is afraid to come clean with the American public and addressing important employee protection concerns facing the NFL.

The chair clarified that the committee would proceed with the hearing, with or without Snyder. A subpoena for Snyder at a later date remains an option.

RELATED: Dan Snyder will not testify before Congress

NFL Commissioner Roger Goodell was also invited to testify at the hearing and did so Approved that he will appear virtually. But before the hearing begins, six representatives — Don Beyer (D-VA), Gerry Connolly (D-VA), Jennifer Wexton (D-VA), Jamie Raskin (D-MD), Anthony Brown (D-MD) and Del . Eleanor Holmes Norton (D-DC) – urging Goodell to release the findings of a 10-month investigation into the Washington Commanders and their work environment of the league’s 10-month investigation into the team, which resulted in a $10 fine M Well against the team.

Following allegations of misconduct and workplace harassment against owner Dan Snyder and some of his front office employees in 2020, attorney Beth Wilkinson was hired to conduct an independent third-party investigation. However, Goodell made it clear that the NFL would not issue a report on the investigation because it had promised to protect the identities of those who testified.

“There is an opportunity for the NFL and the Commanders to lead by example, not by trying to silence the victims, but by ensuring that this type of rampant abuse will not be tolerated in the future,” the statement said the letter.

MP Raja Krishnamoorthi (D-Il) said the committee had been “blocked” by NDAs since their involvement and called on Snyder and Goodell to “appear before the committee to address these issues and answer our questions about pervasive workplace misconduct.” at the Washington Commanders and how the NFL has addressed those issues.”

If Ubisoft Remakes Assassin’s Creed, It Should Look To Final Fantasy VII