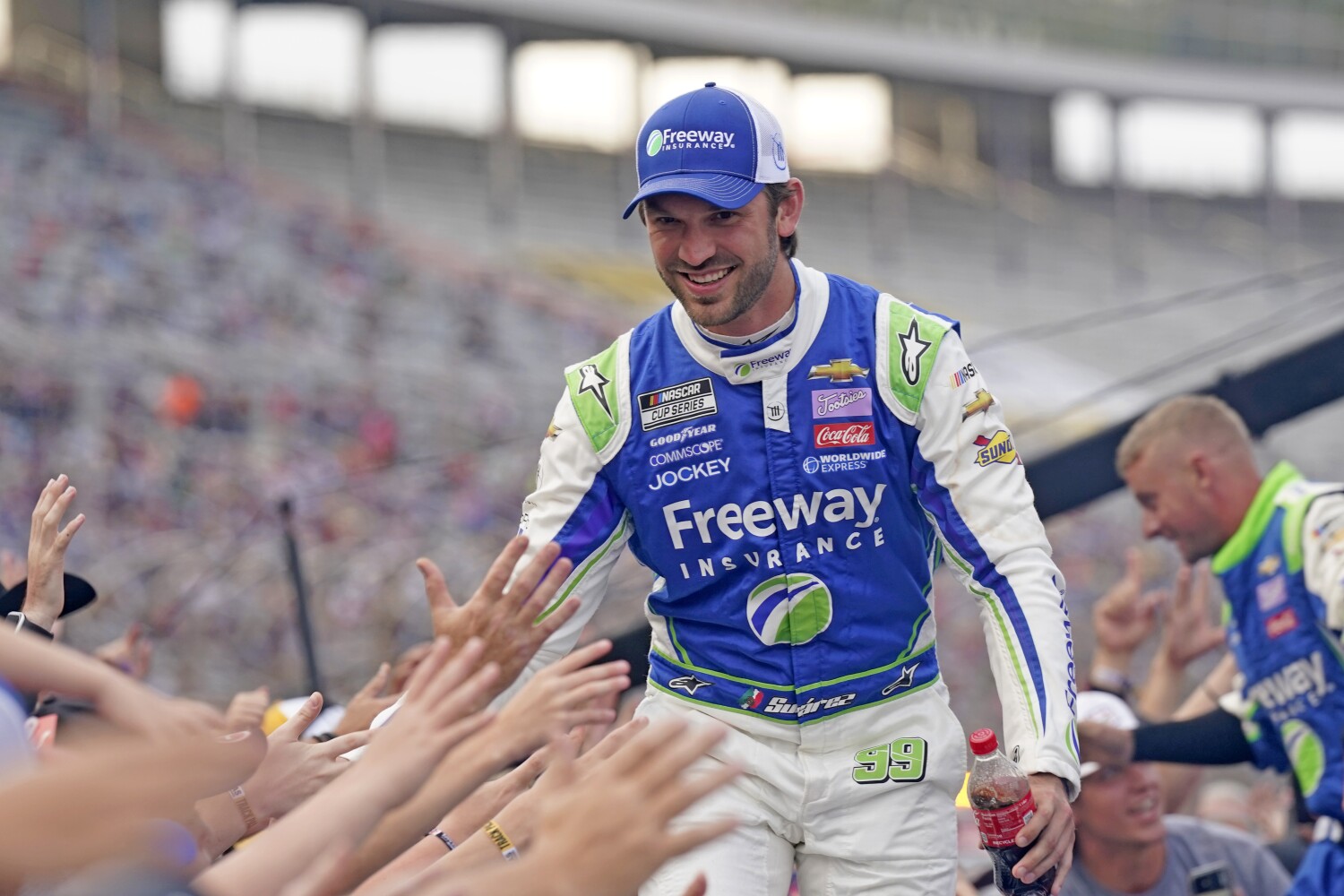 Daniel Suárez became the first Mexican-born driver to win a race in NASCAR’s Top Series on Sunday when he ran away with the Cup Series event at Sonoma Raceway.

Suárez, who came to the US 11 years ago with little money and even less English skills from Monterrey, Mexico, took the lead from Chris Buescher early in Stage 3 and kept it for most of the final 49 laps, beating Buescher by more than 3 .8 seconds lead to the finish.

Suárez started this season with four top-10 finishes in the 350-mile race over Sonoma’s twisty course in 20th place in the Cup Series standings. His best result so far was fourth. But Sunday’s win qualifies him for NASCAR’s 10-race playoffs this fall, and he drove the race of his life to earn it.

He drove Buescher into Turn 7, a sharp right at the end of “the chute,” a downhill section of the 1.99-mile road course, on the first lap of Stage 3, and methodically extended his lead the rest of the way. Taking the white flag for the final lap, he was leading for more than half of the straights.

Suárez, 30, a graduate of both NASCAR Drive for Diversity and NASCAR Next programs aimed at nurturing minority and female drivers, had made a string of firsts before Sunday. He was the first Mexican driver to win Xfinity Series Rookie of the Year honors, the first foreign-born driver to lead the championship points standings in any of NASCAR’s three national series. He is the only Mexican driver to win a race in this series, having won an Xfinity Series title at Michigan International Speedway in 2016.

Suárez started racing at the age of 10 and competed in karting events in Mexico. Five years later he won the class championship, and by the time he turned 16 he was driving in NASCAR Mexico’s provisional category, becoming the youngest driver to win a race in the Mini-Stocks series.

“He knows the system, he knows the people and I think he can do the same thing that Ty Lue did”