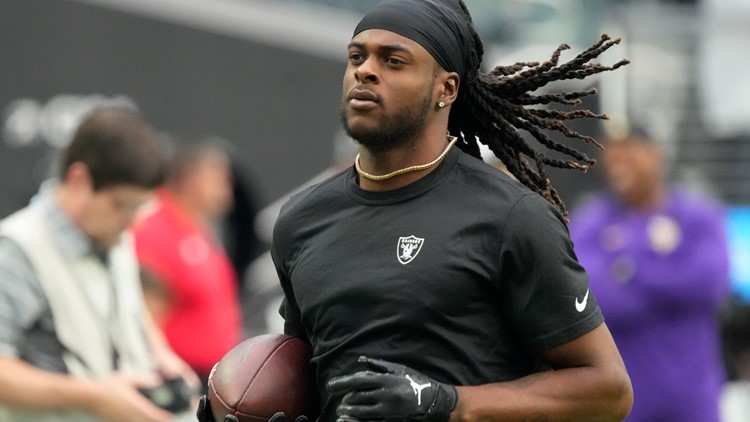 The Star Raiders wide receiver has been charged with assault in Kansas City after he pushed a photographer near the tunnel that left Monday’s game.

KANSAS CITY, Mo. — Las Vegas Raiders wide receiver Davante Adams has been charged with assault for pushing a photographer to the ground as he left the field after a loss in Kansas City.

Police in Kansas City, Missouri, said Adams pushed Ryan Zebley to the ground while running off the field following the Raiders’ 30-29 loss to the Chiefs at Arrowhead Stadium Monday night. Police called it a “premeditated, overt act” that caused whiplash, a headache and possibly a mild concussion.

Charges were filed in the Kansas City District Court on Wednesday morning.

Adams apologized to the media in his post-game comments and later on Twitter.

“He jumped in front of me when he came off the field. I kind of pushed him. He landed on the floor,” Adams said after the game. “I would like to apologize to him for that. That was just frustration mixed with him really just running in front of me.

“I shouldn’t have reacted like that, but that’s how I reacted. I would like to apologize to him for that.”

Davante Adams was clearly upset after the Raiders lost to the Chiefs. pic.twitter.com/XW2fmx6adJ

The NFL is also investigating Adams’ actions. A person familiar with the process told The Associated Press on Tuesday that Adams could face possible punishment, including a fine or suspension.

Raiders coach Josh McDaniels said Tuesday he supports Adams and will cooperate with any investigation.

Adams had three catches for 124 yards and two touchdowns in the game. In his debut season with the Raiders, he has 29 catches for 414 yards and five TDs.

SUBSCRIBE: Locked On has a daily podcast covering EVERY NFL team, find yours today on YouTube or wherever you get your podcasts!

The next Jan. 6 committee hearing is set. What have you missed?

Apple TV and Music apps are coming to Windows next year

Roger Federer, out of action for past year, says he hopes to play Wimbledon again

MLS Cup playoffs – Who can clinch, who has work and what’s at stake in Week 32

Michael Johnson jokes he was “robbed” of a performance bonus at UFC Fight Night: Blachowicz vs. Rakic

MLB playoffs – How Kyle Schwarber got Phillies to October