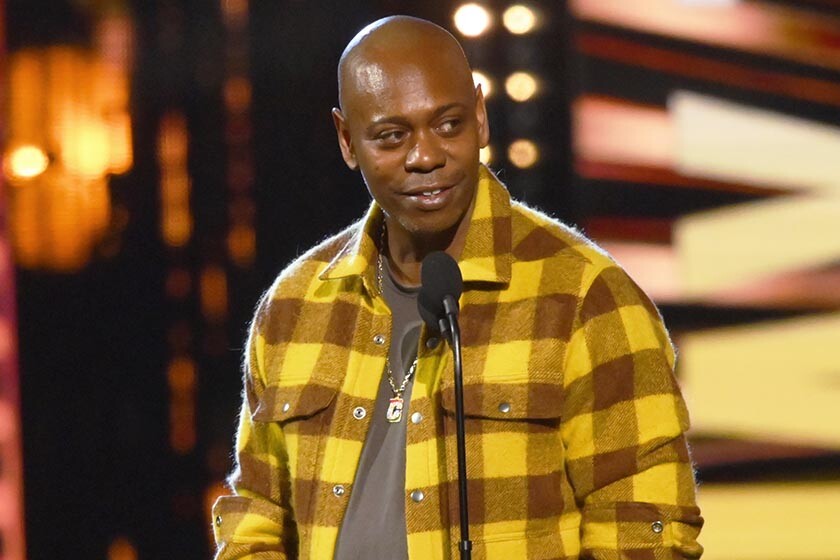 A Minneapolis venue canceled a Dave Chappelle stand-up show on Wednesday, just before the comedian was scheduled to take the stage.

Hours before Chappelle was due to perform, First Avenue released a statement addressing the backlash it received for booking the comic, which came under fire for transphobic remarks in its Netflix comedy special The Closer last year . Chappelle’s show was moved to the nearby Varsity Theater on Wednesday, which also hosts the comedian on Thursdays and Fridays.

“To staff, artists and our community, we hear you and we’re sorry,” read a statement from First Avenue, a storied concert venue used by the likes of Joe Cocker, Ike and Tina Turner, U2, Run-DMC and especially Prince.

“We know we have to hold ourselves to the highest standards and we know we’re going to let you down. We are not just a black box with people in it, and we understand that First Ave is not just a space, it has meaning beyond our walls.”

After Chappelle was added to his talent lineup earlier this week, First Avenue has been blamed on social media not to care about the LGBTQ+ community, Endangering his ‘queer employees and patrons’ and “Hating trans people.”

A person who works for Reclaim – a clothing brand that provides resources for LGBTQ+ youth mental health and has designed Pride t-shirts for First Avenue – promised to urge her superior cut ties with the venue “because they decided to platform and capitalize on anti-trans bigotry.”

Another person Screenshot of a message by the First Avenue website, which states that “racist, sexist, transphobic, homophobic, xenophobic, or other biased language, including intentionally misrepresented gender,” will not be tolerated at the venue.

“You used to be one of the few places I felt safe in TC,” @wprmedia tweeted. “Well, you’re just another place I can’t take my LGBTQIA peers. You suck.”

“Prince would be ashamed” @jagheadroom tweeted.

The last-minute First Avenue cancellation comes less than two weeks after Chappelle’s “The Closer” garnered two Emmy nominations — despite a social media firestorm and Netflix revolt last fall. Chappelle has spoken out about the controversy, while Netflix has continued to work with the comedian.

In response to the recent spate of criticism, First Avenue said it has strived to make itself “one of the safest places in the country” and will “continue on that mission.”

“We believe in diverse voices and freedom of artistic expression, but in acknowledging that we lost sight of the implications,” the venue’s statement said.

“We know there are some who will not agree with this decision; You are welcome to send feedback. If you’re a ticket holder, look for an email with information about your tickets being transferred to the show at the Varsity Theater.

A Chappelle representative did not immediately respond Thursday to the Times request for comment.

Momma live at The Great Escape: Brooklyn indie upstarts are the real deal

How Gordy the chimpanzee, the shoe and more help explain ‘Nope’