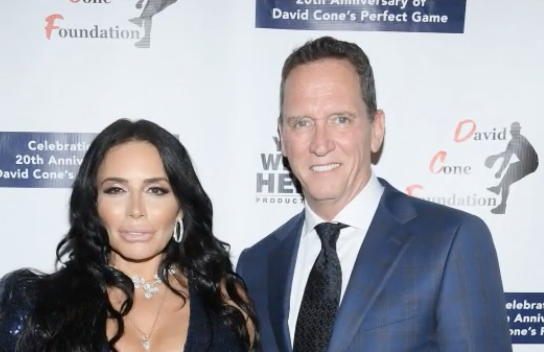 They reportedly began to have problems in their relationship, leading to Taja living apart since the start of the Covid-19 crisis. During this process, the couple split their time between Florida and New York.

Taja happened to live in Florida with her 10-year-old son Sammy while David lived in New York. In her comments, Taja confirmed that things had taken a turn for the worse between the two. she said: “We do not know it [what we are]. It’s rough with the travel situation.

“He’s always on the go. It’s hard for us during the baseball season, and sometimes it’s not hard for us off-season. It’s complicated.” Despite the split, the relationship wasn’t all doom and gloom. David had done everything to ensure that Taja and her son were well looked after.

This was primarily from a financial perspective as David played a key role in the homes and businesses set up to support the family unit. A source Approved the following: “[David was] very generous with [Abitbol] financially.

“[He] spent millions on them, buying their homes and supporting their businesses.” That being said, there’s still a chance the couple will reconcile. The fact that Taja suggested things had gotten complicated just showed that they needed to work out their differences.

And if they can do that, then the time apart can allow them to come to a resolution. The fans on social media had a philosophical approach to it. Some people felt that they might be going in very different directions in their lives.

A person wrote: “Sometimes it just isn’t meant to be.” Time will tell if the duo are able to work things out. So there you have it folks. What did you think? Do let us know your thoughts in the comment section below.