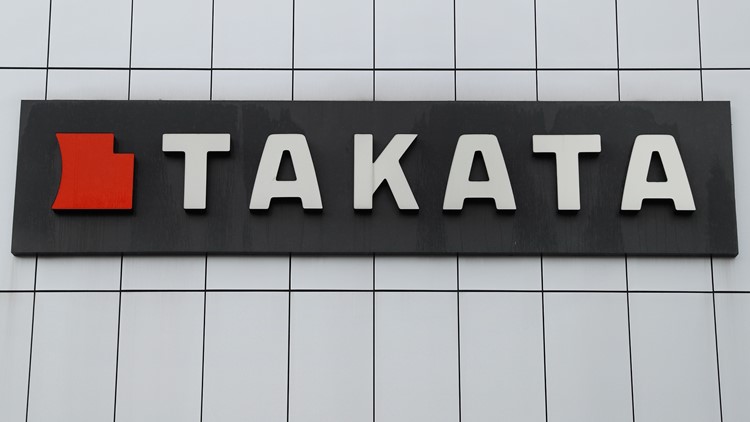 Since 2009, exploding airbags have killed at least 33 people worldwide, including 24 in the US.

DETROIT – Stellantis and US safety regulators have confirmed that an exploding Takata airbag inflator killed another driver.

The company and the National Highway Traffic Safety Administration have reiterated their warning to owners of 274,000 older Dodge and Chrysler vehicles to stop driving them until the faulty inflator is replaced. position.

Stellantis is urging people to stop driving Dodge Magnum, Dodge Challenger and Charger muscle cars and Chrysler 300 sedans between 2005 and 2010.

Since 2009, exploding airbags have killed at least 33 people worldwide, including 24 in the US.

All three deaths this year have been in warm-weather U.S. states and occurred since April, the company said.

Takata used ammonium nitrate to create a small explosion that inflates the airbag on impact. But the chemical can become more volatile over time with repeated exposure to moisture in the air and high temperatures. The explosion could shatter the metal box and throw shrapnel into the passenger compartment.

Most of the deaths and about 400 injuries have occurred in the United States, but they have also occurred in Australia and Malaysia.

All Stellantis vehicles covered by the “Do not drive” warning were recalled in 2015 and have since been repaired free of charge. The company says dealers have free parts and service, and Stellantis will provide transportation to get the car to and from the dealership.

NHTSA said the latest person to die was driving a 2010 Chrysler 300.

“Time is an important factor here as the risk increases every day when these airbag inflator components fail to function,” said Tom McCarthy, global head of safety and regulatory compliance at Stellantis. to replace.

The recall affects vehicles in which the airbag inflator has not been replaced as part of the recall.

NHTSA urges all vehicle owners to check to see if their vehicles are covered by the unrepaired Takata airbag recall. Motorists can access and enter their 17-digit vehicle identification number to see if they have any open recalls.

“This holiday season, don’t put yourself or a loved one at risk of death or serious injury because of the recalled Takata airbag,” said NHTSA Acting Administrator Ann Carlson.

In a statement, Stellantis said the vehicle’s owner asked the company about the airbag recall in 2018, but later declined to schedule a service. The company says it has sent 114 emergency notices to owners over the past seven years.

Stellantis said the owner lent the car to a family member, who was killed in a crash in July when the inflator blew up. The company did not say where the accident happened, but said it expressed its deepest sympathies to the family.

Earlier this month, NHTSA said the driver of a 2002 Honda Accord was killed when the driver’s airbag inflator ruptured and shrapnel was ejected. Honda said the crash happened on February 22 in Bowling Green, Kentucky.

The potential for dangerous malfunctions has led to the largest series of auto recalls in US history, with at least 67 million Takata inflators recalled. The US government says that millions have not been repaired. About 100 million inflatables have been recalled worldwide. Exploding airbags caused Japan’s Takata Corporation to go bankrupt.

‘Gaslighting’ is Merriam-Webster’s 2022 word of the year