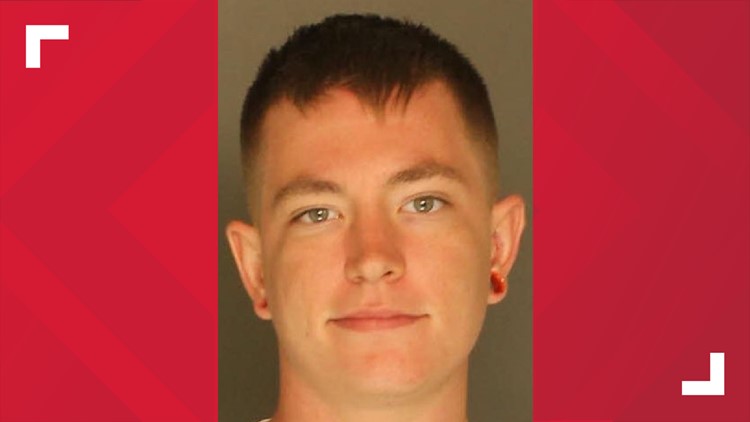 Nathaniel Cutchall shot and killed his brother Logan during an altercation on Saturday night, police said. Investigators say alcohol may have been involved.

YORK, Pennsylvania — A deadly shooting in York over the weekend was the apparent result of a post-wedding altercation between two brothers, according to an affidavit from York City Police Department.

Nathaniel Cutchall, 24, of the 600 block of Linden Ave., is charged with the murder of his brother and roommate Logan, who died after a shooting at his home at York Hospital.

Police say the brothers and three other people were at a wedding earlier in the day, and Nathaniel and Logan Cutchall began arguing in the car as they were driving home.

During the argument, police say, Logan Cutchall drew a gun, but Nathaniel Cutchall, who was in the rear driver’s seat, managed to disarm his brother and discharge the gun.

Logan Cutchall, who was driving, left Nathaniel and the other passengers on the side of the road. According to police, they called another friend to drive them to the Cutchalls’ home on Linden Avenue.

When they arrived, one of the other passengers and another friend went into the house where they encountered Logan Cutchall pointing a gun at them and making verbal threats.

Nathaniel Cutchall entered the home and continued the verbal altercation with his brother, who continued to threaten other members of the party. At one point, police say, Nathaniel Cutchall went into his room, pulled another gun from under a pillow, and handed it to Logan Cutchall.

One of the other members of the group went outside and prompted a friend to call 911 after Logan Cutchall threatened to kill her, police say.

At that point, police witnesses said, the Cutchall brothers got into a physical altercation in the kitchen of the home while the other party members were in another room. Witnesses told police they heard multiple gunshots and when they entered the kitchen they found Nathaniel Cutchall standing over his brother with a gun while Logan Cutchall was lying on the floor suffering from multiple gunshot wounds.

Police said Cutchall and one of the other witnesses were located at a home on Wayne Avenue on Sunday and taken to York City Police Station for questioning. Cutchall had a gunshot wound to his right foot, which police said he bandaged.

Cutchall asked for a lawyer and had police take photos of his injury before he was taken to York Hospital for treatment, police say.

All of the people involved in the incident on Saturday are likely to have been under the influence of alcohol, the police said in the criminal complaint.

https://www.fox43.com/article/news/local/york-county/york-homicide-nathaniel-cutchall-logan-cutchall/521-a10c0f12-b9ab-455f-b522-23a0bc8e056f Deadly York shooting may have come after wedding altercation

The EU Gets Real About Energy Security