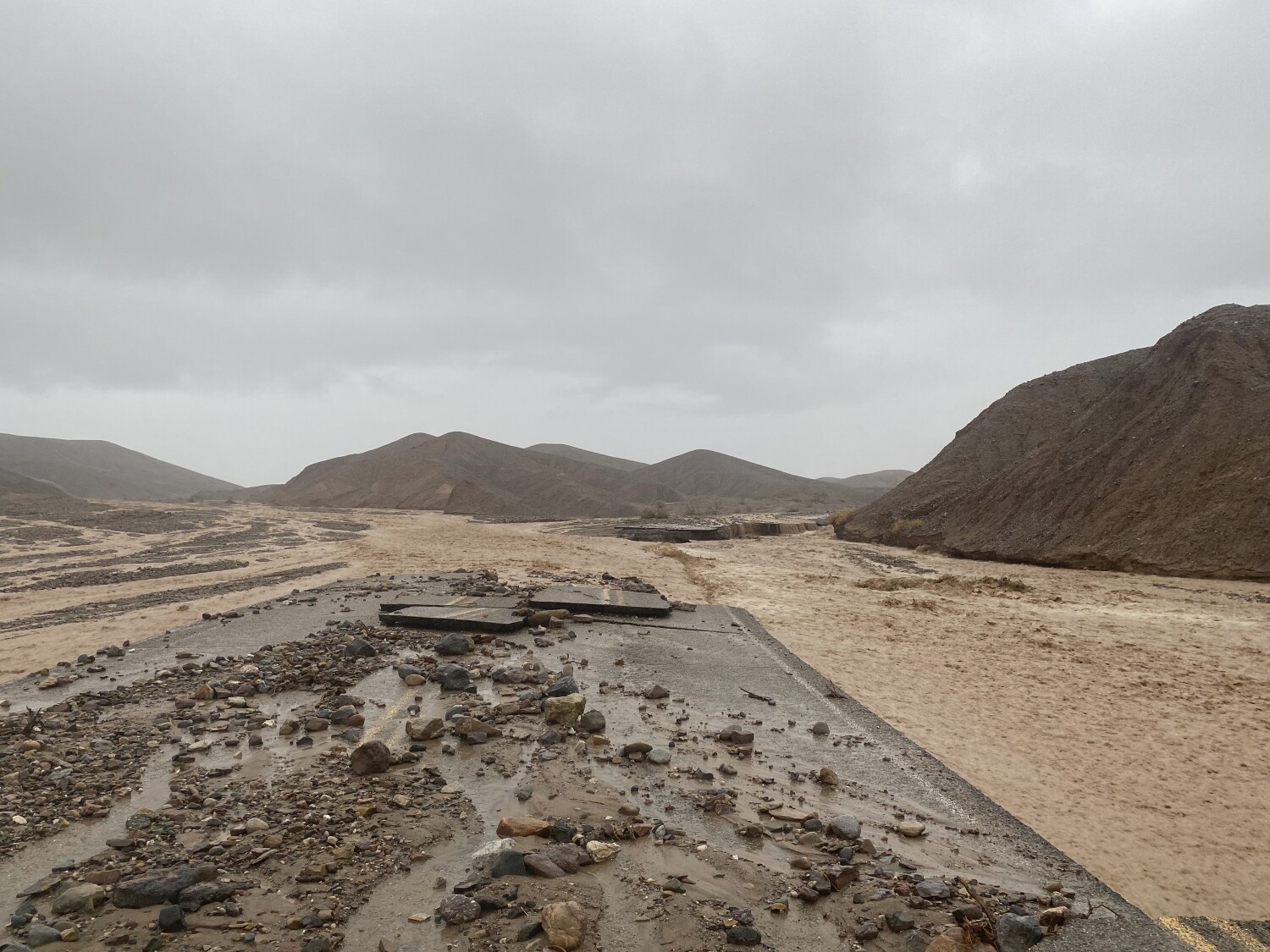 After heavy rains caused flash flooding in the state’s mountains and deserts, Death Valley was forced to close all roads into the park on August 5. The closure came after a historic storm wreaked havoc at the park, damaging 60 vehicles and trapping about 500 visitors and another 500 employees.

“That was a 1,000-year flood event. It’s probably the most widespread catastrophic event in the history of this park,” said Ana Cholo, a spokeswoman for Death Valley National Park. “The park, which has approximately 1,400 miles of roads, including 200 miles of paved roads, has been affected by debris, shoulder loss, undercuts and sidewalk loss.”

On Monday, the US Department of Transportation provided the park with $11.7 million in emergency relief funds to help repair damage from the floods.

Workers were able to assess 600 miles of roads and 200 miles were deemed impassable, Cholo said. There are still 800 more road miles to survey.

Cholo said efforts to restore flooding in the park are far from over. In the park’s 3.4 million hectares – 93% of which is designated wilderness – only 42% of the roads have currently been graded. Park roads can remain closed for weeks and months depending on the severity of the damage, Cholo said.

Badwater Basin will also reopen, but it will only be accessible from State Route 190 and will be closed at Mile Marker 17, Cholo said. State Route 190 was scheduled to reopen on Wednesday but was pushed back to Saturday after authorities determined the road was not ready.

Cholo also warns that several park roads remain closed, so visitors should plan ahead and not rely on navigation devices or GPS.

Joshua Tree National Park was also hit by a massive rainstorm on Tuesday, concentrated in the southern area. As of Wednesday morning, the Pinto Basin Road from Ocotillo to the southern limit, the Geology Tour Road from the north gate to Berdoo Canyon, and the Big Horn Pass complex are closed. It’s unclear when the park plans to reopen these locations.

The south side of Joshua Tree was previously evacuated and roads closed when flooding hit on August 8.

All facilities on the north side of the park will remain open, according to a press release.

The park warns visitors to drive carefully to avoid debris on the roads. The park also notes that turtles are more likely to emerge in wetter weather and can appear like rocks on the road. Visitors are urged to drive slowly and help protect federally threatened species.

The Mojave National Preserve is also struggling with persistent monsoons in the region. All of the reserve’s paved roads were closed for almost two weeks due to flood damage in late July.

Roads that have reopened in Mojave still show signs of flood scars, including debris overflows, steep side slopes and pavement erosion. Because of this, it is still dangerous to drive on the reserve, the press release said.

The monsoon season typically lasts from late July to mid-September, according to Dan Berc, a warning coordination meteorologist with the Las Vegas National Weather Service, who monitors weather in Mojave National Preserve and Joshua Tree and Death Valley National Parks. While flooding due to the monsoon season is not unprecedented, it is “certainly historic and rare,” he said.

“We’ve had very dry monsoon seasons in recent years, but this year we’ve had a lot of moisture up there and a lot of fuel for thunderstorms,” ​​Berc said. “Any thunderstorms that form are very efficient regeners because they can really bring a lot of rain out of the atmosphere, especially when we have that much humidity.”

He points out that thunderstorms over national parks are particularly dangerous because they can throw down large amounts of rain in a short period of time, leading to flooding.

Some thunderstorms are expected in the area over the next few days, but no major flooding is expected, Berc said. He added that he expects drier conditions from early next week. There are no flash flood warnings or monitors.

“There will be isolated storms [Thursday] That could bring heavy rain and maybe even a small flash flood, but it won’t be widespread and it certainly won’t be like the Death Valley floods,” Berc said.

Berc said with monsoon season remaining for about a month, there could be another resurgence leading to flooding. However, this level of flooding is not expected in the short term, he said.

Cholo said Death Valley’s location is prone to summer rains and flash floods. She adds that they will continue to prioritize safety.

“Every now and then there are events like this big enough to break weather records,” Cholo said. “Safety is our number one concern and these types of flash flood events and monsoon storms are being addressed with that in mind. Our top priority is to ensure the safety of all responders, park staff and visitors.”

Nicholas Goldberg: If it costs $23 to enter Manhattan by car, is that fair to lower-income drivers?

Mikhail Gorbachev’s Undoing Was His Devotion to Soviet Ideas