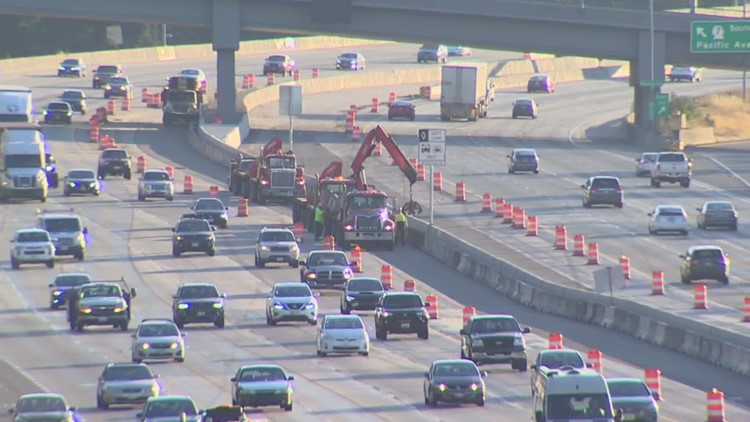 The project cost $1.4 billion and consists of 14 smaller projects that broke ground in 2001.

TACOMA, Wash. — Construction along the stretch of I-5 near Tacoma will be completed this weekend, the Washington State Department of Transportation said. The announcement marks the end of a 22-year project to add HOV lanes between State Route 16, State Route 167 and I-5.

“We’re excited about that. It’s a plus for us,” said Patrick Gigimu, a Tacoma resident.

The project, called The Tacoma/Pierce County HOV Program, cost $1.4 billion and consists of 14 smaller projects that broke ground in 2001.

The final part of the project was the rebuilding of the Puyallup River Bridge to accommodate the HOV lanes.

WSDOT said lanes will be closed overnight starting Thursday evening to open the new HOV lanes. The southbound lane will be closed from Thursday 9:00 p.m. to Friday 6:00 a.m.

https://www.king5.com/article/news/local/i-5-construction-project-in-tacoma-interstate-wrapping-up/281-e6741b4f-cb52-479b-8f22-8e41bddb5794 Decades-long I-5 construction project in Tacoma wraps up this weekend