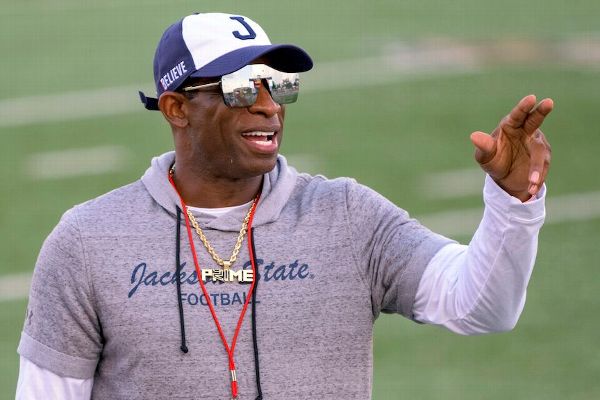 Jackson State football coach Deion Sanders will donate half of his salary to help complete the program’s football facility renovation, he announced on Instagram.

Sanders said he wants to increase his donation to half his salary to ensure the facility is ready a month before the start of the season. Sander’s target date for completion is August 4, according to Jackson Clarion Ledger.

“I’m going to put half of it to get this done,” Sanders said. “If you don’t believe me, check me out. I’ll send you the receipts.”

Jackson State will open the season September 4 in Miami against Florida A&M.

https://www.espn.com/college-football/story/_/id/34264209/deion-sanders-donate-half-salary-jackson-state-complete-football-facility Deion Sanders will donate half of salary to Jackson State to complete football facility