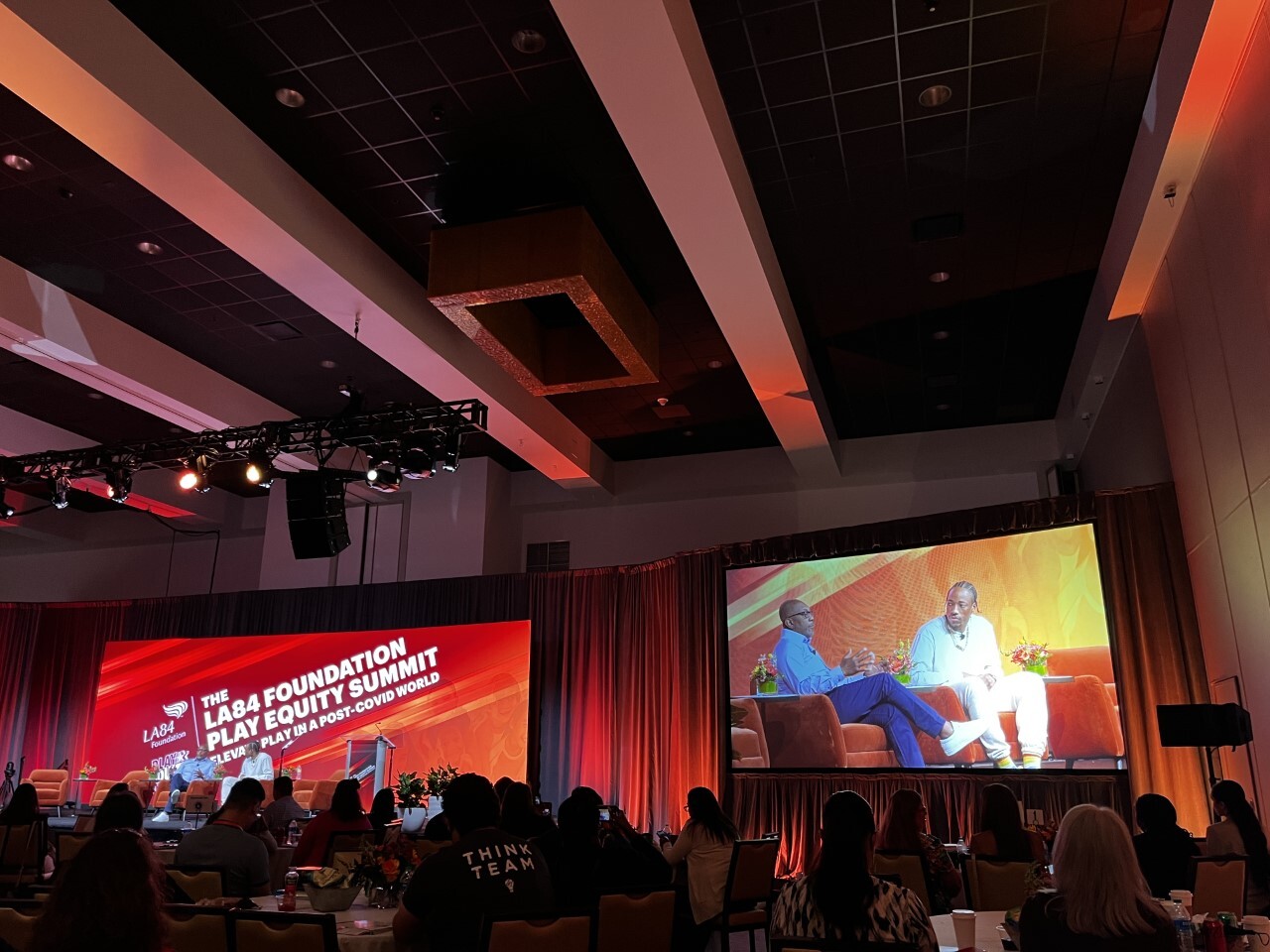 With each summer the landscape changes, gentrification seeping into the infrastructure that DeMar DeRozan calls home.

As spring melts away and the final buzzer of DeRozan’s NBA season rings out — echoing this year after a first-round loss to the Milwaukee Bucks — the former Compton High star returns to Los Angeles. However, it’s a different city than it was 15 years ago, when his deep-sea blue No. 23 Compton jersey rocked the rims. The Forum has long been the “big thing” at Inglewood, he said. Now the city has the gleaming SoFi Stadium.

“Over time, you look up,” DeRozan said, “and Inglewood becomes like Beverly Hills.”

After speaking during the final event of the LA84 Foundation’s Play Equity Summit on Tuesday, DeRozan took a moment to reflect on the “crazy” changes he’s witnessed in his hometown year after year.

His 30-point breakouts in cramped high school gyms are immortalized in gritty YouTube highlights. But over the years, competition as DeRozan knew it has collapsed, along with a decade-long decline in public school enrollments.

The once-powerful football programs of LAUSD schools like Crenshaw, a few miles north of the Forum, suffered from such low engagement that games had to be canceled last season. Long Beach Jordan High Basketball, a Moore League rival in DeRozan’s Compton heyday, went 10-16 last year and 0-12 in 2021. Fremont, a strong 21-8 opponent for the Tarbabes in DeRozan’s senior season, didn’t win a game last year.

“It’s one of those things that’s really sentimental, especially with…how important the high school was that was right around the corner,” DeRozan said of the local decline in competition. “It’s kind of sad for me to see where it is now.”

Support for public high school programs was emphasized at the summit, which featured panelists ranging from the Lakers’ Russell Westbrook to California First partner Jennifer Siebel Newsom. She said a physical fitness advisory board has been holding “listening tours” across the state to better understand concerns from students and administrators.

“[We’ve] also examined the difference between private schools, which provided children with some physical fitness every day, and public schools, which were limited. And that’s not right for me…that needs to be addressed immediately,” Siebel Newsom told The Times.

How could public programs be rebuilt? It was hard for DeRozan to come up with an answer.

“I hope things take a turn for the better,” he said.

Kurt Busch not cleared for NASCAR Cup race at Pocono