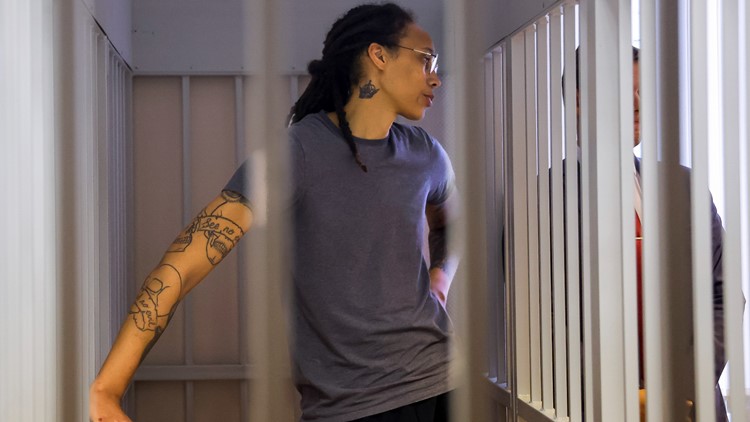 While at a local DC restaurant, the former NBA player told NBC News that he “got permission to go to Russia to help this girl.”

WASHINGTON — Former NBA player Dennis Rodman said he plans to travel to Russia to help Brittney Griner, the WNBA star who was sentenced to nine years in Russia prison earlier this month, according to NBC News.

“I got permission to go to Russia to help this girl,” the 61-year-old told NBC News on Saturday. “I’m trying to go this week.”

Rodman was vague about what kind of permission he was granted to visit Russia. Currently, the State Department has issued a travel advisory urging Americans to avoid visiting Russia.

Rodman has a history of informal diplomacy, having visited North Korea and even maintained a relationship with Kim Jung Un, according to NBC News. In 2018, Rodman emerged in Singapore when former President Donald Trump met with the North Korean leader.

Earlier this month, The Associated Press reported that Bill Richardson, a former US ambassador to the United Nations and a frequent emissary in hostage negotiations, said he was hopeful about the chances of a two-for-two prisoner swap that could result in Russia’s release from WNBA star Brittney Griner and another incarcerated American, Paul Whelan.