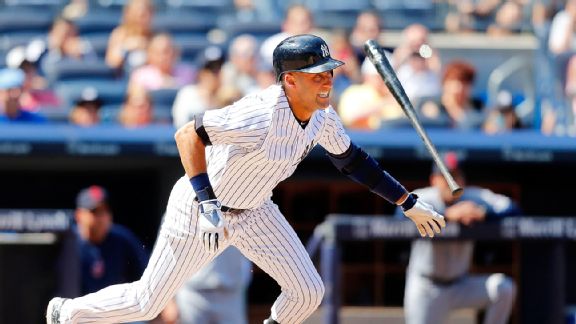 Derek Jeter doesn’t know where one of his legendary home run balls landed, LeBron casts some shadows on teammates who aren’t on the same page, and more from our Quotes of the Week.

“Believe it or not, the Cleveland fan didn’t want to give me that first HR ball, so I have no idea where it ended up.”

“I’m live from LA, home of seven professional teams… and the Clippers”

“My wife is truly the Hall of Famer in my family”

“I’ve told Daryl to improve the squad, sign who we have to sign and give me what’s left.”

“I’m obsessed with winning or losing. And what gives me sleepless nights is when you don’t have everyone in your club who thinks the same way.”

https://www.espn.com/mlb/story/_/id/34278875/derek-jeter-missing-particular-souvenir-more-quotes-week Derek Jeter is missing out on a particular souvenir and more Quotes of the Week