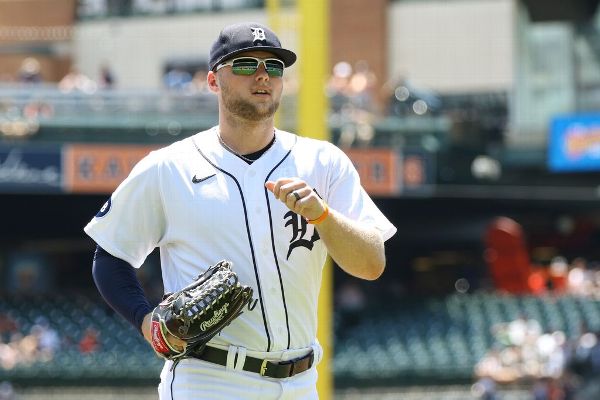 Detroit Tigers outfielder Austin Meadows will not remain in the lineup for the remainder of the season as he revealed in a post Friday that he is “struggling with my mental health” in addition to a host of previous injuries.

“What I’ve told very few people is that I’ve also struggled with my mental health in ways that have extended my time outside of the game I love so much,” Meadows said in his statement. “I’ve been dealing with this privately with a great team of professionals, but I have to keep working hard to feel mentally healthy.”

Meadows, 27, appeared in 36 games this season and missed time with dizziness, COVID-19 and tendinitis in his Achilles tendon, according to his post. He’s on the team but hasn’t played a game since mid-June. He had .675 OPS in 147 plate appearances that season.

“Even though I’ve been back in the clubhouse for the past few weeks and plan to stay with the club until the end of the season, I’m still not ready to return to the field,” he said.

Meadows was acquired by the Tampa Bay Rays just days before Opening Day this year. He hit 27 home runs in 2021 and hit .328 on May 1, but missed time that month due to dizziness. He struggled on his return, going 5 for 27 before straining both Achilles and being put on the IL. Then came the news of his off-the-field experiences.

“I’m so grateful to my family, my teammates and the Tigers organization for supporting me through this,” Meadows said. “I can’t do this alone and I hope by sharing my experience I can touch at least one person who may be going through their own struggles and encourage them to reach out to someone for help.”

Meadows was the Pittsburgh Pirates’ ninth overall pick in 2013. He has played in the major leagues for five seasons.

Reviews: 'I Came By,' 'Love in the Villa' and 'Surrogate'