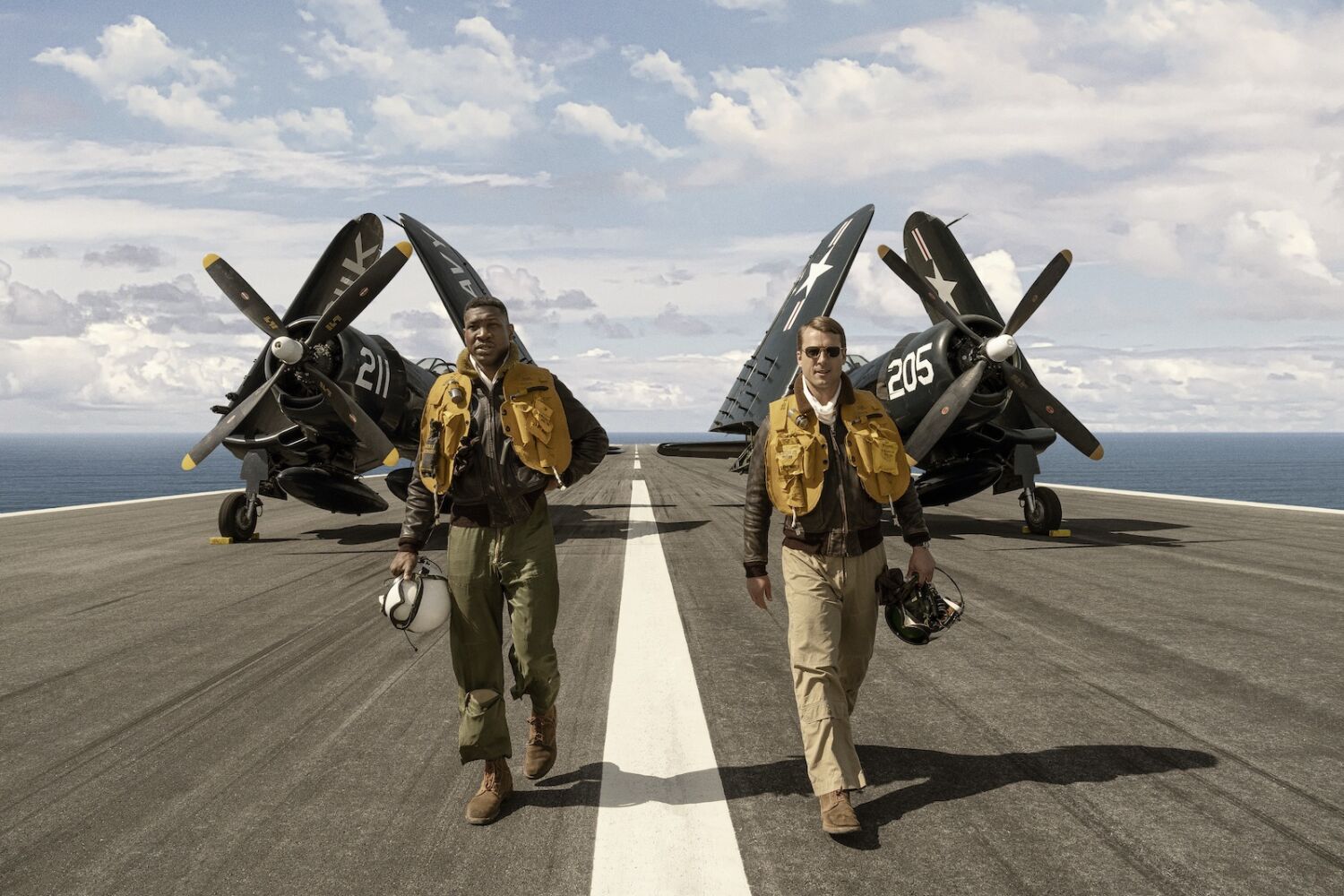 JD Dillard’s groundbreaking 2016 feature film Sleight was a low-budget gem that showcased what this aspiring filmmaker could do. Applying an indie sensibility to a dark, magic-inspired superhero origin story, his focus on character rather than spectacle made “Sleight” poignant and unforgettable. In Dillard’s new film, the Korean War epic Devotion, the budget may have grown and the lush, floating visuals more spectacular, but the emphasis on character remains the same.

This makes Devotion an emotional and fitting tribute to the real men behind an incredible true story. The experiences of Lt. Tom Hudner and Ensign Jesse Brown of the Korean War are adapted for the screen in detail in Adam Makos’ 2014 book Devotion: An Epic Story of Heroism, Friendship, and Sacrifice by Jake Crane and Jonathan Stewart. Glen Powell, who broke into wingmen this year with Devotion and Top Gun: Maverick, plays Tom Hudner; the notable actor Jonathan Majors plays Jesse Brown.

In collaboration with Oscar-winning cinematographer Erik Messerschmidt, Dillard creates an aesthetic for Devotion that harks back to classic war films: the pilots’ Brylcreemed coifs gleam on their leather bomber jackets; Their shiny new Corsair planes soar triumphantly through the clouds of the New England coast during their training flights. What they’re training for remains to be seen, as this group of airmen missed “The Big Show” of World War II. Tom, a graduate of the Naval Academy, doesn’t want to prove himself. Jesse, the Navy’s first black pilot, just wants to fly.

Jesse also wants to settle down with his young family, and struggling is in exchange for doing what he loves, despite the concerns of his wife, Daisy (Christina Jackson). Bachelor Tom is still searching for what he is fighting for (besides war hero status). He thinks it’s a woman, but he finds his purpose in the fight lies right next to him, in his friend Jesse.

Devotion takes 2 hours and 18 minutes to build the world and characters within, which proves to be a key motivation for the flight action of the second half. Crane and Stewart’s script is refreshingly understated about getting the basics down: it shows the characters in natural conversation as they work together, avoiding clunky portrayals.

We understand the racism Jesse has experienced through tensions with the Marines aboard their aircraft carrier, and an anecdote he tells Tom about the grueling, unfair swim test he was subjected to by the Navy. We see him struggling internally with the trauma of racism, in the strange ritual he performs when he’s alone, repeating the horrible insults and insults in the mirror. “It helps,” he says ruefully when Tom catches him. It’s a coping mechanism that isn’t explained or fixed, just part of its character.

At the same time, Jesse has become an important symbol – for the Navy, for the nation and for the black sailors who run on deck to watch every takeoff and landing. Jesse, who keeps his feelings secret, is uneasy when a Life magazine photographer wants him for a photoshoot, but is touched when one of the black sailors hands him a Rolex watch they bought as a souvenir their appreciation.

Powell, with his sharp, quintessentially American profile, fits the bill of a clean, privileged New England pilot, and the supporting cast, including Joe Jonas, Spencer Neville, and Nick Hargrove as the other pilots, add some personality to the crew. Thomas Sadoski is particularly great as their no-nonsense but sensitive commander. But the film’s performance is that of Majors, who always makes the unexpected and interesting choice. It’s the way he hooks a thumb into his flight suit, or the rhythm of his speech, or the long look he gives a sailor who can’t believe Elizabeth Taylor (Serinda Swan) has just turned this black pilot into an exclusive Cannes has invited casino.

Watching the boys flirt with French women during their shore leave is fun to watch, and while it might seem like flirtation ahead of the action, knowing Jesse and Tom and their relationship is an important part before we get to the high-flying heroism. Sonically, “Devotion” remains stable, never striving for over-the-top emotion or sensation, simply trying to express something authentically moving and human. It unmistakably achieves this, delivering a compelling tale of friendship during war and beyond that is both rare and real.

Rated: PG-13, for strong language, some acts of war/violence and smoking

‘Kingdom Hearts’ on Switch now has a “server congestion” warning