Queen ElizabethNext month’s Platinum Jubilee is shaping up to be a huge star-studded event.

To mark the 70th anniversary of his accession to the throne, the king will host a lavish 4-day festival with events and entertainment, including a grand concert taking place on Saturday, June 4 at Buckingham Palace. “Platinum Party at the Palace,” which will be broadcast live on BBC One, will feature performances from some of the biggest musicals in the world. Queen + Adam Lamberta cooperative act between active members of a longstanding and former rock band American Idol star, will open, and legend Diana Ross will end it with a compilation of some of her best songs. Alicia key and Duran Duran has also been announced as the title.

Brian May, Queen’s lead guitarist, said in a statement accompanying the line-up announcement, “Twenty years after playing The Queen’s Golden Jubilee, we are delighted to be invited again. Then there was a moment when I wondered… behind the roof of Buckingham Palace, where could you go? Well… you will see!!! May is, of course, referring to when the band previously participated in the King’s 2002 Golden Jubilee, where they took to the roof of the palace to perform some of their most iconic songs.

After the announcement, Ross said, “I have had the honor of meeting the Queen many times over the course of my life, including when I am with my family. The Queen has been and continues to be an incredible inspiration to so many people around the world and I am beyond thrilled to receive the invitation to perform on such an important and historic occasion.” And Ed Sheeran, who is the first musician to be publicly confirmed to play at the event, said in a statement, “I am looking forward to performing at The Queen’s Platinum Jubilee Pageant in June. I am proud to be a part of the celebration and this will be a great opportunity to bring everyone together. The concert will also feature performances from Hans Zimmer, Ella Eyre, Craig David, Mabel, Elbow, George Ezra, Andrea Bocelli, Mimi Webb, Sam Ryder, Jax Jones, Celeste, Nile Rodgers, Sigala and Diversity.

The Jubilee celebration will also feature a special appearance by British stars such as Sir David Attenborough, Emma Raducanu, David Beckham, Stephen Fry, Dame Julie AndrewsThe Royal Ballet, and a specially recorded performance from Sir Elton John. And in honor of the queen’s love for the show’s tunes, a special appearance from Andrew Lloyd Webber and Lin-Manuel Miranda are also scheduled, as well as performances featuring the cast and special guests from The Phantom of the Opera, Hamilton, Six, Lion King and Joseph and the Amazing Technicolor Dreamcoat. 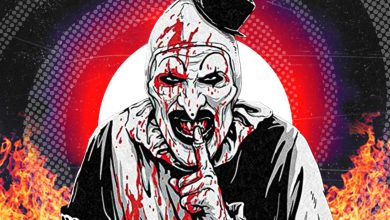