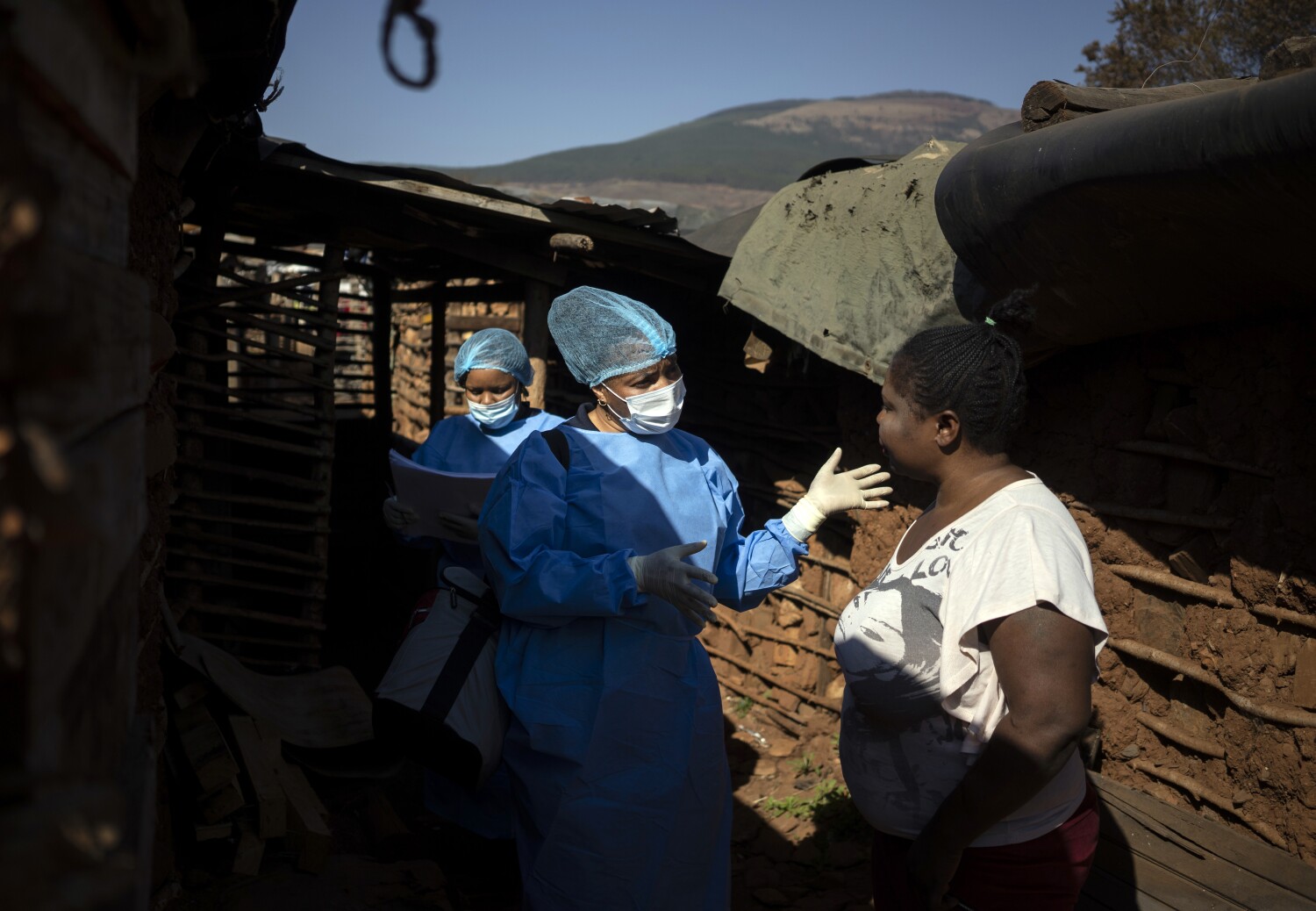 The Omicron variant, which is now present in at least 23 countries around the world, was likely incubated in the body of a person with an immune system compromised by HIV or another immune-depleting condition that can cause prolonged coronavirus infection, according to the South African scientists , who discovered the rapidly spreading genetic mutant.

Tulio De Oliveira said the occurrence of omicron in a patient unable to clear the virus quickly is “the most plausible” origin story for the world’s latest variant of concern.

There is good reason to believe so.

Researchers in the United States and Europe have seen coronaviruses with frightening mutations emerge in COVID-19 patients whose natural defenses have been suppressed by drugs used to fight cancer, treat autoimmune diseases like rheumatoid arthritis, or prevent organ transplant rejection.

De Oliveira has warned for months that the people most likely to carry such mutations in sub-Saharan Africa are the roughly 8 million with undetected or poorly treated HIV. Largely young, unvaccinated and immune-compromised, these people “could become a variant factory for the whole world,” he said.

In June, his team recorded the appearance of more than 30 genetic changes in SARS-CoV-2 samples taken from a single South African woman with advanced uncontrolled HIV. The mutations they saw — including several that could undermine vaccine protection and promote disease transmission — occurred over a six-month period.

Now, De Oliveira fears that a similar scenario may have brought Omicron to light. Last week he alerted the World Health Organization that his team had discovered a variant with dozens of new mutations circulating in Gauteng, South Africa’s most populated province, and neighboring Botswana. The samples studied by the scientists were collected between November 12th and 20th.

More than 30 of the mutations they saw were in the code of the virus’ crucial spike protein — the key that picks the lock on human cells and triggers infection. Many of the changes were known to De Oliveira from his study of HIV patients with prolonged coronavirus infections.

The Omicron variant appears to have played a key role in driving the dramatic rise in new cases among students, most of them young adults, at Tshwane University of Technology in Gauteng, said De Oliveira, director of the Center for Epidemic Response and Innovation in Stellenbosch University.

With Johannesburg at its heart, the province of Gauteng is the epicenter of the HIV epidemic in South Africa. It is home to approximately 20% of the 7.5 million South Africans living with HIV.

Across the country, 2.2 million people are infected with HIV that is undetected, untreated, or poorly controlled. The immune systems in these patients are “quite severely suppressed,” said Dr. Jonathan Li, a Harvard infectious disease specialist who was one of the first to detail extensive coronavirus mutations in an immunocompromised patient. Under HIV onslaught, their T cells fail to provide vital support that the immune system’s B cells need for clear infection.

“The sheer number of mutations that suddenly appeared here is really reminiscent of what we saw,” Li said. “If I had to guess, I’d say that’s probably how Omicron originated.”

dr Bruce Walker, immunologist and founding director of the Ragon Institute in Cambridge, Mass., warned against stigmatizing patients whose diseases could lead to variants. But Omicron’s emergence from a patient with prolonged infection is a pretty good bet, he said.

A new variant will not carry any telltale signature about how or where it originated, he added. But “statistically, there are a variety of causes of immunosuppression. And in southern Africa, HIV is a major cause.”

In a paper published in Thursday’s issue of the journal Nature, De Oliveira and three South African colleagues warn that “Africa is being left completely behind” as COVID-19 vaccines, medicines and testing supplies are stockpiled by the world’s wealthy countries. Failure by those countries to help African countries control both HIV and COVID-19, the scientists wrote, will undermine their efforts to wipe out the pandemic globally.

While nearly 40% of the world’s population has been fully vaccinated against COVID-19, the rate for Africa is less than 7%, the scientists wrote. In South Africa, 24% of the population is fully vaccinated, according to Our World in Data.

To make matters worse, the continent’s erratic progress in securing vaccines has prompted public health officials to initially focus on older patients. The result is that virtually all young adults in Africa remain unvaccinated. And with 80% of those living with HIV across the continent being under the age of 50, vaccinating patients at risk of prolonged coronavirus infection have been infinitesimal.

In an interview this week, De Oliveira said there could be other explanations for the sudden appearance of a variant with so many mutations.

It’s possible that Omicron has been circulating elsewhere for months, steadily accumulating genetic changes. (It was present in the Netherlands until November 19, almost a week before De Oliveira announced.) If the variant had matured in countries where genetic sequencing is rare or nonexistent, it might have flown under the radar by the time they arrived in South Africa — the continent’s genetic sequencing powerhouse — already laden with mutations, he said.

Walker, who called the discovery of Omicron “an absolutely world-class achievement” by South African scientists, said the world cannot afford to let the pandemic rage unchecked on any continent, wherever it came from.

“It’s the nature of the virus to mutate,” he said. “It’s not that if there wasn’t HIV infection, we wouldn’t have to worry about it.”

https://www.latimes.com/science/story/2021-12-02/did-omicron-coronavirus-variant-arise-in-patient-with-uncontrolled-hiv Did a collision of COVID and HIV forge the Omicron variant?