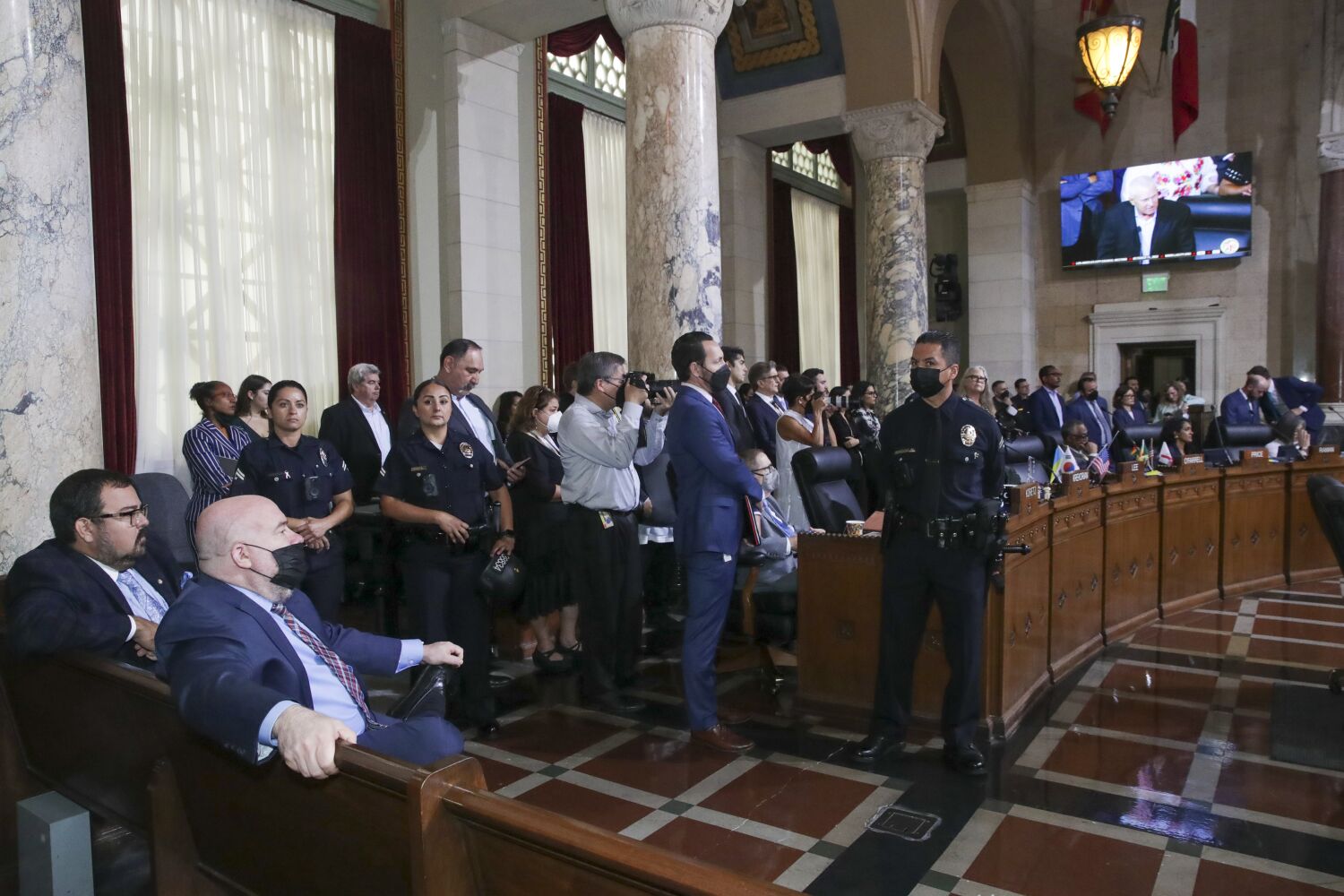 The revelation that members of the Los Angeles City Council exchanged racial slurs in a secret meeting with a top union leader has not only sparked widespread outrage, but also prompted some Californians to wonder if they too have crossed a legal line .

The Ralph M. Brown Act of 1953 guarantees the public the right to observe their elected officials deliberating and making decisions, with limited exceptions. And the three members who gathered last October discussed something with a direct and significant impact on their constituents: the boundaries of the new city council districts, including the division of economic wealth between the Latino- and Black-dominated districts.

The Brown Act was broad in scope, covering informal meetings as well as official meetings at City Hall. But it does not apply to every meeting of councilors. Instead, it applies to “any assembly of a majority of members of a legislature at the same time and place, inclusive [by] Conference call …to hear, discuss, debate, or take action on any item falling within the substantive competence of the Legislature” (emphasis added).

There are 15 members of the LA City Council, so the three who attended the meeting at the offices of the Los Angeles County Federation of Labor – then-council president Nury Martinez, Kevin de León and Gil Cedillo – did not constitute a majority of that body. The three also did not serve on council committees together, and only Martinez (who announced Tuesday she was taking a leave of absence) and De León were members of the seven-member board of directors.

Had two other members of the committee been present at the meeting, the subject under discussion would certainly have qualified for Brown Act treatment. At that time, the council examined whether and how the district boundaries proposed by the Citizens’ Redistribution Commission should be changed. Council approved an amended map in December.

The meeting would also have violated the Brown Act if it had been one in a series of talks that cobbled together consensus among a majority in the council or its redistribution committee. According to a presentation by the California League of Cities, such “series meetings” could be a series of face-to-face meetings, phone calls, or emails between a single member and his or her colleagues, or a “daisy chain” of communications from one member to the next.

The leaked recordings do not show that the meeting at the LA Federation of Labor was part of a series that has developed “collective agreement” in council on redistricting. The council voted 12-2 in November for a draft of the amended map and in December 13-0 for final approval.

Had the October session fallen under the Brown Act, council members would have had to post an announcement of the special session on the city’s website at least 24 hours in advance, notify the media, and notify the rest of the city council of the First Amendment Coalition. The invitation would have set out an agenda for the meeting and discussions would have been limited to agenda items. The meeting should then have been open to the public and given the opportunity to comment.

State laws provide limited remedies for gatherings that violate the Brown Act. Officials can be charged with misdemeanors for attending, but any action taken must be appealed within 90 days of the closed session to be reversed.

Shanghai Emerges From Covid-19 Lockdown, Revels in the Mundane

Despite ‘defunding’ claims, police funding has increased in many U.S. cities