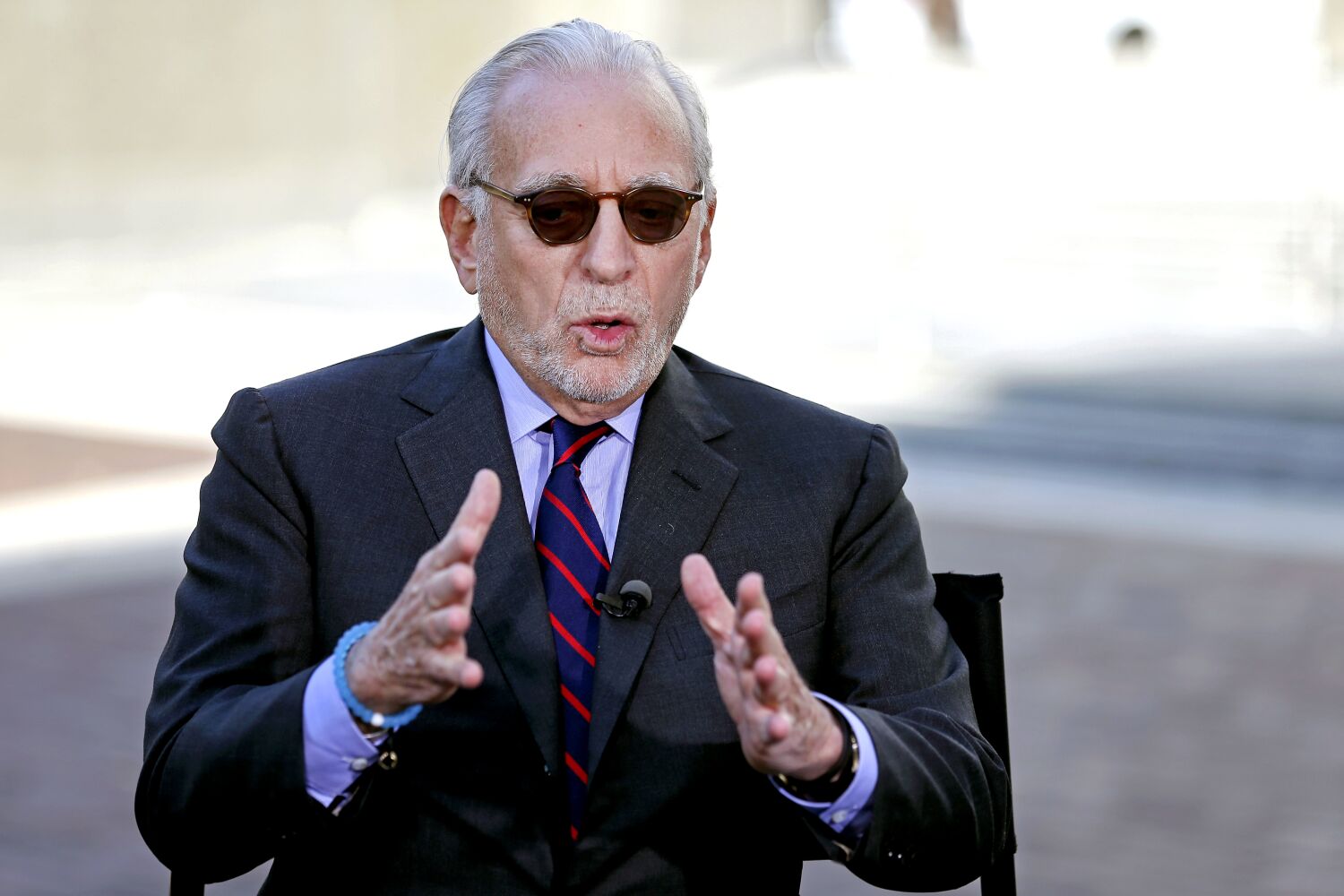 The Walt Disney Co. has spoken out against activist shareholder Nelson Peltz’s campaign to join the company’s board of directors, saying the billionaire lacks a basic understanding of Disney’s business and has not presented any strategic ideas.

In a shareholder presentation released Tuesday, Disney criticized Peltz and defended Chief Executive Bob Iger’s leadership and his landmark acquisitions, including 21st Century Fox, arguing that such deals have transformed the company.

Simultaneously, Disney revealed that Peltz’s requests to the company were supported by a high-profile and perceptive figure within the company: Marvel Entertainment Chairman Isaac “Ike” Perlmutter.

“Nelson Peltz does not understand Disney’s business and lacks the skills and expertise to assist the board in delivering shareholder value in a rapidly changing media ecosystem,” Disney said in his presentation. “Peltz has no track record in large-cap media or technology to provide solutions for the evolving media landscape.”

Peltz, 80, has been meeting with Disney executives and board members for months to get a seat on the Burbank-based entertainment giant’s board of directors, but his offers have been turned down. He’s now trying to get elected by Disney shareholders, who will be voting at the company’s upcoming annual meeting. A date has not been announced.

Peltz, known for proxy fights with companies like Procter & Gamble, announced last week his efforts to win a seat on the board and pressure Disney, given what he calls the company’s “self-inflicted” problems to correct its poor stock performance. He listed his complaints on a website called RestoretheMagic.com.

Most notably, he criticized Disney for a streaming strategy that struggled to reach profitability, a poor track record in succession planning, and a $71.3 billion acquisition of Fox assets that left the company with significant debt . He said he wants Disney to start paying dividends to shareholders again by fiscal 2025.

Disney forestalled Peltz’s fight on Wednesday by appointing former Nike CEO Mark Parker as the next chairman, replacing veteran business executive Susan Arnold, who is being fired after 15 years on the board. Disney recommended investors vote against Peltz and support his own 11 candidates instead.

In its Tuesday rebuke to Peltz, Disney fired back at suggestions that Iger overpaid Rupert Murdoch for Fox and is touting the franchises and executive talent who joined the company through the 2019 deal. That includes James Cameron’s “Avatar” movies, X-Men, “The Simpsons,” taking control of Hulu, Oscar-winning special films arm Searchlight, and TV execs Dana Walden and John Landgraf, all of whom Disney is better at transitioning the industry have positioned themselves on a direct-to-consumer business model.

Disney+, which launched in November 2019, has grown rapidly, making Disney one of Netflix’s closest rivals. Disney+ has 164.2 million subscribers. Netflix has 223 million. However, the streaming business is increasingly being questioned by Wall Street media analysts who are skeptical about the extent to which subscription revenue can replace the money lost from traditional TV and movies.

Disney noted that Iger’s previous acquisitions of Pixar, Marvel, and Lucasfilm have proved all doubts wrong, even though those three deals were much smaller than Fox’s purchase.

Disney also challenged Peltz’s analysis of the company’s performance, saying that during Iger’s 15-year tenure, which began in 2005, the company has delivered a 554% shareholder return, outperforming the S&P 500 and peers in the legacy media sector. Recent struggles stem in part from the COVID-19 pandemic, which hampered the company’s film studio and parking businesses and accelerated the industry’s streaming pivot.

Peltz began reaching out to Disney executives in July, beginning with a luncheon with then-CEO Bob Chapek at Disneyland Paris, official filings show.

Per Disney’s schedule, Peltz’s efforts were supported by Perlmutter, who wanted the company to consider adding Peltz to the board. Just days after the initial meeting, Perlmutter called Chapek, Disney’s chief financial officer Christine McCarthy, and board member Safra Catz to lobby for Peltz’s inclusion.

According to Disney, Perlmutter said having Peltz in the group would “Mr. Helping Chapek weather the recent headwinds he has faced to solidify his position as CEO and forestall any other potential shareholder nominations from director candidates.”

According to Disney’s filing, Perlmutter said that “without Mr. Peltz, previous executives, including Mr. Iger, would be back at Disney.” Perlmutter, once Marvel’s chief executive, is a significant shareholder in Disney. Perlmutter’s role at Marvel was diminished in 2015 when Disney had Kevin Feige, head of Marvel Studios, architect of Marvel’s lucrative film strategy, report to Disney studio boss Alan Horn in place of Perlmutter.

But Chapek’s position was far from solid. The board fired Chapek in November and brought back Iger as board chairman for a two-year term. Parker is expected to chair a board committee dedicated to finding Iger’s successor, considering both internal and external candidates.

Since his return, Iger has made a number of changes at Disney, including a reorganization in the name of restoring the power of the company’s creative executives. Layoffs are expected amid a broader effort to cut costs.

Disney confirmed that its board of directors met with Peltz on Jan. 10 for a presentation of its analysis of Disney’s business, but found it lacking. Peltz said in his version of events that he was offered a role as an observer on the board, but not as a voting member. The company denied Peltz’s claim, saying he was in fact rather invited to an information-sharing arrangement.

“Mr. Peltz had not, and indeed the Trian Group representatives at the meeting had not presented a single strategic idea for Disney, that their assessment of Disney did not appear to take into account the secular shift that was ongoing in the media industry, as well as the implications of the Pandemic on every part of the company’s business, from production to exhibition to vacation travel,” Disney said in a proxy statement.

Report: The Justice Department’s 1/6 Criminal Investigation Is Getting Closer to Trump, A.K.A. the Guy Actually Responsible for 1/6