If you’re a fan of Marvel, Star Wars or Disney, you may want to know if Disney Plus has a free trial to test out the site before committing to a subscription.

Disney Plus launched in November 2019 as a streaming service for entertainment brands under The Walt Disney Company. Those brands include Disney, Pixar, Marvel, Star Wars and National Geographic. As of June 2021, more than 100 million people are subscribed to Disney Plus, and we can see why.

Not only does the streamer have almost every Disney, Pixar, Marvel and Star Wars movie in its catalogue, but the service also allows users to stream blockbuster movies, such as Raya and the Last Dragon and the live-action Mulan, as well as offers original content like The Mandalorian, WandaVision, High School Musical: The Musical: The Series and The Falcon and The Winter Soldier. 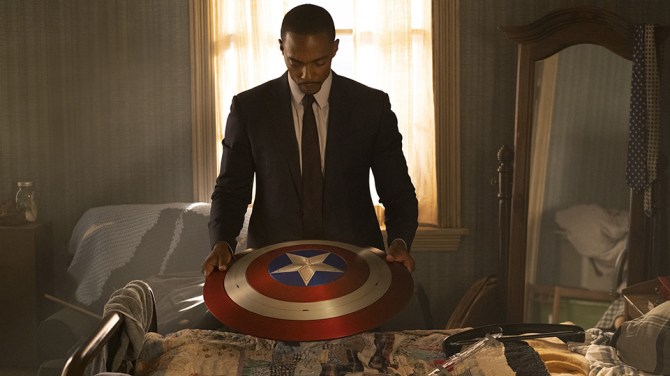 How much does Disney Plus cost?

How much does Disney Plus cost? Disney Plus offers two plans: a Basic ad-supported plan for $7.99 per month and a Premium no-ads plan for $10.99 per month. Along with no ads, the Premium plan also allows users to download content to watch off line.

How much does Disney Plus With Premiere Access cost?

Does Disney Plus have a free trial?

No, Disney Plus does not have a free trial. Unfortunately, Disney Plus ended its free trial in 2020, but there’s still a way to watch shows like The Falcon and the Winter Soldier and movies like Mulan at no cost. Keep on reading below to find out some of the secret ways to secure a free trial for Disney Plus in 2022.

Verizon customers with Get More Unlimited and Play More Unlimited plans are also eligible for their Disney Bundle, which offers not only a free Disney Plus subscription for as long as you have your Verizon plan, but also free Hulu and ESPN+ subscriptions too, which saves viewers about $12.99 per month. Click here for Verizon’s FAQ on how to sign up for its Disney Bundle. So there you have it—a way to watch Disney Plus for free.

What’s on Disney Plus?

So what’s on Disney Plus? Disney Plus has more than 7,000 episodes and 500 movies. The service’s catalogue includes original TV series and movies from networks like Disney Channel and Freeform, as well as franchises like Marvel, Star Wars, Disney and Pixar. Disney Plus also has its own original content that includes Marvel shows like WandaVision, The Falcon and The Winter Soldier and Loki; Star Wars shows like The Mandalorian and The Bad Batch; Pixar shows like Monsters at Work; and Disney shows like High School Musical: The Musical: The Series. Many Marvel films, such as Eternals and Shang-Chi and the Ten Rings, are also available to stream on Disney Plus soon after their theatrical releases.

Is Disney Plus worth it?

Is Disney Plus worth it? In an interview with University of Pennsylvania in 2019, former Walt Disney Company CEO Bob Iger explained why the company decided to launch Disney Plus. “When I got my job … I saw a world where technology has enabled storytelling to proliferate much more and there is much more consumer choice,” Iger said. “Quality and brands matter more than ever. That essentially means don’t let the economy get in the way of making something great, don’t let time get in the way of making something great. Don’t be limited by the amount of time it takes or the amount of money. Greatness is a necessity and an imperative.” He continued, “Consumers have a habit of going right to brands that you know because that brand has values. It creates almost a chemical reaction inside you if I say Nike, or Apple or Mercedes Benz or Pixar or Star Wars. There’s a comfort level because you know you’re going to be buying something that you know and trust.”

Because of Disney’s established brand, Iger told the university that he doesn’t feel as much competition between Disney Plus and other streaming services like Netflix, Amazon Prime Video and Apple TV+. “As we see it, we’re not competing as directly because of the brand proposition of the service,” he said. “That’s one reason we’re doing it, and that’s one reason we’re confident about it. From a consumer perspective, it’s a very, very different product than what you’re buying from Netflix and Amazon and what you’ll buy from Apple.”

Iger, however, has also been critical of Disney Plus, especially after he retired from his role as CEO in 2021. In an interview with CNBC at the time, Iger told the network at the time that he thinks Disney Plus needs to diversify its content more beyond Marvel and Star Wars. “I think [Disney Plus] needs more volume,” he said. “And there probably needs to be more dimensionality, meaning, basically, more programming or more content for more people, different demographics. But, [CEO Bob Chapek] is aware of that and is addressing those issues.”

Bob Chapek, who replaced Iger as CEO of Disney, told CNBC in 2022 about his long time plans for Disney Plus. “Well, our great content is what drives our numbers and you’re right. We had a great quarter across the board, whether you’re looking at the Disney+ sub adds of 11.8 million, if you’re looking at a record setting domestic parks performance, you know, coming right on the heels of COVID. That’s very, very encouraging,” he said. “And just the overall performance of the company with earnings per share of a buck six. That’s a really strong performance. And we’ve always said we’re in this for the long-term. This is a long-term game, not really a quarter-to-quarter type of proposition. And I think the long-term health of Disney content really drives the day and to be honest with you, our great cast members, we have roughly 200,000 people that work tirelessly every day to get us through the pandemic and drive us to these kinds of results.”

He continued, “Well, we’re reaffirming our guidance of 230 to 260 as we gave last December. That’s been our target that continues to be our target and really what’s driving us is what we’ve said, great content. We’ll have more franchise added content on our big franchises added this fiscal year, double what we had in ’21. So that that new content really is what drives it, you know, quarter to quarter because of the pandemic. You know, we have a little gaps here and there in terms of the content. So it’s not a straight-line growth every quarter but we’re reaffirming that to 230 to 260. We feel very good about that.”

He also confirmed Disney’s plans to continue to release blockbuster movies like Turning Red and Encanto in both theaters and on Disney Plus. “Well, we’ve always said we’re gonna have a flexible distribution strategy right now and the reason is, is because we’re in a world of flux, changing consumer behavior because the availability of titles in homes and homes our consumers have had a chance, our viewers have had a chance to enjoy that,” he said. “They love it. And at the same time, lagged recovery if you will, from COVID in theaters, and so we’d like to remain as flexible as possible, but we do believe in the future of the theatrical business, particularly for our big temple titles. Obviously, there are certain demographics that are slow coming back, the family films, that’s one thing that’s been a little bit slower, and the films that sort of go outside the big blockbusters, those are slower to come back. But we believe that we’ve got a lot of options between our theatrical exhibition releases as you saw with Encanto with a short window or direct to our service as you’re seeing with Turning Red coming up in March, we’re really really excited about the options that we can give to our audience.”

Chapek also told Variety in 2021 about Disney’s decision to release its blockbuster movies, which also include Raya and the Last Dragon, soon after their theatrical release. “I think the consumer is probably more impatient than they’ve ever been before,” he said. “Particularly since now they’ve had the luxury of an entire year of getting titles at home pretty much when they want them. So I’m not sure there’s going back, but we certainly don’t want to do anything like cut the legs off a theatrical exhibition run.” He continued, “I don’t think they’ll have much of a tolerance for a title, say, being out of theatrical for months, yet it hasn’t had a chance to actually be thrown into the marketplace in another distribution channel, just sort of sitting there getting dust.”

He also discussed how the release plan also allowed Disney to reach consumers amid the current health crisis at the time. “It certainly makes a lot of sense right now, in a COVID world, to have an option,” he said at the time. “Obviously, theaters aren’t going to be 100 percent back. But it’s nice to know that we’ve got the ability for people who do want to enjoy it in their home — because they don’t quite feel confident in going to a movie theater — that they’ve got that choice. What this looks like in the future? Well, we’re going to gain a lot of experience and a lot of data points.”

Chapek also responded to criticism over the abundance of Marvel and Star Wars shows, which he disagreed with. “In terms of fatigue, I guess that’s borne out in the numbers,” he said, noting the popularity of WandaVision. “I would say the situation is the same for Marvel as it is Lucas[film]. You know, if you look at it, we’ve averaged over a billion dollars a film since the acquisition of both Lucas[film] and Marvel, which I think is an absolutely incredible statistic.”

Though a large percentage of Disney Plus’ subscribers are families, Chapek also noted how many other demographics the streaming service has reached. “What we didn’t realize was the non-family appeal that a service like Disney Plus would have. In fact, over 50 percent of our global marketplace [subscribers] don’t have kids, and that is the big difference,” he said. “When 50 percent of the [subscribers to] Disney Plus don’t have kids, you really have the opportunity now to think much more broadly about the nature of your content.”

RM Net Worth 2022: How Much Kim Namjoon Makes With BTS

Kanye West and crew escorted out of Skechers headquarters