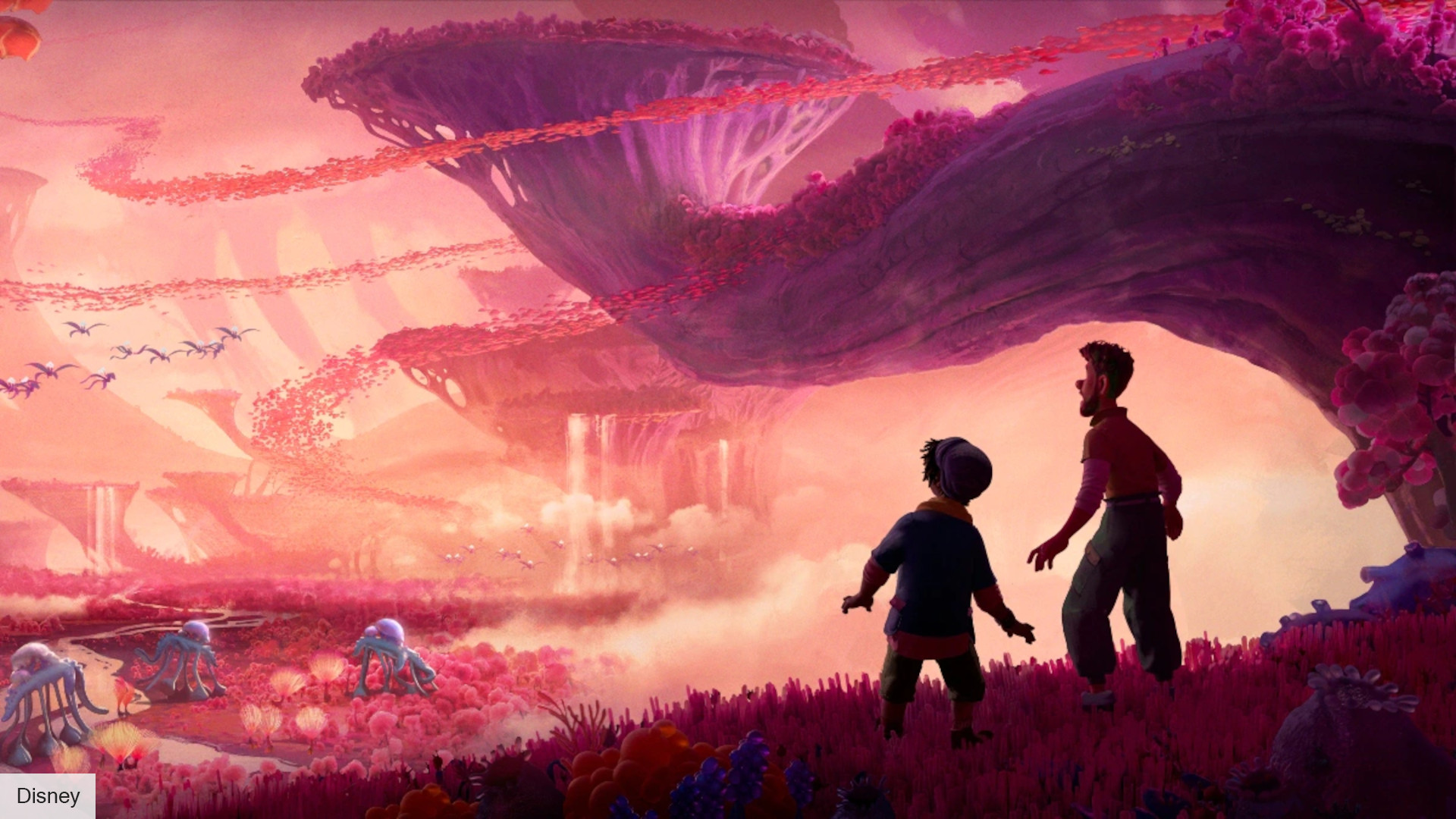 Disney has released the first trailer for their next animated feature, due out in November 2022. They hope to repeat Encanto’s monster success with the monsters of an alien planet in Strange World.

The summary is; “The original action-adventure Strange World from Walt Disney Animation Studios travels deep into an uncharted and treacherous land where fantastical creatures await the legendary Clades, a family of explorers whose differences lead to their latest – and by far – most important mission threaten to fall. Directed by Don Hall (Big Hero 6, Raya and the Last Dragon) and co-director/writer Qui Nguyen (co-writer Raya and the Last Dragon).”

It sounds and looks like it’s similar to the Netflix TV series The Deep, with a little family dynamic in The Mitchells vs The Machines. The trailer begins with “You’re Invited on a Journey Like You’ve Never Been Before” with images of what appears to be a purple planet filled with strange flora and fauna. The writing on the screen says; “Experience an adventure full of impossibilities.”

Of recent non-Pixar Disney releases, Raya and the Last Dragon made $130 million and Encanto made $255 million. This is compared to Frozen II, which grossed $1.5 billion, but that was significantly before the pandemic and before Disney Plus. It’ll be interesting to see how Lightyear fares – the first Pixar film to get a theatrical release since Onward came out in March 2020 (about a week before the US and UK went into lockdown).

You can check out the Strange World trailer below;

If you’re excited for Strange World, check out our guide to the best Disney movies.

Reality TV as a safe space for LGBTQ+ participants, viewers