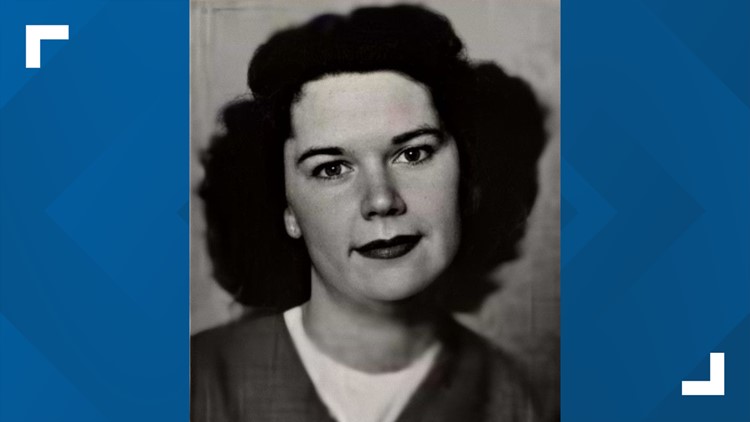 SNOHOMISH COUNTY, Wash. – The Snohomish County Sheriff’s Office (SCSO) announced Thursday that DNA has helped identify a John Doe and a Jane Doe at the center of two separate cold cases in the county.

Othram, Inc. helped identify the remains of Blaine Has Tricks, whose body was found in a landfill in 1977, and Alice Lou Williams, who went missing in 1981, SCSO said.

In September 1977, a Marysville Landfill worker discovered human remains and contacted SCSO. SCSO determined that the man, later identified as Has Tricks, had come to the landfill from downtown Seattle commercial dumpsters.

The Snohomish County coroner ruled the death a homicide, but an autopsy could not determine the cause due to extensive post-mortem trauma from compaction during shipment and bulldozing processes at the landfill.

The Seattle Police Department and the King County Sheriff’s Office ruled out several missing persons based on dental records and circumstances.

SCSO pointed to the record-keeping practices of both the coroner’s office and the sheriff’s office that helped the case go cold.

Authorities have been re-examining the case since 2009 and exhuming Has Tricks’ body in 2011.

In 2021, detectives submitted remains to Othram, Inc. for DNA extraction and testing. The DNA was used to link Has Tricks to relatives in the Lower Brule Sioux tribe of South Dakota, and Has Tricks was identified.

SCSO learned that Has Tricks disappeared in 1977 after boarding a train with his brother in Spokane, Washington. Has Tricks has not been seen again or has been reported missing.

Has Tricks’ remains were returned to his family in North Dakota.

In 2009, US Forest Service surveyors discovered part of a human skull in a steep ravine off Beckler Road north of Skykomish.

Authorities searched the area but could not find other remains, clothing or jewelry.

dr Kathy Taylor, a forensic anthropologist for King County and the state of Washington, determined that the remains belonged to a woman in her 40s. SCSO said that due to the limited remains found, no other physical characteristics could be ascertained.

Authorities ruled the death suspicious due to the presence of trauma and the location where the remains were found.

In 2021, SCSO sent remains to Othram, Inc. for DNA extraction and testing.

The Snohomish County Medical Examiner’s Office officially identified the woman as Alice Lou Williams and ruled her death a homicide.

SCSO said Williams had reportedly disappeared from their recreational cabin on Lake Loma in July 1981 under suspicious circumstances.

Snohomish County Sheriff’s Office detective Jim Scharf said forensic genealogy is the best tool law enforcement has come up with. Scharf said SCSO had no other DNA evidence for cold cases they were trying to identify, clarifying that they were all identified or already profiled.

Judge: Trump's theory about Pence's election powers has 'no basis'

Seattle Steelheads will be honored by Mariners on Juneteenth