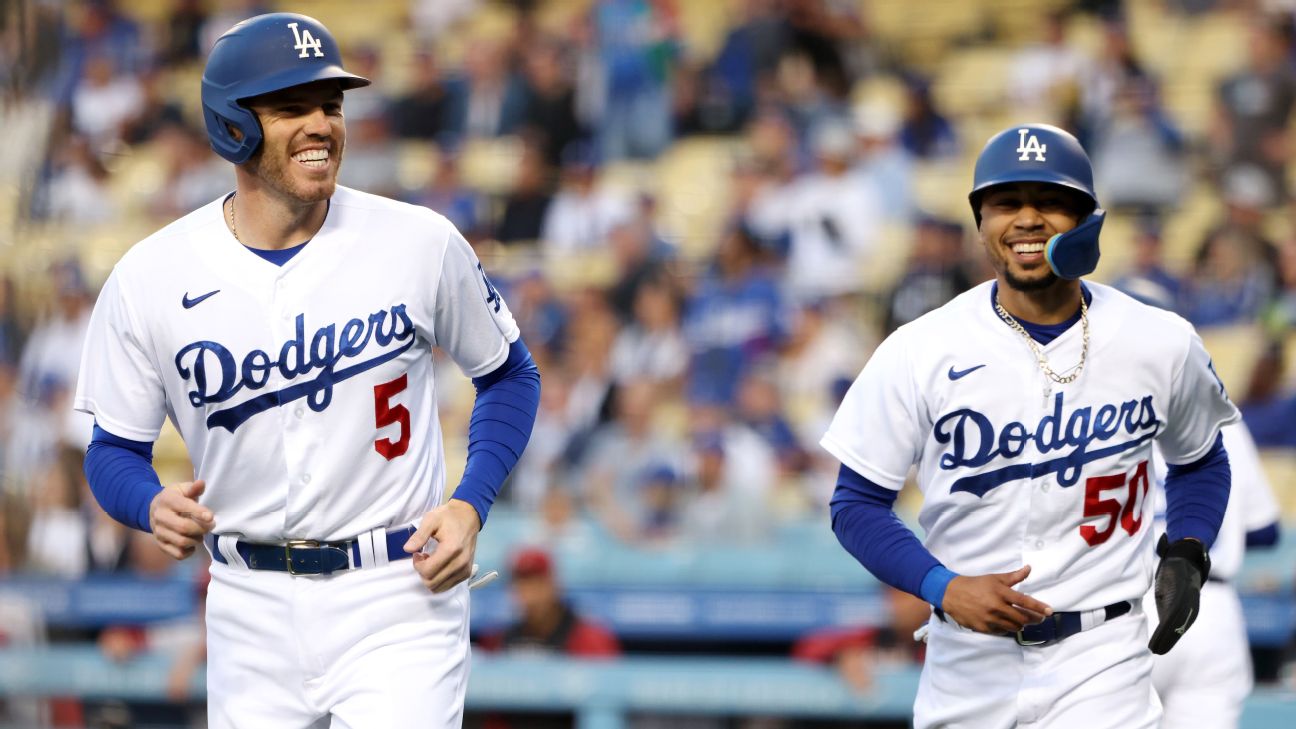 The Los Angeles Dodgers are the consensus betting favorites to win the 2023 World Series, which heads into an offseason that will feature several high-profile free agents, including Aaron Judge.

Caesars Sportsbook has the Dodgers as favorites at +500, followed by the reigning champ Houston Astros at +550. The Astros finished out the Philadelphia Phillies in six games on Saturday to win this season’s World Series and clinched their second title in the last six seasons.

The Atlanta Braves and New York Yankees both opened at +850, rounding out the teams with single-digit opening odds at Caesars. The New York Mets are +1,000 and the Phillies opened at +1,200.

The odds will be in motion during a high-stakes offseason as teams scramble to land Judge and other valuable free agents like Mets ace Jacob deGrom. Judge turned down a $213.5 million contract extension offer from the Yankees earlier last season and had a career year with an American League-record 62 home runs and 131 RBIs.

The San Francisco Giants, expected to make a serious run at Judge, opened at +4,000 to win the 2023 World Series.

The Dodgers, who are the consensus preseason favorite for the fourth straight year, have had single-digit odds for the World Series in nine of the last 10 preseasons, according to betting archive Sportsoddshistory.com. Star shortstop Trea Turner is the Dodgers’ greatest free agent.

The Oakland Athletics and Washington Nationals were the biggest long shots to win next season’s World Series, each listed at +30,000 at Caesars.

No Guardrails for Regulators