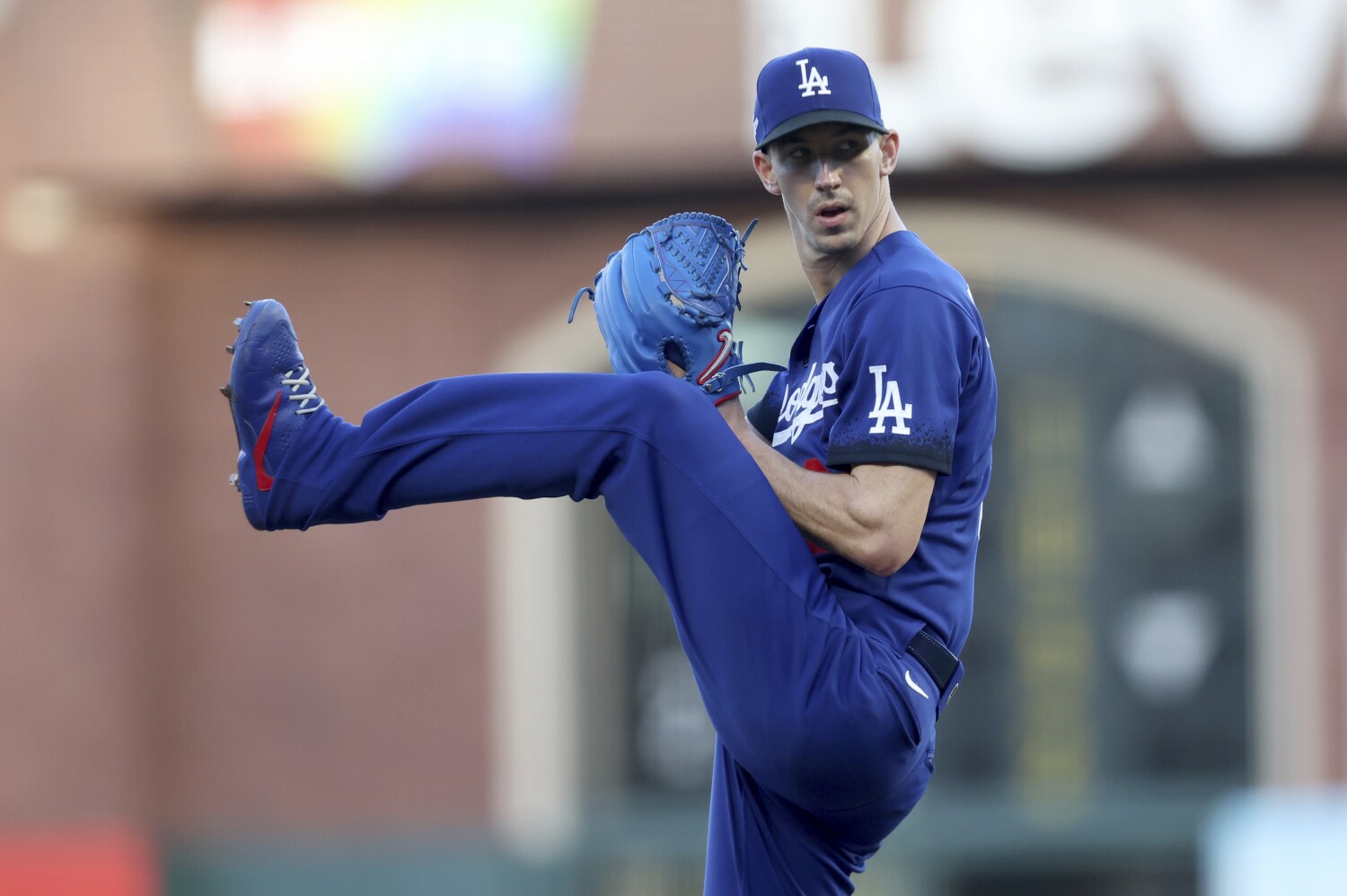 Walker Buehler will “lose a good chunk of time,” Dodgers manager Dave Roberts said after the pitcher was placed on the injured list Saturday with a right forearm strain.

How long he will be out is yet to be determined, however, until the team receives the results of an MRI scan Buehler performed in Los Angeles on Saturday afternoon.

“The first step is to get the information and figure out where we’re going,” Roberts said. “I don’t even want to say how long [he might be out].”

Buehler was injured in his start against the San Francisco Giants on Friday night when he said something “grabbed” his elbow while throwing a break ball in the third inning.

The right-hander initially attempted to throw through the discomfort but left the game after the fourth inning when the feeling didn’t go away.

“It was just a little bit different,” said Buehler, who added that he’s regularly felt different feelings in his elbow since undergoing Tommy John surgery as a potential patient in 2015. “[It is] something we need to check.”

While Roberts didn’t know the details of Buehler’s injury ahead of Saturday’s game, he said his assessment that the pitcher would be out “a good bit of time” was based on the “part of the arm that has history with how it is.” manifested last night as we know we often take the conservative approach to getting a player back.

In a similar move Saturday, the team recalled right-handed pitcher Michael Grove to add some length to the bullpen.

The Dodgers are also getting other reinforcements on the pitcher front.

Clayton Kershaw will return on Saturday after a month-long absence due to a back injury. Andrew Heaney could be back from a shoulder injury as early as June 19, with the left-hander expected to start another minor league rehab on Tuesday.

“I think the guys understand that more is being asked of them,” Roberts said. “It happens naturally.”

While Buehler was perhaps the most talented pitcher on the Dodgers’ staff, he was in the midst of a patchy start to the season prior to his injury.

His ERA was 4.02, the highest he had in 12 starts in his career. His strikeout rate and walks plus hits per inning pitched (WHIP) were at the worst levels of his career. And he’d only gotten into the seventh inning twice, which he’d done regularly the previous season.

However, Buehler said his elbow injury wasn’t to blame for his underperformance and didn’t even think it affected his pitches at the end of Friday’s start.

“I’m not someone to blame for this,” he said.

Roberts agreed with that assessment on Saturday. The manager also said that while Bühler had tinkered with his mechanics over the past few weeks in order to find more productive results, he couldn’t say if that had any impact on Friday’s injury.

“Losing him in any form is a blow,” Roberts said. “We’ll see where we get today and hopefully we’ll get him back sooner rather than later.”

LIV series ‘here to stay,’ should ‘come together’ with PGA Tour