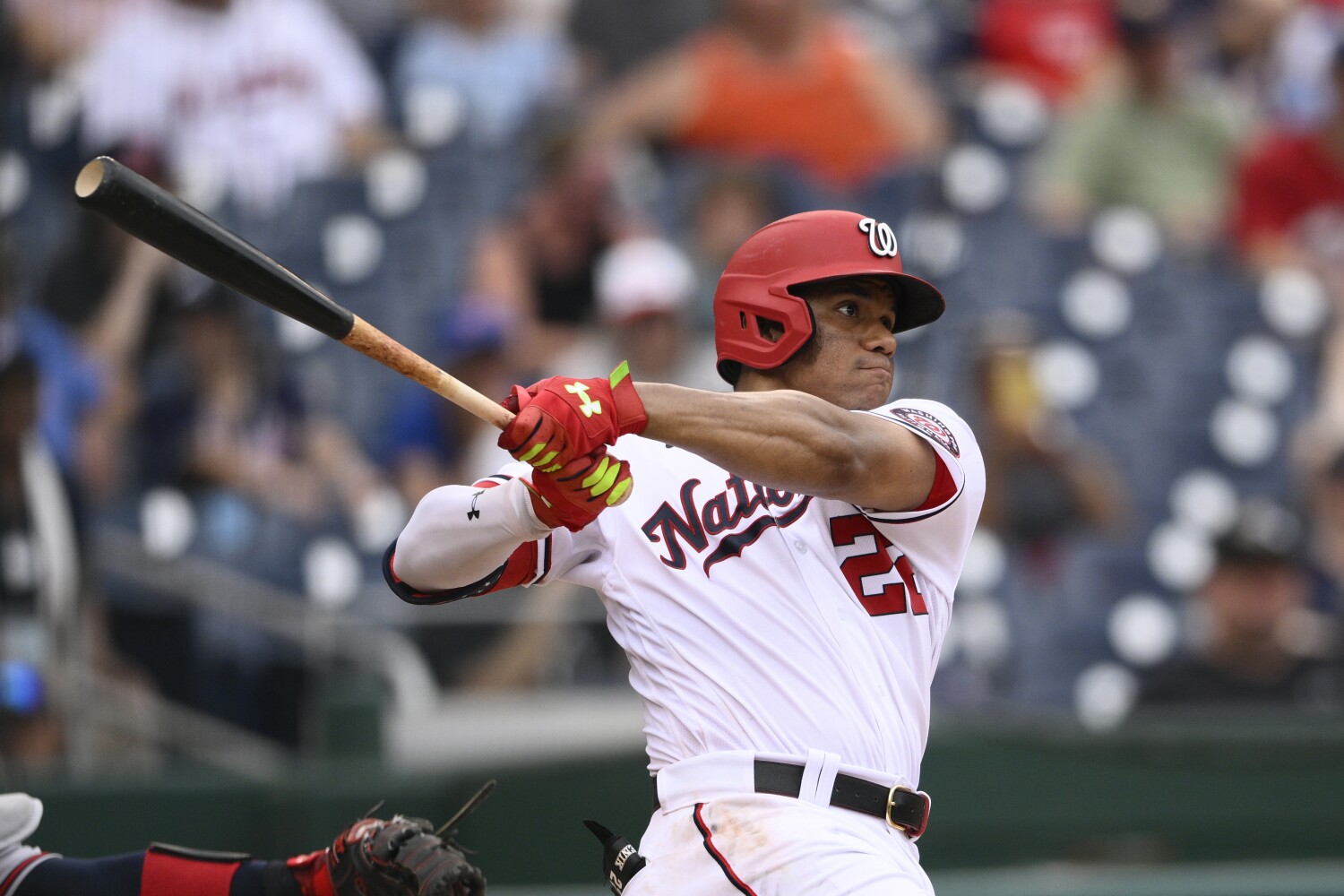 What you need to know: The Dodgers will welcome outfielder Juan Soto and the Washington Nationals as the two teams open a three-game series Monday at Dodger Stadium.

Soto appeared at Chavez Ravine last week while competing in the All-Star Home Run Derby competition and All-Star Game for the National League.

The Dodgers will field one of their all-star pitchers on the mound, right-hander Tony Gonsolin (11-0, 2.02 ERA) against Nationals right-hander Paolo Espino (0-3, 3.57).

The Dodgers (64-30) capped a four-game win over the San Francisco Giants on Sunday with a 7-4 win that extended their current winning streak to eight games.

The Nationals (32-65) avoided an Arizona sweep as they beat the Diamondbacks 4-3. Washington has won just three of their last 20 games and is 27½ games behind the New York Mets in the National League East.

The Dodgers expect left-hander Andrew Heaney, who has not appeared in a game since April 17 because of a shoulder problem, to return to the rotation and could be available for Wednesday’s series finale.

How to watch the Dodgers vs. Nationals series

https://www.latimes.com/sports/dodgers/story/2022-07-25/dodgers-nationals-watch-streaming-start-times Dodgers vs. Nationals: How to watch, start times, schedule