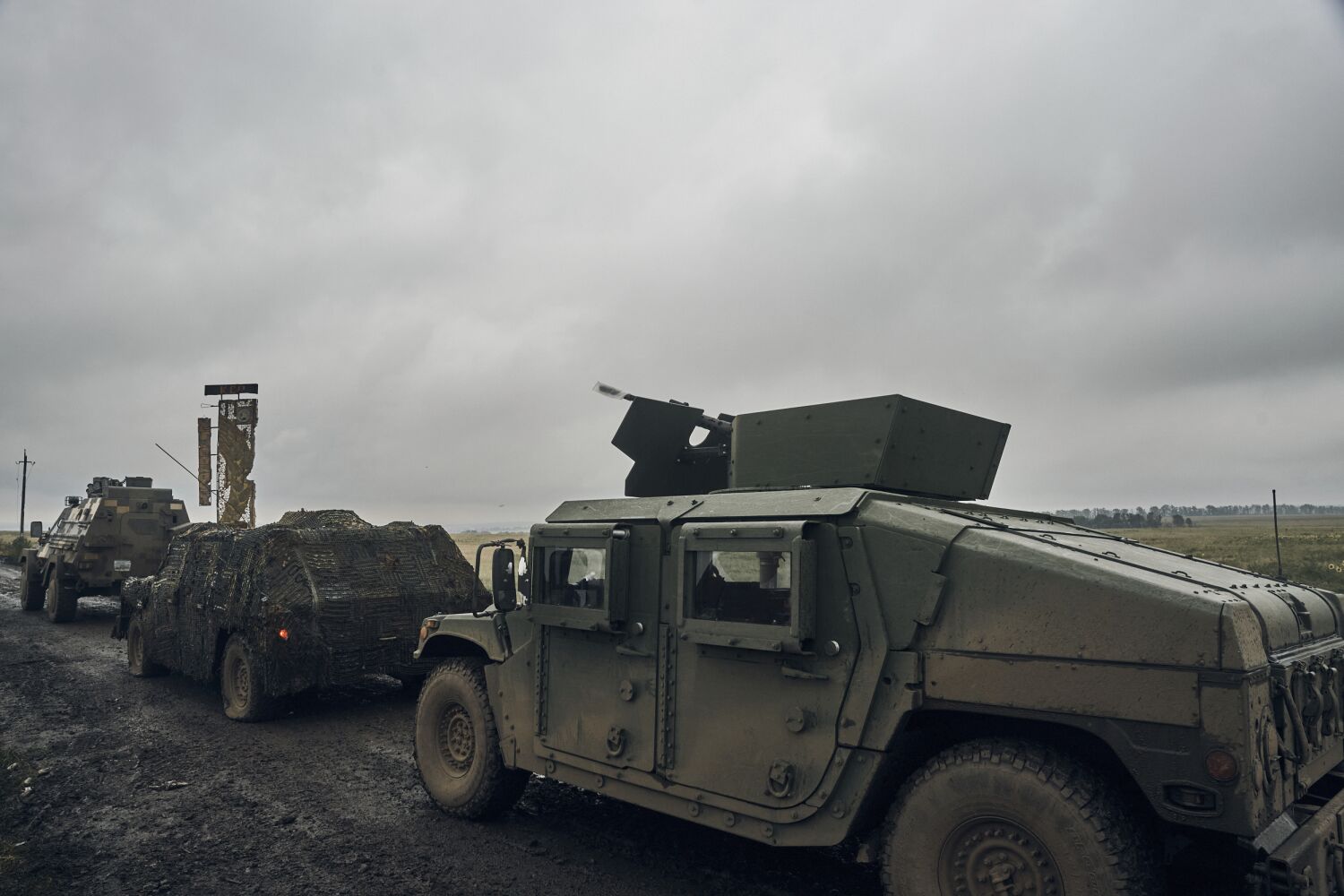 Ukraine claims to have retaken thousands of square miles of Russian-held territory in an offensive that began last week. Moscow recognized a “regrouping” that others saw as a retreat.

“The road to victory is a difficult one, but we are sure you are capable of it,” said Ukrainian President Volodymyr Zelenskyy in his late night address on Sunday, hailing his country’s troops in what he saw as victories. “You will see our borders and the enemy’s rear. You will see the gleam in the eyes of our people and the heels of the occupiers.”

But officials in Washington, the Pentagon, the White House and the State Department urged caution. They were reluctant to support a Ukrainian sense of triumph so early in the battle.

“It is clear that they are fighting hard to defend their country and reclaim territory,” White House press secretary Karine Jean-Pierre said Monday as she traveled to Boston with President Biden. “We will simply continue to support their need to succeed on the battlefield. That was our goal.”

US officials said the trade in gains and withdrawals between Russians and Ukrainians is likely to continue despite the Ukrainian push, which appears to have reached a stretch of the country’s border with Russia.

Weapons stocks, weather and the determination in Moscow as well as in Washington and the European capitals will determine the further course of the war.

“The early signs are positive and we see that Ukraine is making real, demonstrable progress in a conscious manner,” said Secretary of State Antony J. Blinken. “But that will probably continue for some time. There are large numbers of Russian forces in Ukraine, and unfortunately, tragically, horribly, President [Vladimir] Putin has shown that he will involve a lot of people in this, which will cost Russia dearly.”

Blinken spoke at NATO headquarters in Brussels on Friday after an unannounced trip to the Ukrainian capital of Kyiv. But his comments reflected what remained the prevailing government view on Monday.

Some Europeans who have backed the US-led effort to arm and support Ukraine have expressed optimism that this potential breakthrough could be the moment when an arms upgrade would give way to negotiations.

However, US officials said negotiations were unlikely. Most Russian opening offers for negotiations, they said, begin with total Ukrainian surrender — an obvious non-starter.

In May, Biden signed a new $40 billion aid package for Ukraine. In the months since, US military aid to Ukraine has included heavier weaponry, including howitzers, armed drones and sophisticated artillery-missile systems known as HIMARS.

A senior US military official said Monday the Pentagon had confirmed some of Ukraine’s gains over the weekend.

“We understand that the Ukrainians are making progress in their struggle to liberate and recapture areas to the south and east near Kharkiv,” the official said, informing reporters on condition of anonymity about battlefield reports. “We assume that the Russian armed forces have largely ceded their gains to the Ukrainians and retreated north and east. Many of these forces have crossed the border into Russia.”

The measured response by US officials to Ukraine’s new battlefield successes has been consistent with the Biden administration’s approach to the conflict since the war began in February.

“We have very consistently not spoken for the Ukrainian military, either now or in the future. They are fighting bravely and skillfully and should be allowed to speak for themselves,” said a senior administration official.

Biden administration officials, who less than two years ago oversaw the US withdrawal from the nation’s two-decade war in Afghanistan, understand that the dynamics of a war can change over time and a premature declaration of victory in the long run can look foolish.

Despite the US sending $13.5 billion in aid to Ukraine since January, the White House has said throughout the conflict that this is neither America’s war nor a proxy war between Putin and the West.

Early on, Biden was reluctant to send Ukraine weapons that might be perceived as “offensive,” instead focusing on packages containing Stinger and Javelin missile systems. Only after Ukraine withstood the initial Russian attack and the conflict stalled did the US begin sending more advanced weapons, including the HIMARS missile launchers, which Ukrainians have used to devastating effect in recent days.

But US officials fear that a clearer round of victories from Washington at this point in a still-unresolved conflict could undermine Zelenskyy, lending credence to Putin’s claims that he is waging a proxy war with the North Atlantic Treaty Organization and the West.

At a moment when the Russian leader is undoubtedly frustrated by his military’s lack of success and an invasion that may prove to be one of the great blunders of the 21st century, any direct provocation by the still-unpredictable Putin runs counter to Biden’s Goals throughout the conflict: Avoid any direct confrontation between the US and Russia.

Though Biden may be reluctant to poke Putin squarely in the eye, Ukraine’s weekend gains are shifting the calculus. The war “is not a one-sided struggle” in which Moscow is destined to win, said Samuel Charap, a political scientist specializing in Russia at Rand Corp. “This lends political weight to the idea that Ukraine can win. ”