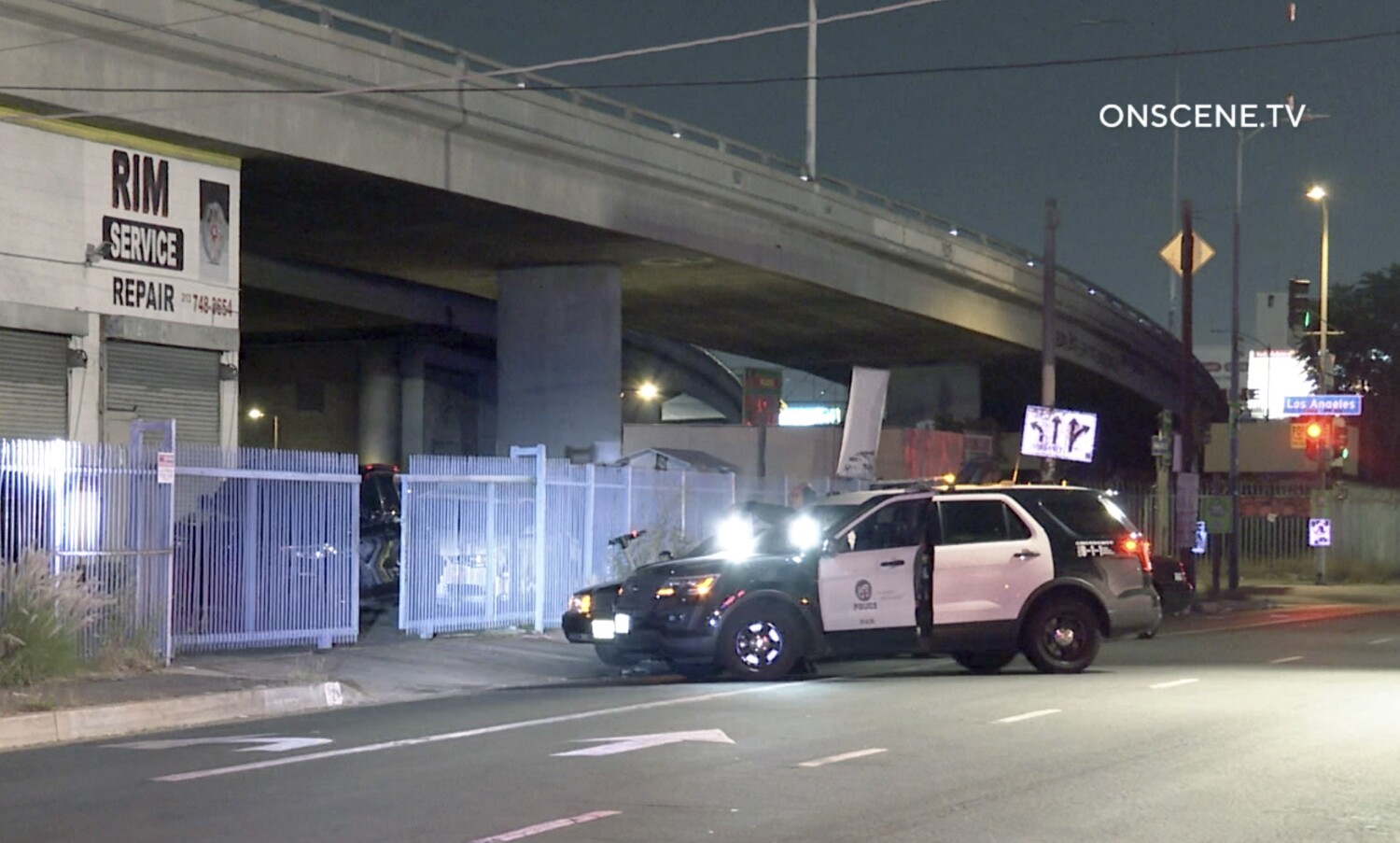 The Los Angeles Police Department received a 911 call from a warehouse near East 18th Street and South Main just after 8 p.m. A man told police he and two other people were tied up and being held captive in the warehouse, LAPD officer Lizeth Lomeli said.

When officers arrived, they discovered two other men still tied up inside, Lomeli said.

Police say one of the men found in the warehouse suffered minor abrasions while the other was unharmed. Investigators are still working to find out why the three were being held in the warehouse.

Twelve other people were in the warehouse when police arrived. All have been arrested and are being questioned, Lomeli said.

Mike Trout and Angels determined to revive their 2022 season