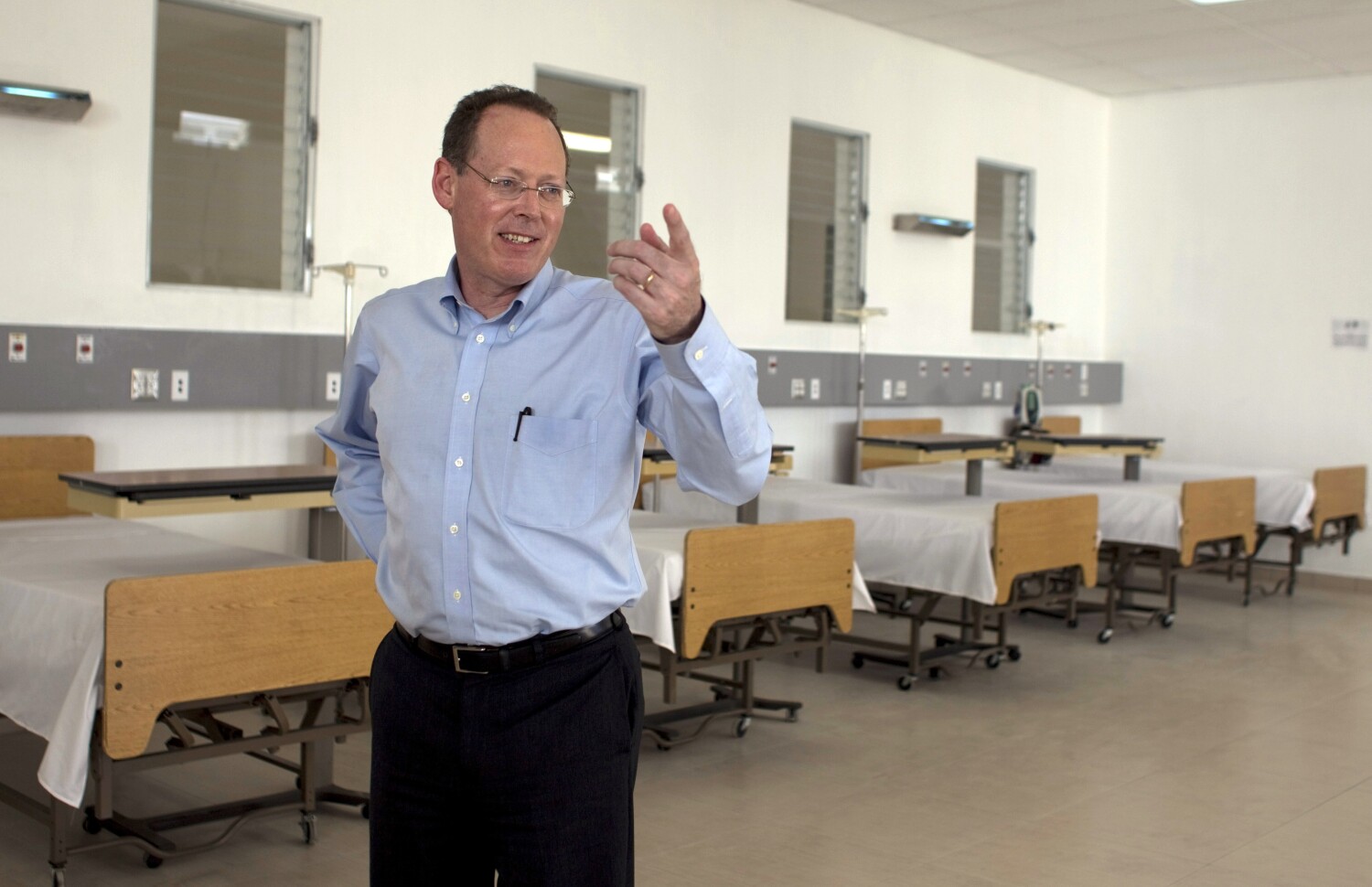 dr Paul Farmer, an American physician, humanist and author known for bringing health care to millions of impoverished people worldwide and co-founder of the global nonprofit Partners in Health, has died at the age of 62.

The global health organization confirmed Farmer’s death on Monday, calling it “devastating” and noting that he died unexpectedly in his sleep of an acute heart attack while in Rwanda, where he had been teaching.

Farmer was a professor of medicine at Harvard Medical School and director of global health justice at Brigham and Women’s Hospital. According to Partners in Health, he has written extensively on health, human rights and social inequality.

“A compassionate physician and infectious disease specialist, a brilliant and influential medical anthropologist, and one of the greatest humanists of our time—perhaps of all time—Paul dedicated his life to improving human health and advocating health equity and social justice on a global scale.” George Q. Daley, dean of Harvard University School of Medicine, wrote in a statement.

Partners in Health, founded in 1987, said its mission was “to offer the poor a preferred healthcare option.” The organization began its work in Cange, a rural village in Haiti’s central highlands, and later expanded its activities to regions such as Africa, Eastern Europe and Latin America.

Pulitzer Prize-winning author Tracy Kidder, who wrote nonfiction, Mountains Beyond Mountains: The Quest of Dr. Paul Farmer, A Man Who Would Cure the World, said he traveled with the famous doctor for a month while Farmer treated prisoners and impoverished people in Haiti, Moscow and Paris.

“He was an important figure in the world,” Kidder said. “He had a way of looking around corners and connecting things. He couldn’t go there alone and heal the whole world, of course, but he could, with the help of his friends, provide proof of the possibility.”

One of Kidder’s strongest memories of Farmer emerged in Peru, where the doctor was treating patients with multidrug-resistant tuberculosis. Kidder recalled a woman wearing a Mickey Mouse shirt following them to their car, looking very shy.

Head bowed, she said “Thank you” to Farmer in Spanish. Kidder recalls, “Paul turned around, took each of her hands in his and said in Spanish, ‘It’s a privilege for me.'”

He added that Farmer was instrumental in getting AIDS treatments and creating various healthcare systems around the world.

“It really humiliates the naysayers who think it’s kind of okay if some people get health care and some don’t,” Kidder said. “It just drove him crazy.”

Michelle Karshan, vice president of a nonprofit prison health system in Haiti, who has worked closely with Farmer, said he is determined, innovative and has always known how to sidestep obstacles and bureaucracy.

“He didn’t take no for an answer,” she said. “He did not consider anyone too poor or too illiterate to be entitled to health care.”

She noted that when the World Health Organization refused to give HIV drugs to illiterate people in Haiti because they feared they might not know when or how to take it, Farmer set up his own program and charted it based on the position of the sun. He also hired people known as “companions” to trek through Haiti’s rugged mountains to make sure patients had water, food, and their medication.

“I’m so sad for all the people who won’t have him in their lives. He was there for everyone,” Karshan said.

“Paul Farmer changed the way health care is delivered in the poorest places on earth. He saw each day as a new opportunity to teach, learn, give and serve – and it was impossible to spend time with him and not feel the same,” Clinton said in a statement.

At the start of the COVID-19 pandemic, with thousands of cases reported in Massachusetts every day, local health officials were overwhelmed with the task of contact tracing to slow the spread of the disease.

The state launched a contact-tracing collaboration in April 2020 and asked Partners in Health to lead the initiative, which the state said made more than 2.7 million calls to residents at a total cost of about $158 million.

Farmer is survived by his wife Didi Bertrand Farmer and their three children.