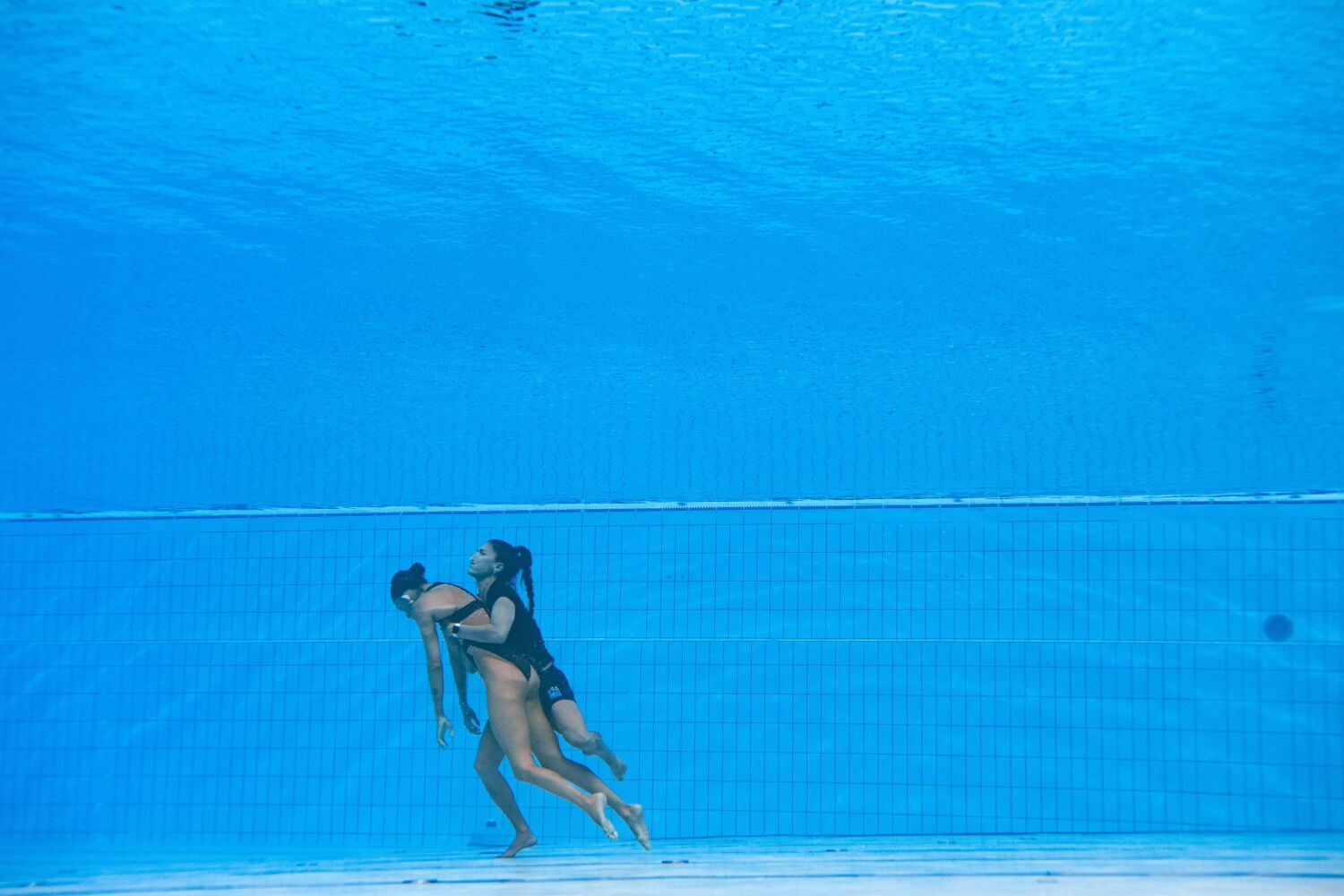 While American artistic swimmer Anita Alvarez performed her solo free routine in competition at the World Aquatics Championships in Budapest, Hungary on Wednesday, her coach noticed something was wrong: Alvarez had sunk to the bottom of the pool.

Andrea Fuentes immediately dove and pulled Alvarez to the surface where the two were, according to published reports, helped by another person.

Alvarez had passed out.

In dramatic images captured by Agence France-Presse, Fuentes can be seen underwater reaching out for Alvarez, who was floating near the bottom of the pool with her arms down.

Pictures show Fuentes stepping out to the surface with Alvarez – who was apparently unconscious – in tow. At the top they were helped by an unknown man.

“Anita has been evaluated by medical personnel and will continue to be monitored,” USA Artistic Swimming said in a statement posted to Instagram on Thursday. “She is feeling much better and is using today to rest.”

Fuentes pointed out that “this happens in other high-performance sports.”

“Our sport is no different than any other, just in a pool,” she said in a statement from USA Artistic Swimming. “We cross borders and sometimes we find them.”

Taking to her Instagram, Alvarez thanked her and said she would provide an update “soon.”

“But in the meantime, know that I’m fine and healthy,” she wrote.

Despite the attention the incident and the haunting photos have garnered, Alvarez and the team seem focused on finishing the competition.

“I appreciate all the messages of support and I hope everyone can respect that my team and I still have two more days of competition to focus on here in Budapest.”

Artistic Swimming said that while Alvarez has been evaluated and will continue to be monitored, it was unclear on Thursday if she would compete on the free team last Friday.

“Whether this is for me in the water or on the sidelines will be determined by me and medical professionals,” Alvarez wrote. “But either way [the team] and I have a job to do and I hope everyone can understand that.”