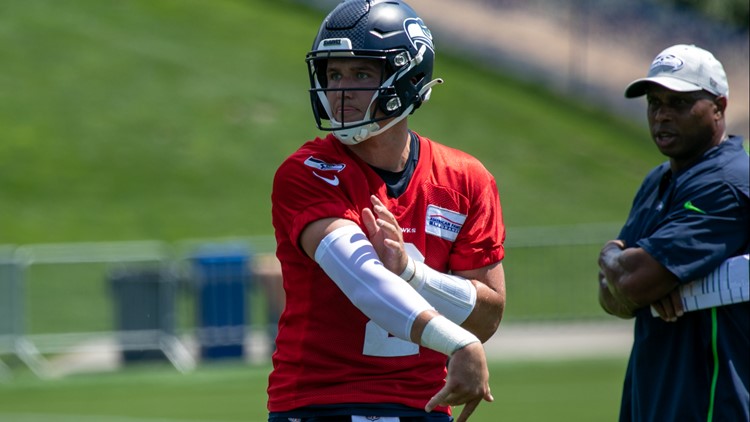 The news came just hours after Seahawks head coach Pete Carroll told reporters at training camp that Lock would be the starter for that second preseason game against the Chicago Bears Thursday night at Lumen Field.

Geno Smith, who Carroll said remains the favorite Tuesday to win the regular-season starting job over Lock, got the start for the team’s first preseason game in Pittsburgh against the Steelers.

Carroll emphasized that since training camp began, it had been planned to start Lock in the second game of preseason and that Lock deserved the chance to start after his game in the first few weeks.

“We had planned well before the off-season even started to come to this game, the second game, Geno would be the starter in (the mock game) at Lumen and the opening game, then we would go into the second game with Drew ,” Carroll said after Tuesday’s practice session (h/t Seahawks.com/John Boyle). “We’re trying to accommodate that if we can.

“That was part of the plan. Regardless of what happened, we wanted to give Drew a chance to start a game to see what happens. Luckily he played really well and he deserves a chance to play like everyone deserves a shot to play and show what they can do, so we were able to stick with that.”

Smith played the entire first half of the Seahawks’ loss to the Steelers in the first game of the preseason, completing 10 of 15 passes for 101 yards. Smith added a 2-yard touchdown run on his final drive and didn’t turn the ball over.

Lock played the entire second half, completing 11 of 15 passes for 102 yards with two touchdowns and zero interceptions. Lock was released from behind late in the fourth quarter and fumbled as Seattle tried to level the game in what was the Seahawks’ only turnover that night.

After Thursday’s game, the Seahawks will have another preseason contest on August 26 against the Dallas Cowboys.

'RHOBH's Files Appeal To Have $750k Earrings Returned To Her!!

Dodgers vs. New York Mets: How to watch on TV, stream and listen