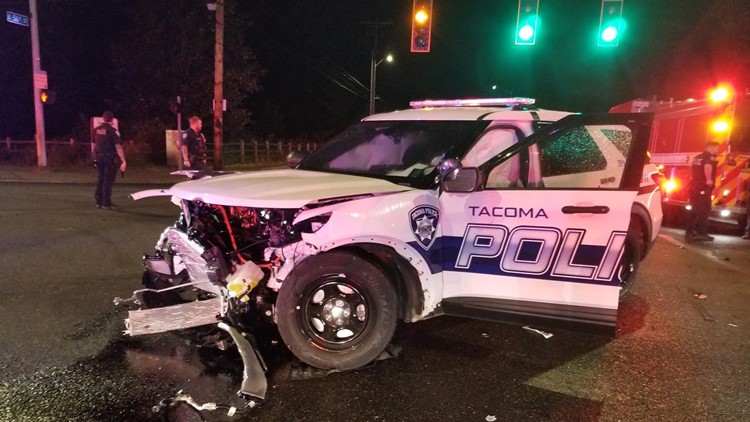 TACOMA, Wash. — A driver was arrested after he crashed into a Tacoma Police Department (TPD) patrol vehicle late Thursday night.

The accident occurred before 11:15 p.m. at the intersection of East 56th Street and Portland Avenue East

According to TPD, an officer was turning north onto Portland Avenue East when a southbound vehicle ran a red light and rammed the squad car.

said the police The driver who ran the red light fled the scene but was taken into custody “after a brief foot pursuit.”

The officer in the squad car is expected to be okay. The driver of the accident was taken to the hospital as a precaution.

Tacoma police said the driver was arrested for hit and run and illegal possession of a firearm.