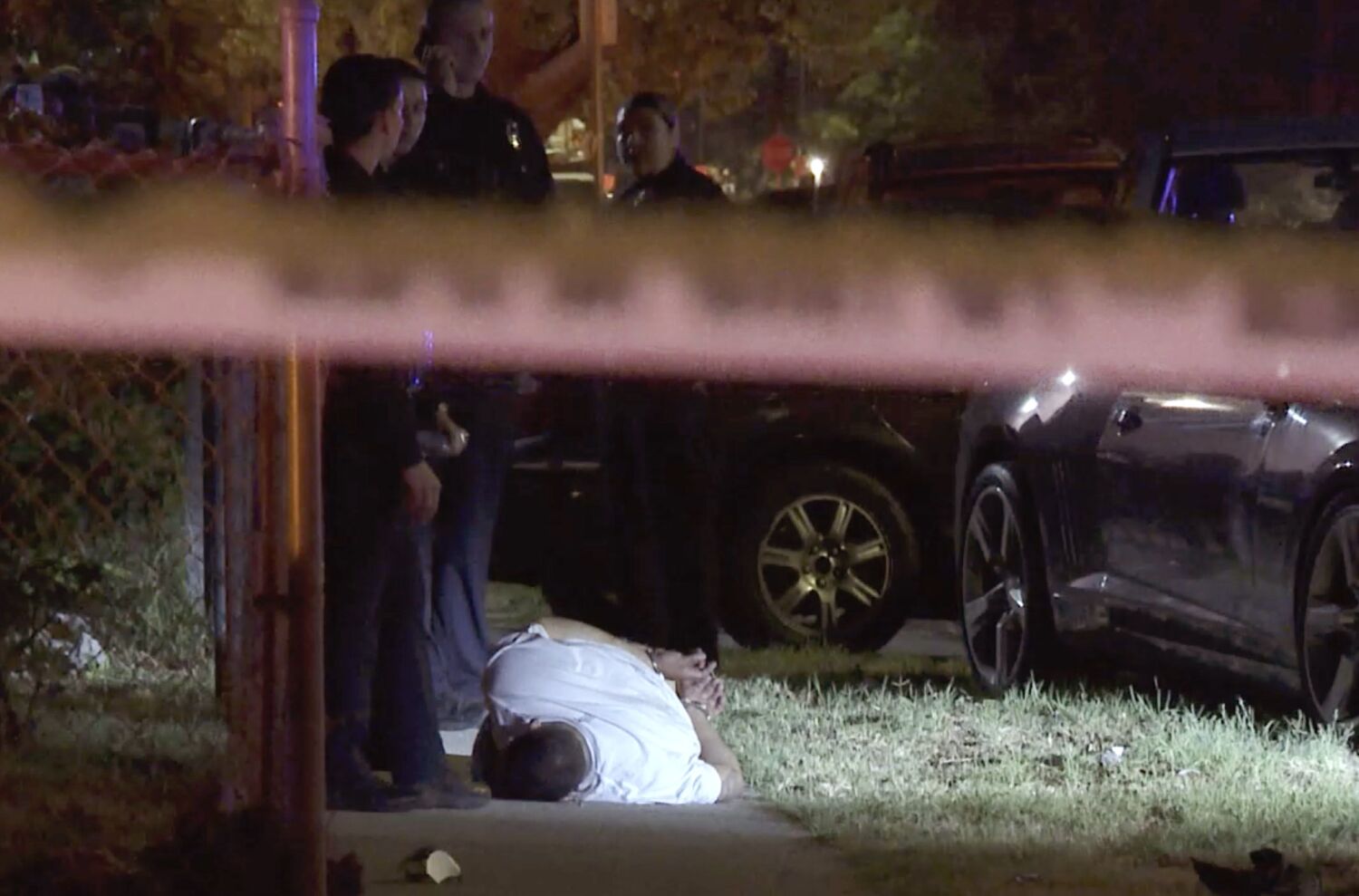 A man was arrested after a shootout with police and a chase that ended with the suspect plowing his vehicle into parked cars in south LA, authorities said.

Officers responded to reports of gunshots being fired near 110th Street and Broadway around 9:30 p.m. Thursday, police said. They encountered the shooter in an alley west of Broadway.

The suspect then fired at officers who returned fire, but no one was hit during the exchange, police said. The man then jumped into an SUV and fled north.

Officers chased him for several minutes until the suspect crashed into several cars near 97th Street and Towne Avenue before surrendering to police, Aguilar said. Someone was in one of the vehicles that was hit, but the person was not seriously injured.

The suspect was taken to a local hospital for non-life-threatening injuries, according to police. He has not been identified.

39 Best Slippers for Men in 2022: WFH Essentials from Birkenstock, L.L.Bean, Ugg, and More

Franklin and Hector Ceballos are soaring again in Northern League

The Times podcast: The nightmare that is identity theft