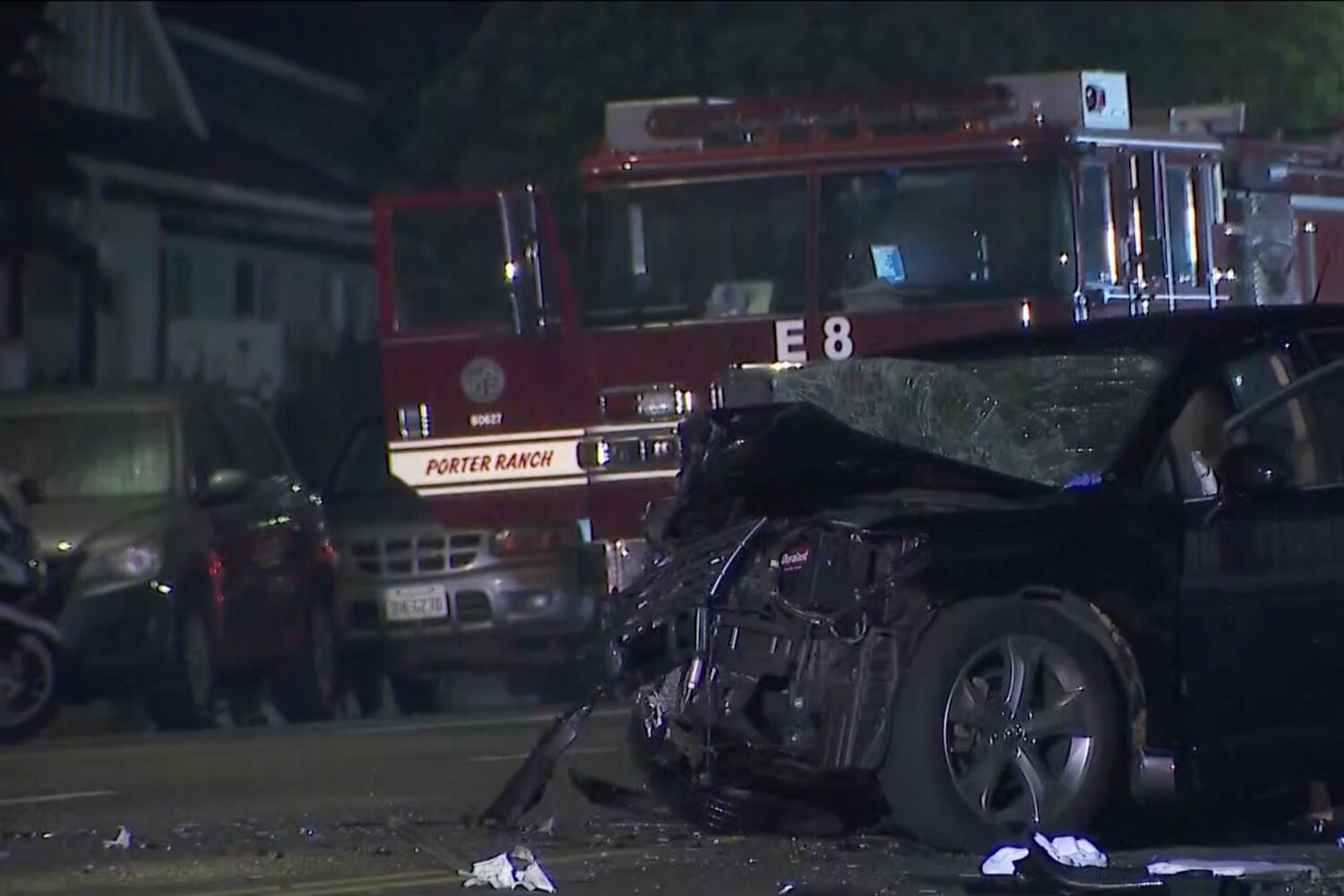 A driver accused of driving in three cars at Porter Ranch over the weekend and killing two teenage passengers in his vehicle has been arrested on suspicion of murder, Los Angeles Police Department said Tuesday.

Alexander Ceballos, 20, of Panorama City, was booked Saturday night after the crash and his bail was set at over $4 million, police said. He has been in a hospital since Tuesday.

According to police, Ceballos was speeding south on Reseda Boulevard in a Honda CR-V around 5:35 p.m. Saturday when the vehicle swerved into the northbound lanes and collided with two other vehicles and a parked car.

The CR-V carried six people, including the driver. Two of the occupants, a 16-year-old boy and a 14-year-old girl, were killed.

The boy was locked in the vehicle and pronounced dead at the scene; The girl died after being transported to Northridge Hospital Medical Center.

Ceballos was also injured and taken to hospital along with the four occupants of the other vehicles.

The other four people are said to be recovering.

Parkland father participates in March for Our Lives in DC