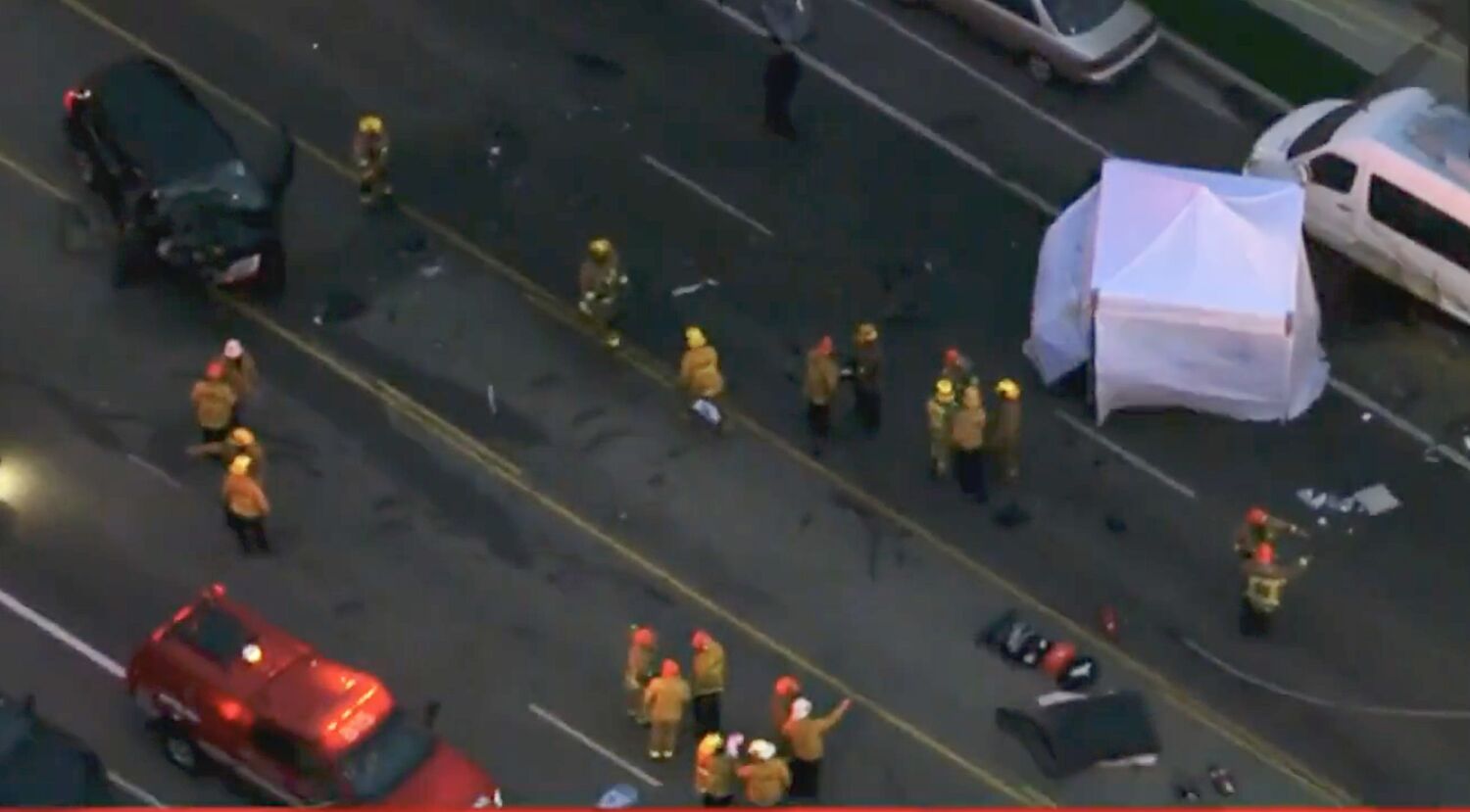 A driver who crashed into three other cars on Saturday, killing two teenagers and injuring several others, is expected to be charged, Los Angeles Police Department said.

The accident was reported around 5:35 p.m. on Reseda Boulevard south of the 118 freeway, the LAPD said in a statement.

A six-person Honda CR-V was traveling southbound on Reseda Boulevard, allegedly at high speed, when it swerved into the northbound lanes and collided with a Toyota Venza and a Volkswagen Jetta, then hit a parked car, according to Los Angeles Police Department.

People were pulled from all vehicles involved, police said.

Two of the CR-V’s occupants, a 16-year-old boy and a 14-year-old girl, died from injuries sustained in the collision.

The 16-year-old boy was reportedly trapped in the vehicle and pronounced dead at the scene; The 14-year-old girl died after being transported to Northridge Hospital Medical Center.

The unidentified driver of the CR-V was also injured and taken to a hospital.

“He will be prosecuted upon his discharge from the hospital,” the LAPD said in a statement. The police did not say what charges the driver could face.

The three occupants of the Venza and the lone occupant of the Jetta suffered moderate injuries and were all taken to a hospital. They are expected to recover.

Dozens of possibly stolen artifacts were seized from the Metropolitan Museum of Art New York, will be returned to origin countries