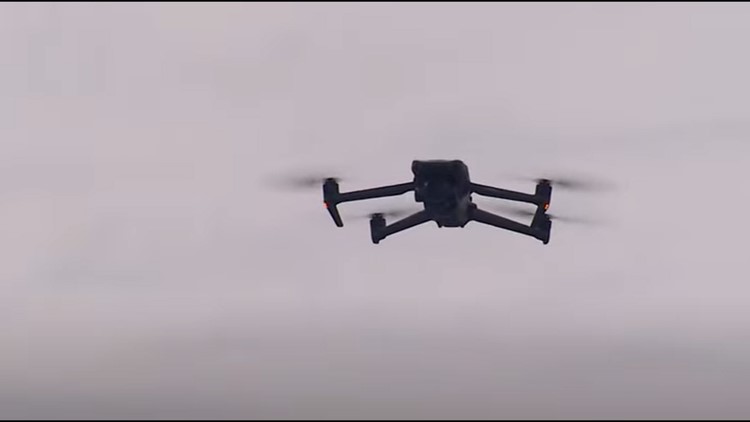 The Federal Aviation Administration (FAA) bans drones within three miles of a stadium one hour before and one hour after some sporting events.

None of the planes were associated with the games or organizations.

The first sighting came in the fourth quarter of the UW vs. Stanford game. UW head coach Kalen DeBoer said during a news conference Monday the plane was not affiliated with UW Athletics.

The second sighting came during the fourth quarter of Sunday’s Seahawks vs. Falcons game at Lumen Field.

The Federal Aviation Administration (FAA) bans drones within three miles of a stadium one hour before and one hour after events in the following sports:

“I doubt they started it from the stadium. You could have stood [outside] and flown it in and essentially flew it blind, which is another rule violation,” said Greg Thies, chief safety officer for the drone program, which is operated by Tegna, KING5’s parent company.

In some cases, the FAA can grant special permission to fly a drone over a stadium, but Thies said several safety factors are considered, including the drone’s size and weight.

“There are rules for flying the drones and there are rules for a good reason. For security reasons and not to be disruptive and honestly work outside of the context they are intended to be used for,” Thies said.

The FAA said flying an unauthorized drone over a stadium could result in civil penalties of up to $37,377 and possible criminal prosecution.

Thies said changes are coming that will make it easier to identify pilots on unauthorized flights. From September 16, 2023, drones must have remote identification capability. The FAA said it acts like a digital license plate, helping to locate checkpoints when a flight is proceeding in an unsafe or unauthorized manner.

“Especially at major events like this [the FAA] would probably have the equipment on hand to immediately determine where this aircraft is being operated from… Not only who owns the aircraft, but also where the operator is located on the ground. So they could react much more specifically to what’s going on,” Thies said.

The FAA said Seattle police are investigating the violation at the Seahawks game. As of Monday afternoon, UW had not filed a formal report with the FAA.

'Dancing with the Stars': Len Goodman breaks tie among judges to decide 2nd elimination on episode dedicated to Elvis Presley