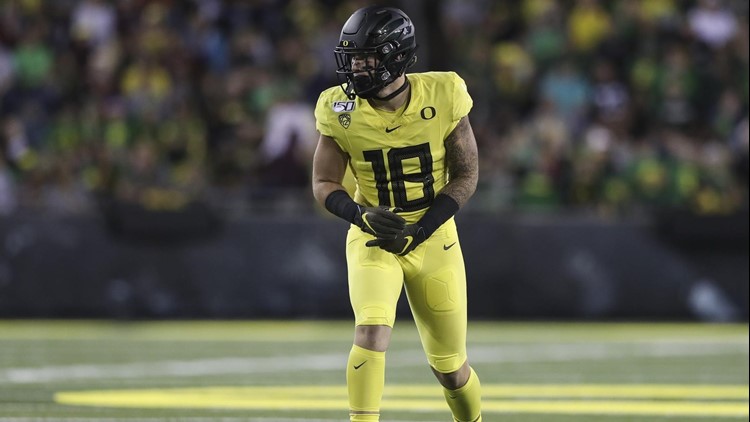 Authorities said the 22-year-old slipped and fell in an area of ​​rock slides west of the lake, hitting his head.

According to the agency, around 2:30 p.m. MPs responded to a report of an injured person in the area. When they arrived, deputies found that 22-year-old Webb had been in a rockfall area west of Triangle Lake when he fell and cracked his head.

Local people and paramedics tried to revive Webb, but to no avail. Sheriff’s Department search and rescue personnel helped get him back to the roadway because he was about 100 yards down a steep path.

“There is no evidence of foul play and his death appears to have been an accident,” LCSO said in a brief statement.

The sheriff’s office declined to identify the man until his next of kin were notified, but several people close to Webb responded to news of his death on social media. Sources at the U of O also confirmed his identity to KEZI in Eugene.

Ducks football coach Dan Lanning tweeted about Webb’s death and said how much he is missed.

🙏 So full of life every moment of the day. We will miss your smile and energy, Spencer. I love you!

A native of Sacramento, Webb attended Christian Brothers High School and was a junior at the University of Oregon.

This is an evolving story and will be updated with more details as they emerge.

Woman critically injured after trying to save kids from ocean in Brigantine, New JErsye