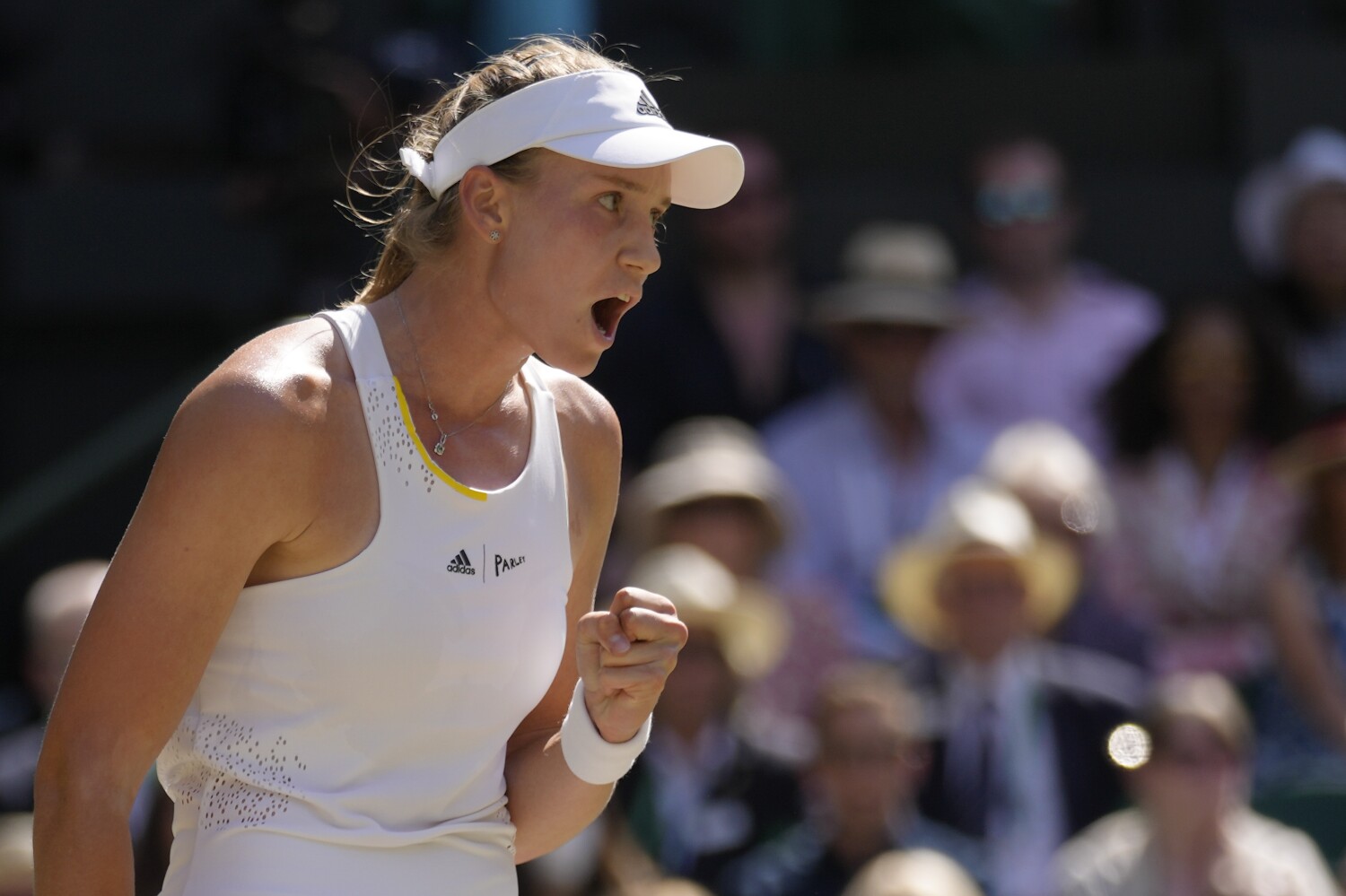 Relying on her nerves of steel, powerful groundstrokes and remarkable speed to chase drop shots, Rybakina, 23, battled for the win in front of a center court crowd that clearly favored Jabeur.

Jabeur, a Tunisian who also played in her first Grand Slam final, became the first Arab woman to make it that far in a major.

A crucial point came in the third set when Jabeur failed to convert three break points and Rybakina came back to win the game and take a 4-2 lead.

But for a decision she made several years ago to change her nationality from Russian to Kazakh, Rybakina should not have entered the tournament. Russian and Belarusian players were denied entry to the tournament due to the Russian invasion of Ukraine.

In 2018, Moscow-born Rybakina decided to change her nationality because the Kazakh Tennis Federation offered financial support to her and her family.

As for Jabeur, her parents couldn’t attend the game because their visas couldn’t be processed in time.

History will be made by UCLA on Saturday: Five things to watch against Alabama State