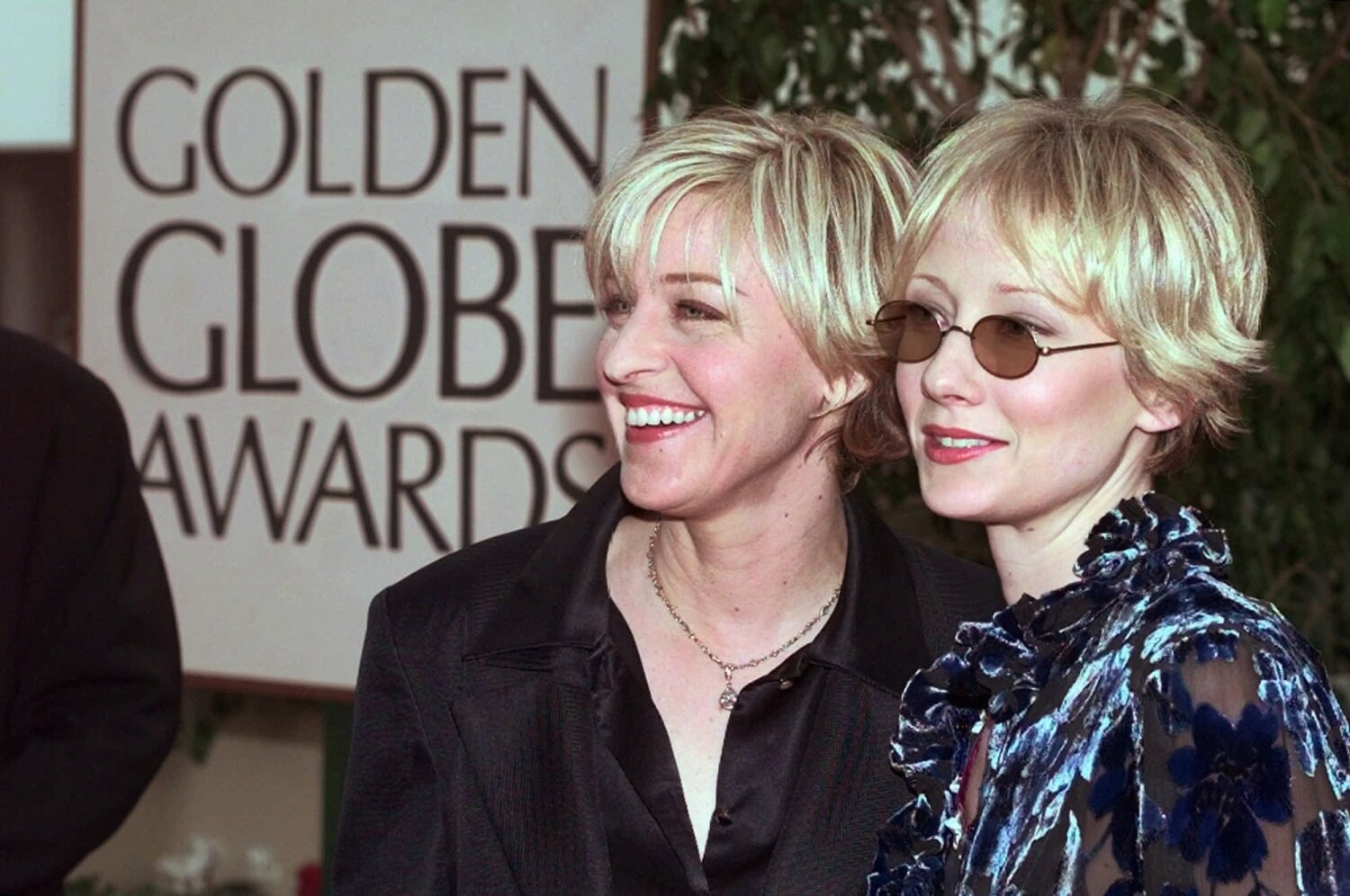 Heche was hospitalized on Friday after driving her car into a house, causing it to catch fire. She is in a coma after severe burns. A spokesman for Heche told The Times that the actor is “in critical condition” as of Monday, with “a significant lung injury requiring mechanical ventilation and burns requiring surgical intervention.”

When DeGeneres, who dated Heche from 1997 to 2000, was approached by a Daily Mail photographer in Santa Barbara on Monday, she was asked about her ex’s condition. DeGeneres kept her response short and sweet: “We’re not in contact with each other, so I wouldn’t know.”

The former talk show host added, “I don’t want anyone to get hurt.”

In 2001, a year after the two split, DeGeneres spoke to The Times about the end of their relationship.

“I felt safe and I felt like we shared so much together and it was the first time my heart was broken and it was in a big way,” she continued. “Because there’s no closure… I know what it’s like to lose someone and it’s a terrible feeling, [but] It’s almost worse to lose someone and know they’re still alive out there and I don’t get it. So it was a big heartbreak.”

DeGeneres is the latest celebrity to comment on Heche’s accident.

Alec Baldwin, one of Heche’s frequent co-stars, shared a video on Instagram on Saturday.

“There aren’t many women I’ve worked with who are as brave as Anne,” Baldwin said. “She would do anything. She was very original and very brave.”

Fellow actress Rosanna Arquette tweeted On the day of the accident, he wrote: “Anne Heche is in hospital badly burned from a car accident, this is truly tragic. Pray for her.”

Heche’s ex-boyfriend James Tupper, with whom she shares a son, Atlas, sent his “thoughts and prayers” with an Instagram photo of the actor on Saturday.