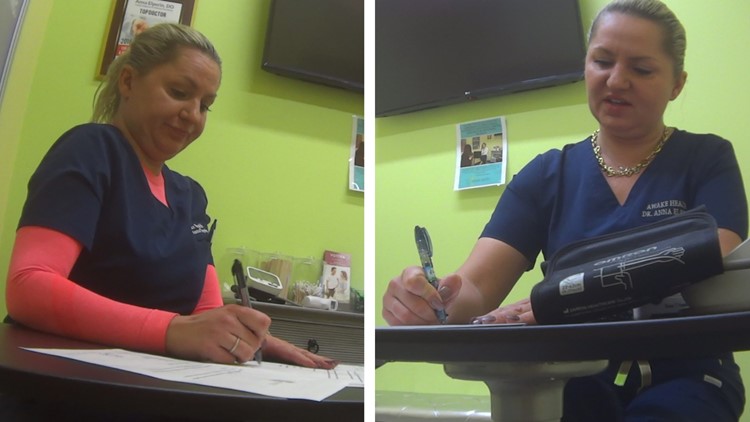 Ellensburg doctor Anna Elperin is accused of improperly keeping records for an insulin-dependent diabetic and failing to comply with opioid prescribing regulations.

The Board of Directors for Osteopathic Medicine and Surgery on Wednesday suspended Anna Elperin’s license as an osteopathic doctor pending further legal action.

Elperin’s license was previously restricted in December after the board accused Elperin of writing vaccination exemptions without medical justification. Under this restriction, Elperin was not allowed to write new COVID-19 vaccine waivers.

The full suspension is based on new charges against Elperin alleging she signed vaccination waivers without recording or stating a medical condition to justify them. The charges also accuse Elperin of failing to complete the required assessment and record keeping for an insulin-dependent diabetic with hypertension. The board also alleges that Elperin failed to comply with regulations on prescribing opioids for high-risk patients with chronic pain.

Elperin has 20 days to request a hearing to challenge the new charges. According to the board of directors, the charges against Elperin in December are currently being challenged.

Elperin cannot practice in Washington until the new charges are resolved.

The disciplinary action against Elperin follows a Nov. 5 investigation by KING that found it has repeatedly signed and sold COVID vaccine and mask waivers to residents across Washington state, in some cases without questions being asked.

Elperin issued mask and vaccine exemptions to four undercover KING 5 journalists in the fall without asking if they had a qualifying medical condition preventing them from receiving the vaccine, for a cash fee.

The doctor also wrote exceptions for other patients who had no legitimate medical reason to receive one, including those trying to evade local and state pandemic mandates.