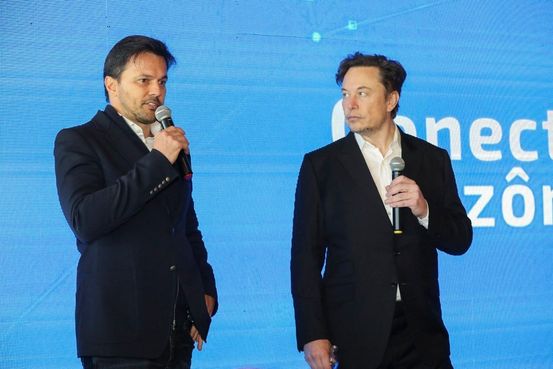 SAO PAULO — Elon Musk, the world’s richest man, flew to Brazil on Friday to announce his plan to connect thousands of Amazon schools to the Internet and help monitor illegal logging in the rainforest. the world’s largest region.

In a joint statement with the President of Brazil Jair Bolsonaro, chief executive officer of Space Exploration Technologies Corp. said he planned to bring 19,000 of the most remote schools online using his rocket company’s Starlink satellite network. Musk did not give further details about the project.