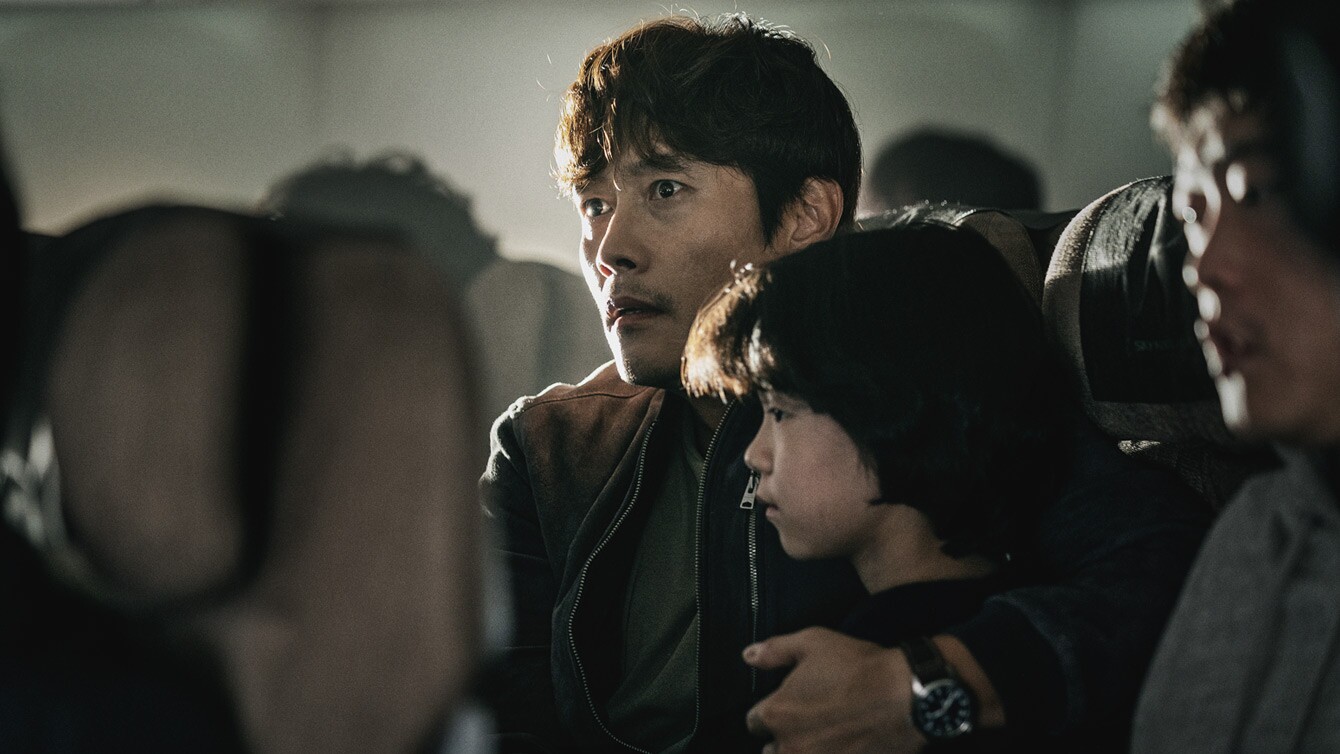 Despite the presence of two of the country’s biggest stars in an airline disaster thriller, “Emergency Declaration” doesn’t look or feel like your typical Korean blockbuster. Recorded hand-held in a vérité-inspired style, it effectively creates tension. It generally avoids the theatrics that so often is the genre’s baggage in most nations’ cinema – until an emotionally manipulative denouement makes for a hard landing.

The clever but not heroic detective In-ho (Song Kang-ho, the father in “Parasite”) sends his beloved wife Hye-yoon (Woo Mi-hwa) to Hawaii. Single father Jae-hyuk (superstar Lee Byung-hun, last seen by American audiences as the frontman in “Squid Game”) takes his young daughter on the same flight. Then there’s the handsome, young, uptight Jin-seok (Im Si-wan), who shows up without a ticket and asks to get on the flight with the most passengers. This can’t be good.

Indeed, Jin-seok has bad intentions that could endanger the lives of everyone on that Hawaii flight, and possibly many, many others as well – it’s a virus-related conspiracy that’s sure to make viewers particularly uncomfortable in this pandemic age (ironically in a movie). will be repeatedly delayed by COVID). Writer/director Han Jae-rim expertly unravels the many threads of the story, while In-ho uncovers clues on the ground and Jae-hyuk, also not a fighter, discovers the danger in the air. The performances are consistently solid, particularly from the two leads, and the generally understated cinematic style keeps us in the story’s pocket.

There are a few suspicious coincidences (a particular passenger happens to be a pilot, etc.) and the film tends harshly to a contrived stab at tear-jerking nobility in its climax moments. It’s a shame, because this clumsy ending pulls us out of our predicament and relieves a lot of the tension with its artificiality.

‘Emergency Declaration’ received a special screening at Cannes last year and then faced additional COVID-related release delays before finally releasing this month in Korea (where it already ranks among the top five recordings of the year). Aside from some not-great CGI elements, it has some of the “event” elements that would draw people back to theaters, although it doesn’t survive the landing.

LIV golfers didn't show they were harmed by PGA Tour

How BTS could avoid military service in South Korea