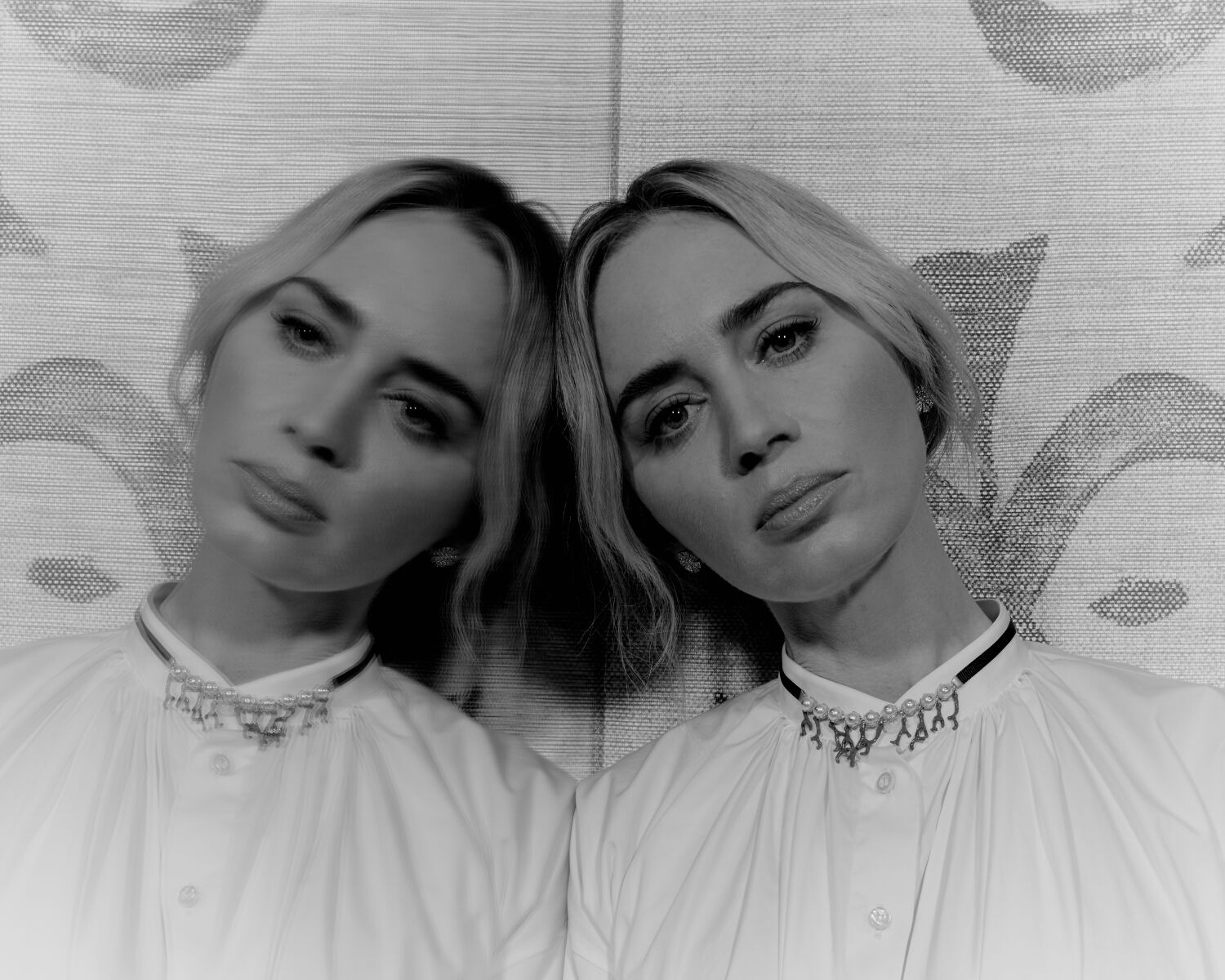 Don’t let the name throw you off. “The English” is a Western set primarily in 1890. It is also the term Native Americans gave to foreign invaders, regardless of nationality, who came to the West to seek their fortune at any cost. Writer, director and executive producer Hugo Blick (“The Honorable Woman”) created a story that is alternately spooky, grisly and beautiful.

Emily Blunt plays Lady Cornelia Locke, who is driven from England to America by grief and revenge. She meets Eli Whipp (Chaske Spencer), an ex-cavalry scout from Pawnee, as he tries to return to a home that no longer awaits him. Blick writes of his inspiration via email: “When a country is reforged, the dreams become nightmares for those who stand in its way. I was interested in telling a love story about two very different people who stood in their way.”

Speaking of Zoom, clad in a shimmering white high-neck dress that would suit Cornelia, Blunt, who also served as executive producer on the Amazon limited series, is happy to see a character return that she doesn’t really want to shake.

This story is full of unexpected twists with extra half twists at the top. Did that first grab you when you read the scripts?

I was utterly absorbed by the endless surprises and shoved aside. It’s the kind of show that cuts you off at the knees when you think you’re going in the right direction. I was always stunned by the number of dead, by the people who were mercilessly killed at such a speed. But what’s beautiful and brilliant about Hugo Blick is that there’s something upbeat about his writing – “Oh, you like that character? They’re gone now, but I’ve got 10 left and waiting for this.” — and so much confidence in how he was going to handle the next saga and the next obstacle and the next bout of violence. There’s joy in it, and I felt that in the script.

Cornelia does her part to increase this body count.

This was very exciting to play because she seems to want revenge with quite a lot of enthusiasm and positivity and she’s quite open about it and seems to live quite fearlessly. And then you have the humanity of the aftermath of those moments reckoning with what she just did. I like that her guilt about eliminating humans fades as the series progresses, knowing that she has this great drive towards her ultimate goal, the big bad wolf.

That would be Melmont, played by the amazing Rafe Spall.

He comes onto the show like a deadly Ferrari. Like a wild animal. And sometimes it was like doing scenes with a wild animal. Luckily he is the most beautiful person off the set and we had so much fun sightseeing in Madrid together. But he was an exceptional co-star, with just the right amount of unpredictability to keep me up at night after we shot those scenes. I would think about them all night, they would be in my body, they would be in my veins, they were just so intense.

Then we have your leading man, Chaske Spencer, whose Eli Melmont is diametrically opposed.

Let me talk about how transformative he is as a person because when you meet Chaske he’s a very vibrant, warm, exuberant type of person, and for all that, to simmer and sink, and for him, with such restraint To play, I just took courage – doing nothing and knowing that it will be magnetic. He has charisma in the wazoo. I said to him today, “You’re going to make hearts all over the world beat for this character.” But he’s such a lovely person.

This time, does it affect in any way that you include the executive producer in the mix, or do you take off your hat while you’re shooting?

I’m taking it off completely during filming because I know this type of character is going to push me to the max. Every project I work on I feel like I’m looking at it inside out, so I never look at dailies, I don’t look at renditions. I don’t find it helpful; I have no interest in it. Then after I’m done filming and the intimacy I have with it is over, I really don’t mind seeing it mirrored back to me. And I can be quite objective. I’ve realized over the years that I don’t just want to do the acting side of things. I’m interested in all facets of it – the editing, the color timing, the music, everything. It’s just a matter of deciding when to put the hat on and when to take it off. I don’t know how to do both when filming.

Was it hard to let Cornelia go after filming?

She and this show will forever have her fingerprints on me. I was really so impressed with it and the experience of playing her, not only because of the tragedy and dignity of her story, but also because of her endless hope. There’s this vivacity in the character that, even after so much suffering, is so surprising that I think she’s a real hopeful character for people. She felt like a beacon to me. I was just in love with her, so it was really hard to say goodbye to her at the end.

https://www.latimes.com/entertainment-arts/awards/story/2022-11-21/emily-blunt-finds-the-thrill-of-revenge-in-the-english Emily Blunt finds the thrill of revenge in ‘The English’

‘The Unofficial Bridgerton Musical’ is officially being sued