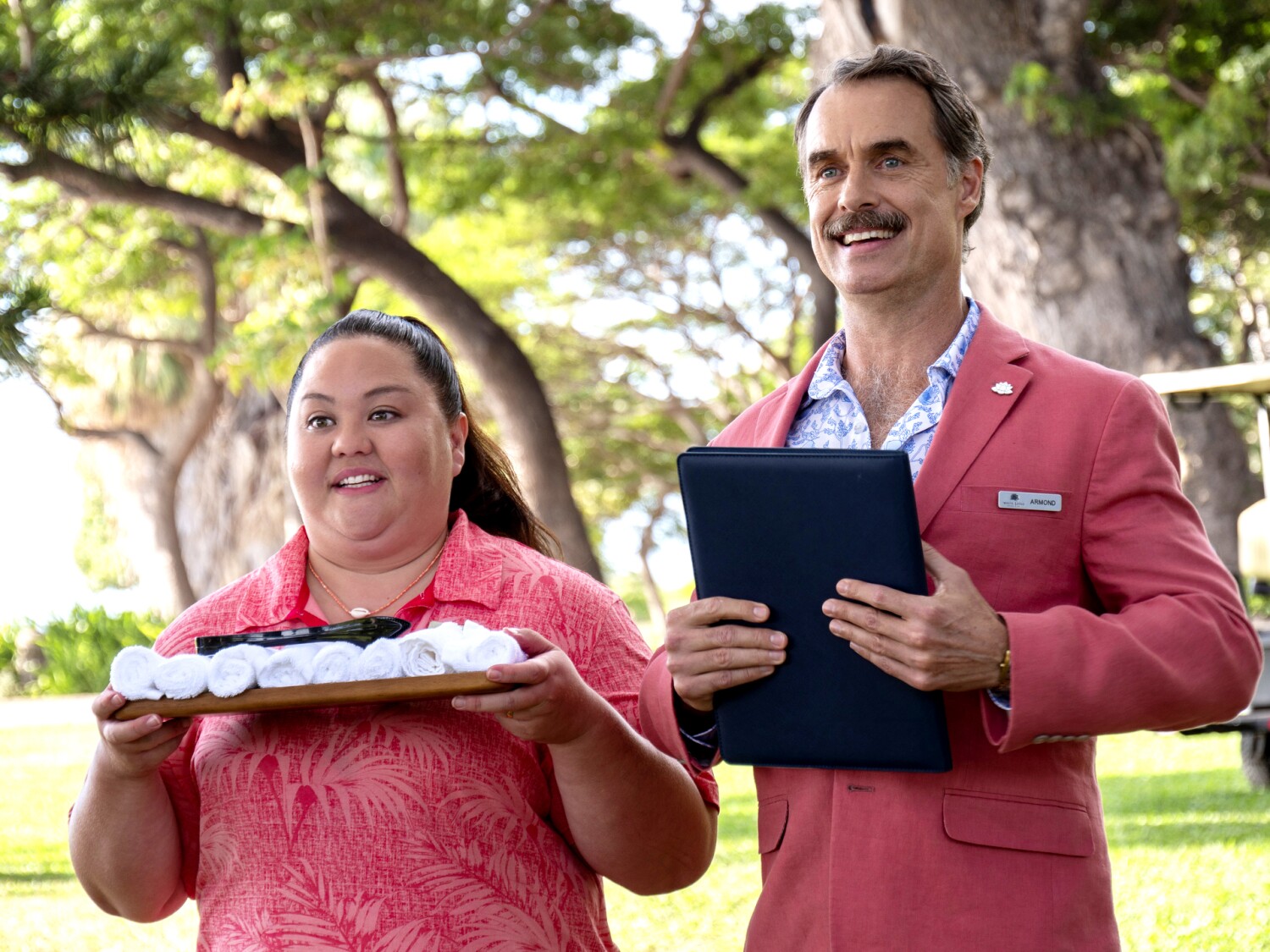 Here we are, six months into the year, and the front-runners in the limited series categories remain the same shows we’ve watched and loved from 2021 onward — HBO’s sharp satire of entitlement, “The White Lotus” (which premiered nearly a year ago and two series starting in October, Netflix’s intimate drama Maid and Hulu’s heroic Dopesick. You’ve already heard “Dopesick” star Michael Keaton give some heartwarming speeches while accepting awards for his poignant work on the show. He’ll probably have another one at the Emmys too.

All of this is pretty surprising given the number of splashy limited series that networks and streamers have been throwing at audiences ahead of the May 31st Emmys eligibility deadline. These shows boasted A-list stars like Viola Davis, Gillian Anderson (“The First Lady”), Andrew Garfield (“Under the Banner of Heaven”) and Julia Roberts and Sean Penn (“Gaslit”). HBO brought us a terrific true crime series starring Colin Firth (“The Staircase”). There was in-depth investigation into the rise and fall of Theranos (“The Dropout”) and WeWork (“WeCrashed”) and… and… and… you get the picture.

Perhaps that’s why the early favorites remain the Favorites is that voters couldn’t possibly have the time, energy, or (to be honest) inclination to dig into all of these titles that came out around the same time.

That and those early favorites, particularly “Maid” and “The White Lotus,” remain this Emmy year’s best limited series. These shows — and their cast — figure prominently in my predictions here. A note: the number of nominations for the actors in the major and minor categories is determined by the total number of submissions that were not available at the time of writing this article. So I’m going with the previous year’s numbers.

Our annual appeal to the Television Academy to increase the number of nominees in this category has not resulted in any change. Though the comedy and drama series categories have a (over?) slew of eight nominated shows, here we’re still (sorry) limited to five measly nominees in a category that produces much of the year’s most talked-about programming.

With only five slots and the three seemingly safe early standouts, that doesn’t leave much room for the laggards. The Staircase didn’t arrive with the hype of many of its competitors, but its sophisticated approach to its true-crime genre captivated viewers, backed by a cast of top-notch stars (Firth, Toni Collette and Michael Stuhlbarg). I think it will creep in before “The Dropout”… although “Under the Banner of Heaven” could also be the snub. I do not know. Both series deserve nominations. Did I mention that we need to expand this category?

I’m reluctant to toss around the terms Emmy bait or Oscar bait when it comes to award-competing movies and TV shows. But if any project comes close to that label, it’s Showtime’s The First Lady, a disappointingly conventional look at the three legendary FLOTUS – Eleanor Roosevelt, Betty Ford and Michelle Obama. The best performance in the series – certainly the most Achievement on the show — is part of Michelle Pfeiffer’s revealing turn as the lonely Betty Ford, but voters may be drawn to Viola Davis or Gillian Anderson’s mannered Roosevelt … or show a degree of reluctance and ignore the show altogether. If there’s any inclination to reward an A-list star, Julia Roberts’ striking and overall excellent performance in “Gaslit” should scratch that itch.

There are a number of different avenues voters can take in this category, which, like its actress counterpart, is crammed with contenders. Sebastian Stan was more convincing as the mad rock god Tommy Lee in “Pam & Tommy” than the show in its attempt to give Pamela Anderson an authentic voice. (We’ll have to wait for the Netflix documentary for that.) Jared Leto channeled WeWork founder Adam Neumann’s charismatic narcissism in “WeCrashed.” The always superb Ben Foster gave a powerful performance in The Survivor as an Auschwitz inmate who was forced to box fellow inmates to death. All are worthy; there just aren’t enough seats.

I double down on both The White Lotus and Maid. The underrated Andie MacDowell is the most well-known choice for the latter show for her portrayal of the bipolar mother of single mother Alex (Margaret Qualley). (That she’s Qualley’s real mother is a beautiful story.) But Anika Noni Rose was just as good and pivotal in the series’ exploration of privilege and poverty. They could also make strong arguments that “Dopesick” deserves multiple nominations, as Rosario Dawson excelled as a hard-bitten DEA agent pursuing Purdue Pharma. Or voters could double down on Juno Temple, who is likely to be nominated again for “Ted Lasso” and was the best behind-the-scenes part of the “Godfather” saga “The Offer.”

The White Lotus is likely to win Emmys for Jennifer Coolidge (of course) and for Murray Bartlett, who, as a picky, put-on resort manager, essentially starred in the series. Watching Bartlett over the course of the show’s six episodes has been one of the great joys of television’s year and brought back memories of John Cleese’s Basil Fawlty, our favorite hotelier so far.

How To Get Darth Vader’s Lightsaber In Fortnite